There can be no doubt that having revolutionary automation, limitless live production software, and fast/easy solutions to IP video allows for NewTek to continuously usher in the ongoing expansion of user capabilities. NewTek is reinventing the world of video production, and the IP video giant will most certainly further demonstrate this unique talent come mid-September at IBC 2019.

Since 1985, NewTek has led the IP video technology sector by producing live and post-production video tools, as well as visual imaging software for personal computers. This year, in its home town of San Antonio, Texas, the company went beyond its Kansas roots and showed just how far it had come as a beacon of technological innovation. On September 4th, 2019, NewTek expanded upon the frontiers of Software-Defined Visual Storytelling where it demonstrated the universal power of IP video.

According to Dr. Andrew Cross, the president of R&D for Vizrt Group, (parent brand for NewTek), the core mission of NewTek is to “Empower video storytellers and expand their reach, making it fun and exciting to create shows and get your message out” Cross went on to further state that “It is clearer than ever that IP is not only the standard for video production, it is the future of video.” He also mentioned several of the company’s newest products and how they each offered something extraordinarily powerful for any level user. Several of these new products included: 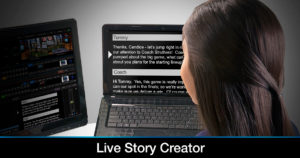 Thanks to NewTek Premium Access software, storytellers are now more capable of optimizing their total cost of ownership of NewTek production systems with the latest cutting-edge features, and this is all thanks to Live Story Creator. The Live Story Creator uses Microsoft® Word® to build a script in Microsoft Word with triggers for actions, which allows for it to easily execute a loaded show into TriCaster® or VMC1. Premium Access also includes scalable NDI® recording and replay with full synchronization for an easy multi-camera production, digital media aspect ratios and frame rates for digital screen/LiveGraphics delivery, NDI KVM, LivePanel, Advance Audio, Virtual PTZ, and more. 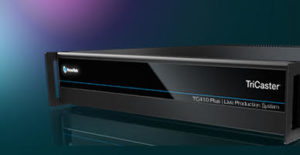 TriCaster systems equip digital media professionals with a great set up of media production capabilities, which put quality, consistency, and efficiency as the top priorities. The TriCaster 410 Plus is no exception as it works as a rack-mountable system with features such as:

The TriCaster 410 Plus is powered by innovative software-defined technology, which holds the potential to awaken the inner artist within any media professional talented enough to fully utilize and turn every frame of video into what will surely be a masterpiece of artistic triumph. 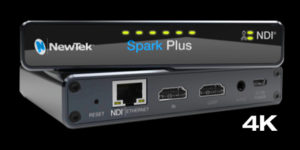 NewTek Spark converters can capture video directly from connected cameras or devices for transport over the network as visually lossless. The newest addition is the Spark Plus™, which is a high-bandwidth NDI device that supports resolutions up to 4K from HDMI-to-NDI with virtually no latency. Spark Plus devices are the smallest, fastest and easiest way to acquire a 4K video source from anywhere on the network. 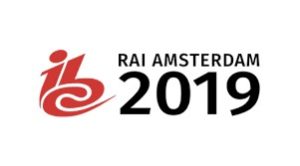 With this latest technological endeavor, NewTek is transforming the ways in which visual storytelling can be incorporated. The NewTek exhibit will be held in IBC2019, Hall 7 Booth #C12 at the RAI convention center in Amsterdam from September 13-17 where it will demonstrate its themes as well as additional solutions such as:

For more information about NewTek at IBC 2019, then check out www.newtek.com/ibc2019/.