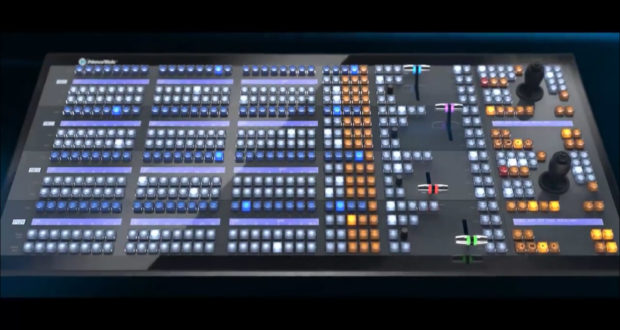 THIS is a Broadcast Beat EXCLUSIVE RELEASE!

Anyone who is in the industry knows that NewTek products integrate multiple functions into single hardware units for live multi-camera video production, providing many full and sometimes unobtainable features that are unavailable elsewhere.  What people may not be ready for is the ground-breaking technology that NewTek is about to unleash.

Not all of the best ideas are super complicated or dizzyingly deeply detailed.  Many of the really revolutionary concepts seem obvious. Every time I see an idea like that, I feel like slapping my head and groaning: “Why didn’t I think of that?”  Well, NewTek’s ‘newest’ idea is a doozy! Nothing shakes things up like an earthquake, does it? Let’s call this one a techquake by comparison, a global techquake.

I’m getting ahead of myself.  Let me talk about a few foundational elements first.

Let’s start with the Telegraph – pulsed electric signals provided a form of communication; next, came Radio… Television… Satellites… Fiber optics… all of which were seemingly eclipsed by the Internet and Internet Protocol (IP). The latest to move over to IP? Television distribution. Every media company is on it, delivering their content fairly officially to the end-users.

What this deceivingly simple notion began as was a simple question: why can’t we just do that part of our operation or process over here instead of over there?  Why does all the equipment have to be in one place? The answer is it doesn’t.  But how do we get it all together without a monumental cost?  The Internet provides a worldwide forum for communication – not just for us humans but for our machines as well?

The real question is if television distribution is the latest to utilize IP, the creation and the production of the content being distributed should also be.

Internet Protocol. That’s the key.  But how can that happen?  The Internet is a wonderful thing – it has brought the world closer together and made it a smaller place… but is that all it can do?  For all its greatness, it can’t run SDI signals… or can it?

NewTek has taken video, audio, and control signals from existing components, transfers them digitally using NewTek’s Network Device Interface (NDI™) technology, which then allows multiple video systems to identify and communicate with each other over a standard computer network.

Excuse me? What does this new bit of tech do exactly? Well… it creates an ecosystem in which all existing devices can communicate with each other inside the pre-existing network infrastructures!

This is where your mind starts to imagine the possibilities. Why do media facilities have to be one place? Maybe they don’t! They can be spread all over the place!  Content can be created in the Sudan, Brazil and the Arctic, render it in Tulsa, edit it in Quebec, then have the final polish put on it in London – all in the same moments as it’s happening! OK, I’m getting ahead of myself again, but this clearly seems to be the direction things are heading.

The NewTek IP Series is the first large production system designed for IP video while also being fully backwards-compatible with SDI!  Unlike NewTek’s ground-breaking TriCaster line, the NewTek IP Series consists of modular components that perform specific functions that can be added as needed. At the heart is the VMC1 Video Mix Engine that encompasses the UI, a full array of features and controls, and is capable of switching up to 64 source channels including 44 live video inputs. Multiple Video Mix Engines can be connected to the network as needed. Also connected to the network is a compatible 4-stripe control surface with 4 independently assignable stripes.

So how does it deliver SDI signals into the network?  Through a separate module called the NewTek VMC1 IN Studio Input Module. Very simply, it converts 4 SDI inputs into NDI signals recognizable by the Video Mix Engine.

Modules can be added as needed — where you need them — anywhere on the network. This is huge because your cameras don’t need to be near your control room, they just need to be near your network. Output works on the same concept. The NewTek VMC1 OUT Studio Output Module converts NDI signals back into SDI and can likewise be placed as needed anywhere on the network. It is breathtakingly simple.

Current and future resources can be integrated through an interconnected production workflow using commercial-off-the-shelf network infrastructure.  Facilities and organizations no longer have to abandon existing investments in SDI infrastructure or implement high-priced, high-bandwidth networking to migrate to IP. NewTek has created an interface bridge that accomplishes that crossover!

Up until now, small and elite broadcasting engineers and firms controlled the standards for the media industry; NewTek’s IP Series creates an NDI™ network that allows SDI devices to be seen and accessed across it.

“Our engineers asked themselves, ‘what would it look like if we built a live video production environment to take advantage of NDI and an existing IP network infrastructure?’ The answer is the NewTek IP Series,” states Scott Carroll, Director of Public Relations at NewTek. “It helps to maintain investments in SDI and IP infrastructure while, at the same time, allowing companies to take advantage of the standard IP network already in place. It is essentially limitless.”