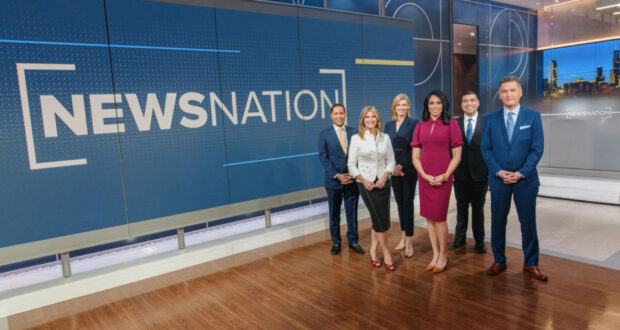 For The Donlon Report and Banfield, the studio created original themes that support the unique content, format, and distinctive host personality of each show. “The theme for The Donlon Report has depth and weight to fit the common sense views and insight of veteran anchor Joe Donlon,” says Stephen Arnold Music VP/Creative Director Chad Cook. “It’s a rich, engaging sound that works with a wide range of subjects from politics to pop culture, while complementing the network’s overall brand.”

The theme for Banfield, meanwhile, taps into that show’s lively talk format and eclectic mix of guests, as well as the vibrant personality of its host, acclaimed journalist Ashleigh Banfield. “It’s contemporary, energetic and has a late-night feel,” notes Cook. “It draws you in right away with a strong melodic signature and spirited groove.”

Cook adds that Killian had a clear vision for how to present each show, and how to use music to enhance their brands. “Jonathan wanted the music to be versatile, to have broad, mainstream appeal, and accurately mirror show content,” Cook says. “We explored various styles, pacing and instrumentation before arriving at musical signatures that work seamlessly with the visuals and communicate the essence of each show.”

About Stephen Arnold Music:
Often referred to as the most-heard, least-known composers in the world, Stephen Arnold Music’s creativity is experienced every day in more than 500 million homes worldwide.  Based in Dallas, Texas, with additional studios in Santa Fe, New Mexico, The World Leader In Sonic Branding® has more than 25 years of success delivering impactful, brand-defining music that makes a difference for today’s top broadcast networks, cable channels, television stations, digital media outlets, production companies, corporations and advertising agencies.  With multiple Emmys, Addys and Promax Gold awards to their credit, Stephen Arnold Music’s specialized approach and commitment to the power of sonic branding, state-of-the-art production and unparalleled customer service is at the core of its promise. Stephen Arnold Music continues to set the creative bar in a highly competitive content landscape. For more information, please visit www.stephenarnoldmusic.com