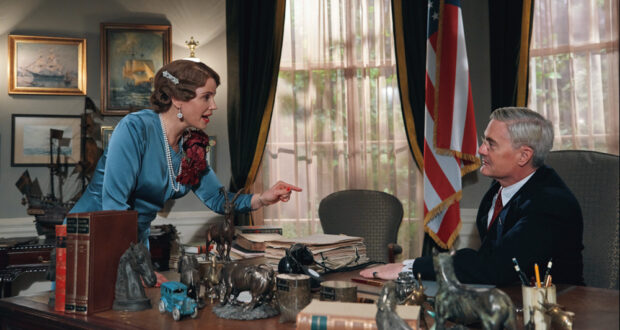 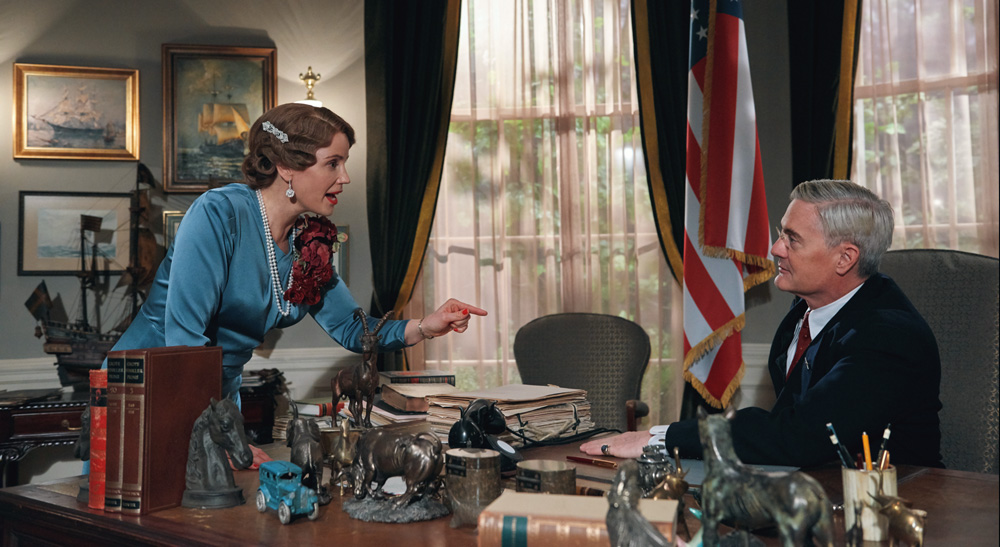 Starring Sofia Helin (The Bridge, Arn), Kyle MacLachlan (Twin Peaks, Sex in the City), and Tobias Santelmann (Exit, The Last Kingdom), the series follows the true story of Crown Princess Märtha who fought for her country and her marriage during the tragic events of World War II.

“I was fortunate enough to be involved from the very first camera and lens tests back in October 2018,” begins Hopkin. “It was great fun getting to know the project and the core creative team at such an early stage. During the shoot I did multiple test grades and other consultation work to clarify any questions that the production had during the shoot.”

According to Hopkin, his brief was to create a painterly aesthetic that accentuated the cinematography and represented how viewers would perceive the characters, costumes, production design and historical locations, in real life.

He adds, “I created a custom contrast curve in DaVinci Resolve that gave a soft highlight rolloff, a touch of lower gamma fill light to achieve more details in the shadows and a near black response. There was also a slight amount of cyan in the shadows to create more color separation.”

Atlantic Crossing takes place in several countries, including Norway, Sweden, Finland, the UK and US. Hopkin reflected this in the grade. “We added subtle differences to each of the regions,” he explains. “Be it the dark colder hues of war torn Oslo and London, or the more saturated high key feeling of hopefulness in Washington D.C.”

A particularly useful tool, Hopkin remembers, was the built in Face Refinement OpenFX plugin. He says, “The fashion of the day in the 1940s featured plenty of hats, and the hat brims frequently shadowed the actor’s eyes. In addition to tracking power windows for some face illumination, I used the Face Refinement’s Eye Light feature to subtly brighten the eyes.”

Hopkin followed Rec.709 standards during the entire post pipeline. “I used Resolve’s built in Gamut Mapping OpenFX to tame out of gamut colors, and the GPU accelerated video scopes to keep an eye on the video levels. All deliverables were 1080p25 in SDR.”

Due to the situation with Covid-19, Hopkin and the team struggled to have face to face sessions but the technology enabled the project to continue. “The tight integration of Frame.io within DaVinci Resolve became extremely important for us working remotely. Getting all the comments directly into my grading timeline was priceless. This approach has opened up lots of new possibilities and will continue to be important when society begins to normalize.”

Currently airing on Norway’s NRK, Atlantic Crossing will be released in the US in Spring 2021 on PBS Masterpiece.

Product photos of DaVinci Resolve, and all other Blackmagic Design products are available at www.blackmagicdesign.com/media/images.