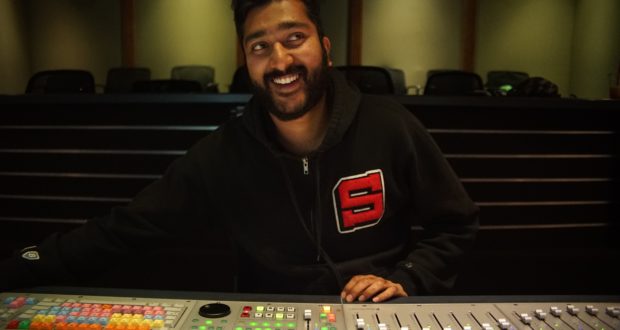 HOLLYWOOD, CA, DECEMBER 18, 2018 – Sound Designer and Music Producer Shreyas Srinivas first started out as a guitar player and later switched to music production. As a producer, he began doing a lot of work in post production, including sound design, sync sound and re-recording for a range of indie projects, short films and TV shows as well as a variety of Bollywood films. Recently, he used NUGEN Audio’s SEQ-S and Stereoizer plug-ins on a short film about PTSD titled, Discharge. The plug-ins helped him achieve the perfect balance between the score and emotional dialogue. 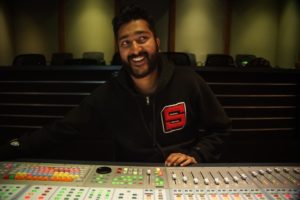 “I read an article about Sound Designer and Re-Recording Mixer Sreejesh Nair using NUGEN Audio, so I checked them out and was immediately hooked,” says Srinivas. “SEQ-S and Stereoizer are extremely simple, have an easy-to-use interface and feature powerful underlying algorithms. Other similar plug-ins do not come close to NUGEN’s solutions. I like to try new ideas, push the boundaries and make the best use of the tools I have to get the best possible results. When you mix on high-end monitors, you lose perspective of how some frequencies can be exaggerated on bad reproduction systems. With projects having deadlines and time constraints, you need your go-to plug-ins to get the job done fast and efficiently, which is where NUGEN comes in.”

When mixing, Srinivas likes to give every object its own space and tries to stretch the boundaries of width by placing things in areas that are very different and unique. He has set templates that reduce prep time and stress in the later stages, so he can focus on the meaning of the scene and being creative. “SEQ-S and Stereoizer are extremely powerful for the simple GUI they have,” says Srinivas. “SEQ-S has blown my mind in how intuitive it can be, like the invert button that, with a click, can completely negate any clashing frequencies and has a smooth response to the audio it’s being used over.”

On Discharge, the story has a substantial use of openness and quiet to portray unsaid thoughts and emotions. The score is heavy, wide, loud and deep with subtle dialogue going on over it to compliment the acting in each scene. “I had to be able to carve out just enough room to not bury any words of significance and importance to the story and SEQ-S was the best tool I could use for that,” says Srinivas. “The mid/ side feature is a godsend. With some high pads going on below a fat layer of drums and bass, I could tweak the mid to have the dialogue fit in with the center information and let the sides breathe and develop over the scene.”

Throughout the film, he automated the EQ curves as it flowed over the dialogue and SFX, often letting the dialogue take the lead. Srinivas was working with a combination of production audio and ADR. The composer really appreciated how he let every element stand out when it needed to.

“With the NUGEN Audio plug-ins, I found it easy to capture a sample of a sound and have it fit in the same environment,” says Srinivas. “The filters on the high and low pass are straight out of my imagination. There’s a certain depth and lushness to it that’s hard to describe. It adds a certain sound that I used on a few delay effects where it progressively gets muffled over time and dips out. I can’t think of another plug-in that would allow me to produce that type of sound.”

Discharge is a short film about the trials and tribulation of a military war veteran’s experiences as he transitions back into civilian life. The story is inspired by true events from writer and veteran Max Philisaire and the lives of fellow military veterans.

“Every project is a learning experience,” says Srinivas. “Mixing this film was a revelation as I got feedback from many people it affected, and it helped me understand what they were hearing or imagining in the mix. It’s an emotion and a delicate balance. When you get positive feedback from viewers about the elements and sound effects they hear and feel, you know you have done your job well.”

Information about SEQ-S and Stereoizer, along with NUGEN Audio’s complete product family, is available at www.nugenaudio.com. For all other inquiries, please email [email protected].

NUGEN Audio is a manufacturer of innovative and intuitive professional audio tools that provide the broadcast and post-production industry’s most advanced solutions for surround upmixing and end-to-end loudness management, metering, and correction from content acquisition through to playout. Reflecting the real-world production experience of the NUGEN Audio design team, the company’s products make it easier to deliver high-quality, compliant audio while saving time, reducing costs, and preserving the creative process. NUGEN Audio’s tools for audio analysis, loudness metering, mixing/mastering, and tracking are used by the world’s top names in broadcast, post-production, and music production. For more information, visit www.nugenaudio.com.