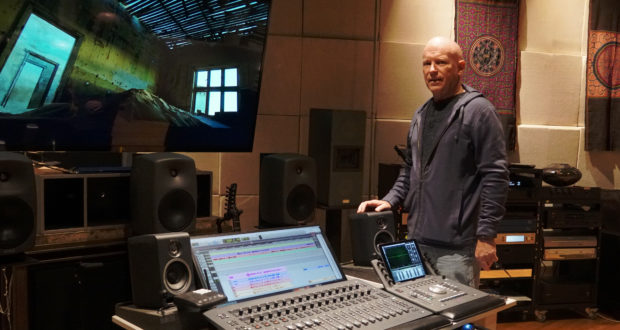 SANTA FE, NM, MARCH 8, 2018 – Zydeco music is a blend of rhythm and blues and is a genre that is indigenous to the Louisiana Creoles. Filmmaker Tom Uhl’s documentary, Zydeco Breakfast, features the sights and sounds of live Zydeco music and dancing during brunch throughout various Louisiana restaurants. The footage provided a fitting addition to the documentary’s interviews with the genre’s pioneers but presented challenges with its soundtrack – because of the unstable conditions often surrounding live performances, much of the musical recordings were distorted. Uhl approached experienced sound designer Michael Stearns to produce a stereo soundtrack for the documentary, a task Stearns achieved with help from NUGEN Audio‘s Stereoizer for stereo enhancement and Stereoplacer for frequency specific panoramic placement. 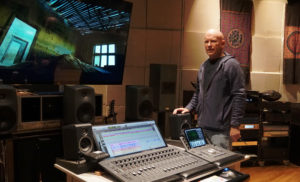 When tasked with reconstructing the audio for Zydeco Breakfast, NUGEN’s Stereoizer and Stereoplacer stood out to Stearns due to the softwares’ ability to fit into his fluid workflow and handle each phase of the remixing process. The main goal was to create a stereo soundtrack for film and music festivals, and Web distribution. 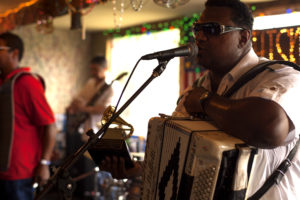 “Many of the elements for the soundtrack, especially the live music recordings in sync with the pictures were in really bad shape,” says Stearns. “Much of the music was distorted, either from overload somewhere in the gain structure of the PA or the recording input. The first task was to clean up the audio. When I started to tackle reconstruction of the audio, I researched what software might lend itself to the task and the NUGEN Audio products stood out to me.” 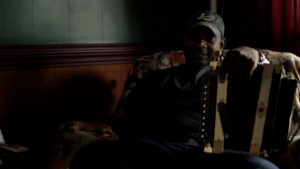 Stearns used the Stereoizer’s rapid, intuitive design to create a stereo spatial field from the mono elements. Then, he was able to cycle through the Stereoizer’s extensive range of stereo enhancement presets, listening to how each affected the spatialization with the targeted audio file and adjusting the parameters accordingly to fine tune the audio to the exact mix needed. “Stereoizer has come in handy for everything from creating proprietary sample libraries from the mono musical elements for my older film scores to stereoizing mono underwater hydrophone recordings that I’ve made,” says Stearns.

As with any live performance, the audio frequencies of the recordings varied over the course of the performances, particularly when musicians would solo during a song. Stearns took advantage of the Stereoplacer’s unique ability to adjust and move specific sonic bandwidths within a stereo field to address these outlying frequencies.

“The Stereoplacer worked wonders,” says Stearns. “Being able to hone in on the specific frequency bands of individual instruments, and re-spatializing them within a stereo field, was just what was needed. I’ve used Stereoplacer on mixing/mastering projects for both local clients who weren’t happy with specific frequencies and spatial aspects within the sonic spectrum of their original mixes, and on some of my early archival material, originally recorded in stereo.”

Stearns has extensive experience with post-production for music and sound, including work as a film composer and soundtrack producer. He began honing his skills for immersive entertainment while scoring and mixing his first IMAX film in 1984 featuring discreet six channel surround sound for Ron Fricke’s feature length 70mm non-verbal film, CHRONOS. Over the last few decades, Stearns has worked as a composer and soundtrack producer for over 20 IMAX films. He has also worked as a soundtrack producer on special attractions like Earthquake and Back to the Future, the Ride for Universal Studios as well as Star Trek, the Experience for Paramount Pictures.

Stearns has designed his studios to score, produce and mix soundtracks in surround. His current two studios include a larger space outfitted for monitoring in Dolby Atmos with 9.2.4 configuration and a smaller studio outfitted with a 7.2 monitoring system. These setups provide Stearns with advanced control over each step of the mixing process and plenty of space to develop a project’s sound. Each of his studios has its own AVID Pro Tools HDX system networked together to a third system, which provides high-speed downloading of materials to editorial, other departments or a stage.

Stearns looks forward to using NUGEN Audio solutions in the future and having a project in house that requires upmixing to 7.1 or Dolby Atmos, he also looks forward to experimenting with NUGEN’s Halo Upmix.

Information about Stereoizer and Stereoplacer, along with the complete NUGEN Audio product family, is available at www.nugenaudio.com. For all other inquiries, please email [email protected].