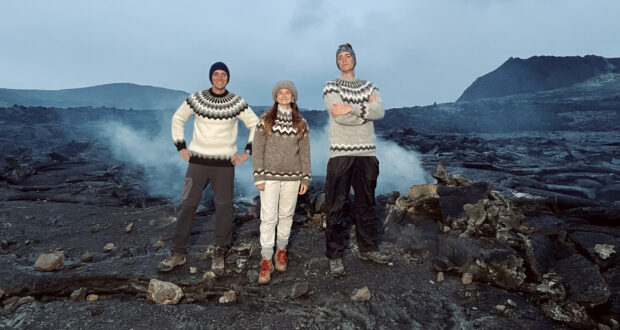 Off the Fence, winner of this year’s BAFTA and Oscar for Best Documentary Feature (My Octopus Teacher), has launched the global distribution of Dash Pictures’ new star studded production Fantastic Friends. The six-part series follows James and Oliver Phelps, the mischievous but loveable Weasley twins from the Harry Potter franchise, on a worldwide adventure as they meet spellbinding guests, explore enchanting cities and take on phenomenal challenges. 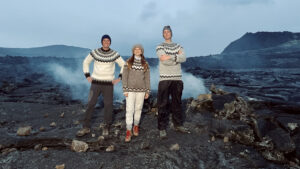 From Iceland to St. Lucia, Ireland to Dubai, each episode sees the twins travel to a new location to meet one of their friends. These friends become tour guides, showing viewers and the twins the destination’s highlights while completing challenges and competitions with a magic twist. The Fantastic Friends include the twin’s co-stars from the Harry Potter franchise, as well as other fantastic stars including Evanna Lynch (Luna Lovegood), Bonnie Wright (Ginny Weasley), Luke Youngblood (Lee Jordan) as well as Maisie Williams (Game of Thrones), Sophie Skelton (Outlander) and Haley Joel Osment (The Sixth Sense, Goliath).

Off the Fence Head of Acquisitions, Loren Baxter said: “Oliver and James have a huge following of fans, who are eager to watch them again on the big screen. Their fun and mischievous humour and loveable sensibilities allow fans to be drawn right back into why they enjoyed watching Oliver and James so much in the Harry Potter franchise. Dash Pictures, who we worked with on ‘Plane Crash Recreated’, always deliver shows that work extremely well internationally and it’s great to be working again with Daniel Sharp and his talented team.”

Daniel Sharp, Founder and Executive Producer, Dash Pictures comments: “Both Oliver and James have a genuine passion for travel, and they’ve built strong and lasting friendships over the years spent on the Harry Potter set. It’s been a privilege to help bring this show to life and explore the world with them and their Fantastic Friends. The audience will not only get to see some incredible parts of the world, but enjoy the genuine relationships James and Oliver have with the guests.”

Fantastic Friends was produced and directed by Emmy-nominated filmmaker Daniel Sharp. It is executive produced by James Phelps and Oliver Phelps, Martin Blencowe and Daniel Sharp.

Latest posts by Off the Fence (see all)
2021-10-26
Off the Fence
Previous: 3P Studio Expands its Media Business with EditShare
Next: Maxon One Subscriptions Now Include Forger for Free