Zulu
THE BEAT:
Home » Our Story 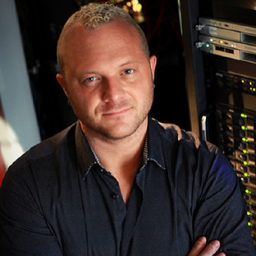 The brainchild of up-and-coming media entrepreneur Ryan Salazar, Broadcast Beat captures the niches that other outlets have cast aside and embrace the new markets and technology forming in the wake.  “Broadcast Beat Magazine was designed to give everyone all the industry news as it happens,” touts Salazar. “Imagine, hundreds of leading manufacturers and public relations firms…all tapped into one place to share breaking industry news! In addition, Broadcast Beat has staff writers writing original content every day. These writers have authored for almost every leading print and e-publication in the industry!”

Content Creation, Content Management and Content Delivery – it’s ALL COVERED! Content is key in the media trade and knowing a single source for it is of paramount importance.  They say that knowing is half the battle – we’ve got you covered for that half AND THEN SOME!

Broadcast Beat has already replaced the old publications that spouted broadcast production news in print as a medium.  We are not only going out to get the news – it’s being delivered right to our website! Broadcast Beat covers every industry show worldwide and in most cases, with online video coverage right from the show floor.

“We have connections with all the top public relations firms, broadcasters and manufacturers, including organizations like the National Association of Broadcasters (NAB), Society of Motion Picture & Television Engineers (SMPTE), National Academy of Television Arts & Sciences (NATAS) and more,” states Salazar.

The industry needs a voice – and Broadcast Beat is there to provide it.  Aside from all the content you’ve come to expect from sources you either depend upon now or in the past, readers are delighted to see an overabundance of material ranging from the technical to the whimsical and everywhere in-between. Broadcast Beat looks at new and emerging tech and presents it from the viewpoint that interests both those in the industry and those outside.

Thinking of changing careers within media? Broadcast Beat has listings of Hot Jobs that will not only catch your eye but potentially place you in the “movers-and-shakers” category and increase your earnings!  Find the perfect employment that will not only suit you but also be an ideal match for your new occupation! Cross-train to increase both your knowledge and experience base but also your financial base! The work is out there – ACT NOW for a change to the better!

While the phrase “The Cloud” appeared and was seemingly quickly overused ad nauseam, the future of media content and fulfilling the demand on mobile devices and computers relies on the Cloud in order to give the modern consumer what they’ve wanted all along – content when and where it is convenient for them to view it. I am even a part of a large organization concerned with the Cloud – the awareness of which Broadcast Beat will help spread.

So many areas, so much to cover – but Broadcast Beat will be there to ensure that you’re there!  Daily stories will help keep you up-to-date on the ever-changing media industry from the tiniest of fluctuations to the major modifications! With well-informed authors making you as well-informed as one should be in the media marketplace! There’s plenty of work to do – so for now, keep your information current and stay blogged-in!

2013-11-14
Broadcast Beat Magazine
BroadcastBeat.com is a Digital Media Property of BB Media Group Corporation.
Do NOT follow this link or you will be banned from the site!