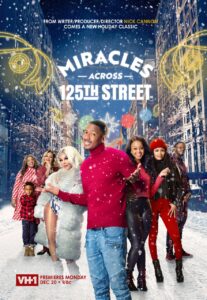 Pace Pictures provided Norris with editing rooms, workstations, storage systems and technical support. It also supported a remote connection between the edit room and Nick Cannon’s production offices in New York, allowing the director to discuss creative decisions with Norris and review scenes in real-time. “It was extremely successful,” recalls Executive Producer Benjamin Sumpter. “Pace gave Nick the ability to be in the room with the editor and view cuts with no lag time in audio or video.”

Certain aspects of the film presented special challenges for Pace’s post-production team. The story is told from the perspective of the father of Cannon’s character, who appears at the beginning holding a snow globe containing a tiny replica of a Harlem church. Snow globe elements were produced by the South African animation studio Motif. 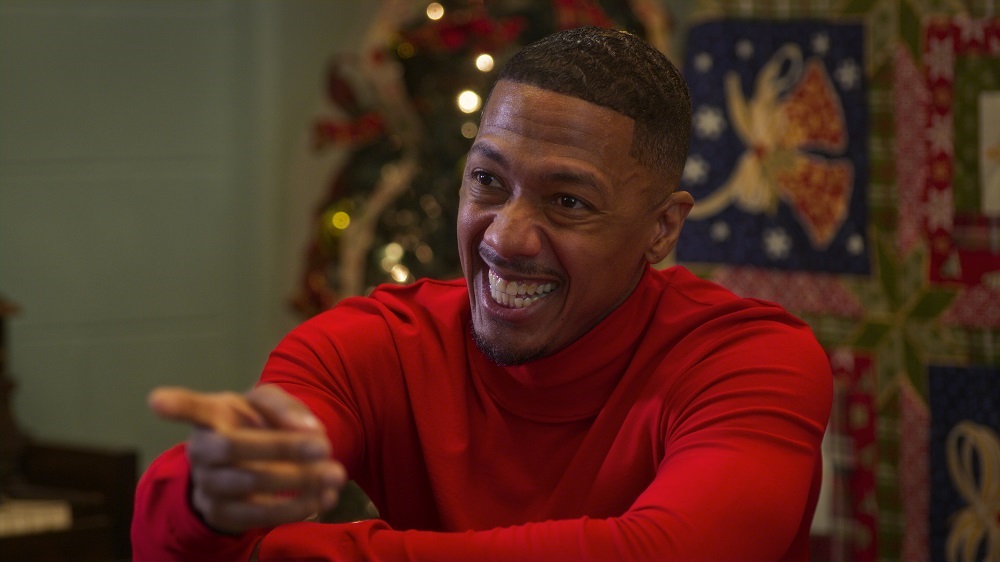 “The film has three principal looks that Pace’s colorist Jason Knutzen helped us fine tune,” Sumpter explains. “We had church interiors, which have a warm holiday glow. We also had Harlem exteriors which are colder and then we had the snow globe which is ethereal and whimsical. Getting all that to blend was challenging, but Jason made it work beautifully.”

“The church needed to appear inviting and feel like Christmas,” says Knutzen. “In the opening scene, we see the main character’s former life as a rapper. We gave it a high contrast look to make it pop and distinguish it from what follows. In the film’s climax, everyone is wearing white robes. That could be challenging, but we made the robes stand out against skin tones and the warm church environment. The color contrast gives it a high emotional impact.” Knutzen performed final grading via DaVinci Resolve in one of Pace Pictures’ DI color suites. 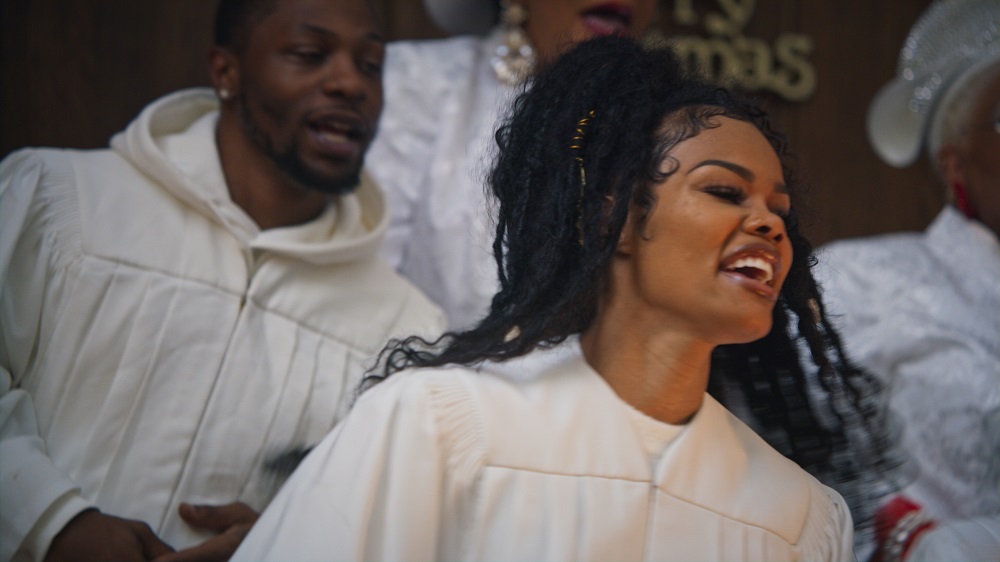 Interiors of the church were shot in Atlanta. Windows and other parts of the set were dressed to suggest a snowy New York winter beyond the walls, but much of that atmosphere is created through ambient sound design. “Sonically, we’re constantly reminding the audience that a blizzard is happening outside,” notes Jan Bezouska, the film’s Supervising Sound Editor/Re-Recording Mixer (with Austin Chase). “The sound is subliminal, but it establishes the location and adds tension to the story. At the end of the film, the storm goes away, signaling a happy ending.”

The sound design used in exteriors follows a similar pattern. In the beginning, the city environment is alive with traffic sounds: cars, trucks, sirens, pedestrians and other elements. Those sounds disappear once the storm arrives, only to reappear when it abates. “You can faintly hear birds chirping as the city springs back to life,” Bezouska says.