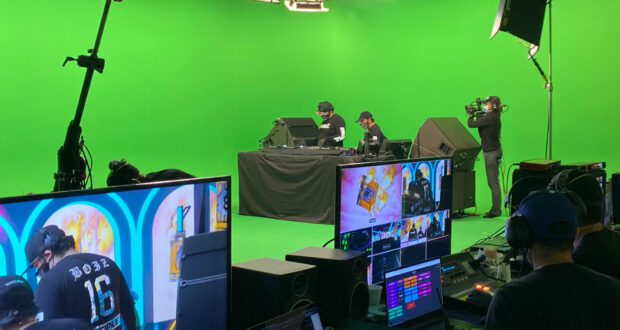 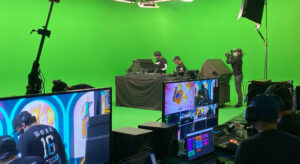 Reacting to modern times, both before and during the pandemic, Pace Pictures has quickly evolved past a traditional post production model into multiple service offerings, all in an effort to react to an ever changing production world. With the intent to provide a full service solution to the industry, the company now offers, in addition to DaVinci Resolve color suites and DaVinci Resolve Studio editorial work, Atmos mixing, ADR and a state of the art virtual stage equipped with extensive Blackmagic Design equipment as the backbone for production.

“In a world where post production is meshing with production more and more,” said Managing Director Heath Ryan, “we are in a perfect place for the future of production by having in the center of our post suites a fully operational virtual stage. We want to bring this technology, that has traditionally been only available to the major studios, to smaller budget films and TV.”

With flexibility the key to the future, Pace designed a production and post facility that was able to handle almost any type of work, and their virtual studio is no different. “On our virtual stage we’re using Blackmagic DeckLink HD Extreme 3 cards for capture and playback into streaming encoders and PCs running Unreal Engine,” said Ryan. “We’re also using Blackmagic Smart Videohub 20x20s, UltraStudio 4K Extremes, various Teranex devices, Hyperdeck Studio recorders and an ATEM Production Studio 4K switcher – all in various configurations based on the needs of the production.”

While the production facility was used in its early stages for insert shots, hosting virtual concerts and a variety of other work, the company quickly moved into production on their first feature film, “Match,” directed by Sean McGinly, which was an entirely virtual production shot in five days. The film, starring Ahna O’Reilly, Austin Nichols and Spencer Garrett, is an edgy independent drama about a man and a woman who meet on an internet dating site and develop an unexpected intimacy that takes some dark and unexpected turns.

While the sets for “Match” seem fairly ordinary – an apartment, poker room, a park – the ability to shoot everything in one area enabled Heath and McGinly to move quickly, much more quickly than if on location. Even in testing, they were able to get through as much as 22 pages in an eight hour day while still switching sets, a feat unheard of on any traditional film. “We’d already pre programmed all the lights as a DMX lighting-controlled grid on Luminair, so we could just hit a button and go from Jennifer’s apartment day, Jennifer’s apartment night, Ian’s apartment day, Ian’s apartment night. The lighting would change instantly,” said Ryan.

Even before virtual production, Pace could sense the blurring of the lines between production and post. With that in mind Ryan embraced Blackmagic products early on. “We’ve utilized Blackmagic gear from day one at Pace due to its flexibility in a wide array of configurations to help solve the ever evolving technical and creative challenges of today’s production and post production needs, and it doesn’t hurt that Blackmagic was born and bred in Australia, just like I was.”

Ultimately, Ryan understands the need to adapt to the future, just as they have learned to adapt to the ongoing Covid pandemic. While they opened their new Atmos Mixing stage on March 16, 2020, just days after the start of lockdown in Los Angeles, the facility moved quickly to become Covid compliant. Launching a virtual production facility during that same pandemic only showed they were driving the times, not just reacting to it.

But Ryan insists the solution to modern production is much simpler, no matter what the times bring. “Listen carefully to what the film needs, not what everyone thinks it needs. Every group of filmmakers looks to have their workflow customized to the actual film or TV show they are making, and we need to be quick to adapt to that.”