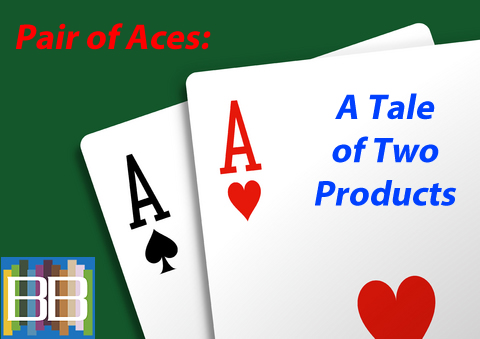 Barco (which originally stood for “Belgian American Radio COrporation”) was formed in 1934 in Poperinge, Belgium, when its founder, Lucien De Puydt, created a company to manufacture radios from parts made in the US. Barco did so well with its radio line that, by 1949, it had added another facet of the communications and media world – television sets. Starting in the mid 60’s, the company really started to branch-out and pick-up speed; it was at such a pace that, by 1980, it was a noted manufacturer of high-end electronics (as well as other industrial projects).

For the next 20 years as it continued to grow, Barco went through some dramatic changes, including splitting then reuniting, and earning a listing in the Brussels Stock Exchange. Barco developed strong global ambitions and proceeded to pursue excellence and growth. By the year 2000, The Barco Group (even excluding Barco Net) achieved a turnover of three quarters of a billion Euros. The next dozen years saw Barco in continued research and development, as well as numerous business acquisitions, joint-ventures, and divestures – all of which served to further intensify the company’s communication/media focus. Now, having earned a reputation as a global manufacturer with innovative cutting edge tech, Barco has risen to the challenges of the twenty-first century.

It becomes easy to see how Barco maintains its global position, if we take a glance at a couple of its outstanding products.

First-up is the E2-4K Screen Management system. This solid piece of equipment is live-event friendly and helped put the “R” in rugged and reliable. Featuring a solid steel chassis designed for it to travel easily and withstand the rigors of transport, it weighs less than 70 lbs and only fills 4 rack slots! It includes dual redundant power supplies, and operates easily from 0 to 40 Celsius, resisting up to 95% of the non-condensing humidity. It comes with a base 3-year parts and labor warranty, which is extendable if you feel the need for extra protection.

Communication is via Ethernet RJ-45, 1000/100/10Mbps, which allows a wide variety of devices to use the network. Thanks to the use of modular field cards, the E2 is easy to service, even in the challenging conditions a traveling studio can encounter. Currently, it’s the only thing on the market that can manage 60Hz refresh rates on a 4K projector blend! The system sports eight mixable PGM outputs and four scaled aux outputs within a single box.

The E2’s input and output is native 4K, which supports the E2’s remarkable pixel processing power. Take full control with Barco’s E2! Thanks to its linkable chassis, dedicated multiviewer, and eight independent PIP mixers, expanding without necessitating more signal distribution and external processing is a breeze. In fact, the system can handle up to 32 4K projectors! The system’s modular design and cross platform user interface helps make this sweet piece of engineering easy to service and supremely flexible in application.

Another example of Barco’s continued quest to excel is the ImagePRO-II series – a product so good there are five different flavors to choose from! What could make the already amazing ImagePRO-II better? (Drum roll, crash cymbals…) Audio! When you add top-notch audio capability to Barco’s already amazing flagship product, the results are simply outstanding. The audio option is available as its own model (one of the five flavors of ImagePRO-II), or can be added on later as a tasty upgrade with a conversion kit.

Now, a broad array of options embedding and de-embedding audio become available. The audio board’s DB-25 connector now provides I/O interface to 4 analog and 8 AES digital channels. Adding the custom audio breakout cable accessory to this allows access to the analog and digital AES signals through 4 XLR and 8 BNC connectors. If your studio needs a four-in-one scan converter, switcher, transcoder, and video scaler, then you should see one of these amazing machines in action. Just like the E2 (above), the ImagePRO-II is built to last. Travel is a non-issue, as it can easily withstand a temperature range of 0 to 40 Celsius, ignore up to 95% of the non-condensing humidity, and comes with a 3-year standard warranty (which you may opt to extend).

The unit weighs just sixteen pounds and will fit in one rack unit. The onboard scaling unit is a piece of 5th generation Barco Technology based on their Athena scaler. This latest generation of tech takes it all up a notch; it supports higher resolution, frame rates, signal clarity, speed of source acquisition, and quality of de-interlacing. The ImagePRO-II has 12-bit processing, a 1080p frame rate up to 120 Hz, 2560 X 1600 resolution up to WQXGA, and the system can even be configured or restored via USB! The Ergonomic interface is designed to promote a swift and flexible workflow and has an ImagePRO-3G front panel control. The formatting options, inputs, and outputs promote such a broad array of connectivity we’d need a cut sheet just to list them!

All in all, the Barco line of products and their capabilities speak for themselves; the quality is exactly (if not better than) what you’d expect from an experienced leader in media manufacturing.

Barco, a global technology company, designs and develops visualization products for a variety of selected professional markets. Barco has its own facilities for Sales & Marketing, Customer Support, R&D and Manufacturing in Europe, North America and Asia Pacific. Barco (NYSE Euronext Brussels: BAR) is active in more than 90 countries with 4,000 employees worldwide. Barco posted sales of 1.158 billion euros in 2013.For more information, visit www.barco.com/en/