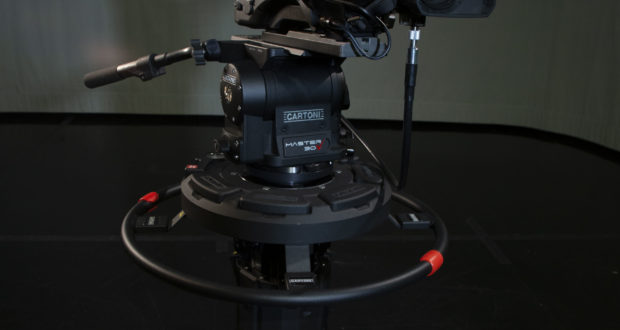 Since 1983, Pasadena Media has operated four public, education and government access television channels for the City of Pasadena, its school district and community college. on top of producing content for four channels, the non-profit also runs the city’s community media training center and television studios.

“We provide training to the public to use our equipment and create their own tv shows. Typically we shoot with two or three crews per day, and we shoot about two episodes with each crew.  I think we are shooting about the same as a regular news studio,” explains Chris Miller, Chief Operations Officer for Pasadena Media and the channel manager for Pasadena’s community access channel known as Arroyo.

With such heavy and regular use, when it came time to upgrade their gear, the studio needed professional equipment that was robust and durable.

“At last NAB [2018], I was looking for pedestals and heads to replace our failing 15 to 20-year-old Libecs. The Libecs weren’t build to handle the load we had on them quite frankly. After meeting with a competing brand, I ended up talking with David from Manios Digital who gathered information on my situation like no one else did, and he proposed the best solution. He offered the Cartoni P90 Pedestal which was a better-quality pedestal and head for the price than anyone else could give me so I really couldn’t refuse,” adds Miller.

“On our old system, we had probably over sixty pounds on the pedestal with the teleprompter, but the main problem was the wheels. The wheels were two parts that would tend to fall off, and we had to keep repairing them. Our users aren’t experts. They’re beginners, and since the wheels weren’t smooth and they weren’t reliable, we had to keep the gear stationary. Once we got the Cartonis though, that all changed.” 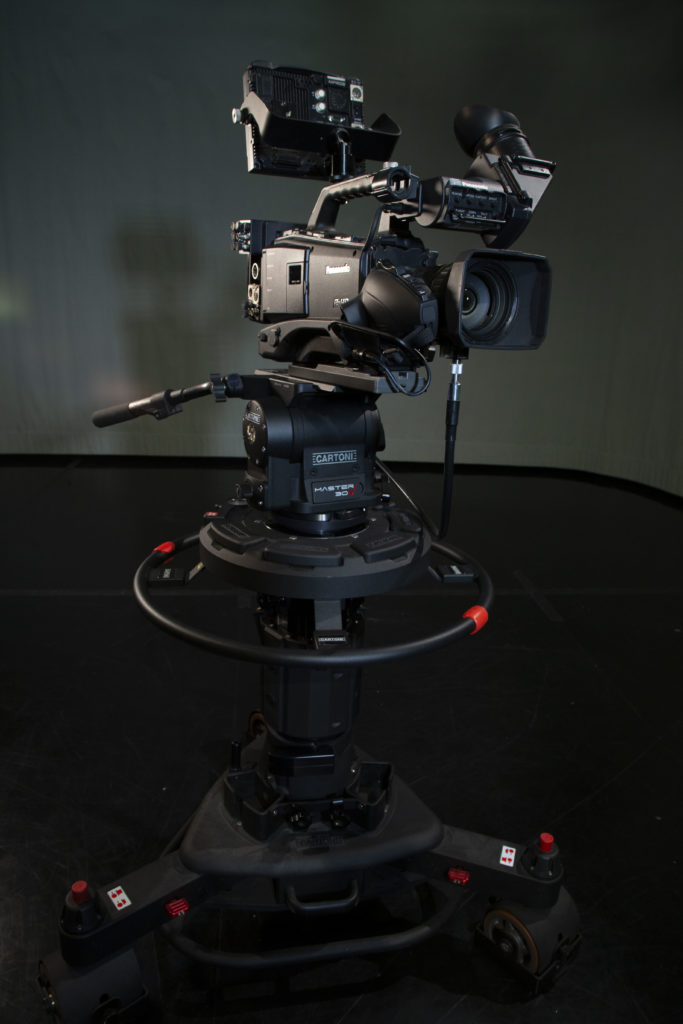 Pasadena Media added three Cartoni P90 Pedestals, a top of the line two-stage pedestal designed to support even the biggest camera/lens combinations of up to 198 lbs. Compact and portable, the Cartoni P90 Pedestal is equipped with high precision double wheels that allow ultra smooth traveling and steering. They paired the P90 with Cartoni’s Master 30 head. The Master 30 is a broadcast fluid head that can handle payloads of up to 88 lbs when in studio configuration with a low center of gravity – such as with a teleprompter.

“The P90s are great. They are easy to use so even our least-experienced users can perform more skillful maneuvering, get better camera shots and incorporate movement when we are shooting. The people who come through here are ordinary people. They aren’t people from nearby Hollywood; they are people who are trying to learn a new trade or just have their voice heard through the channel. One of the big things for us in moving from the prosumer level pedestal to the real deal is that the feeling in the room has changed. The feeling is that ‘oh, this is real now.’ People seem to give more. They try harder,” says Miller.

As a non-profit, Pasadena Media has to make their dollars count. That meant going with a brand that could offer performance and durability.

“It’s important to us that anything we buy will pass all of the initial tests and withstand the test of time. David [from Manios Digital] was great at helping us not get something that was at the lowest tier like we often do, but we got something that we really needed,” adds Miller.

Manios Digital is the exclusive US distributor for Cartoni Camera Supports.