Since 2013, Original Fare has been a staple on PBS Food, one of the US public broadcast service’s web streaming channels – as well as being distributed internationally by TVF to China, Thailand, New Zealand, Belarus, and Eastern Europe. But for the last two years, the pandemic has had this internationally produced show on hiatus. 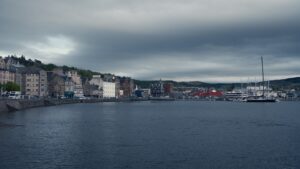 With the return of international production, Kelly Cox, the show’s creator, executive producer, director and former host wanted to re-invent Original Fare for its comeback. Original Fare zig-zags the globe to uncover where the ingredients people use truly originate from. She has plucked tea with the women in fields of Sri Lanka, dove for invasive lionfish off the coast of Barbados, and hunted seal on the icebergs of Newfoundland.

Sarah Whelden, the show’s award-winning director of photography, was brought on to help spearhead the show’s shift in approach. Cox was particularly drawn to Whelden’s story-first collaborative approach. While they didn’t know each other beforehand, they did move within the same circles, which is how they teamed up. 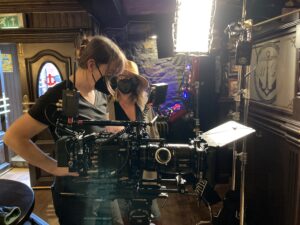 “This would be the same show featuring food from around the world, but a different show in how we would film it,” explains Whelden. “Kelly was looking for help in redefining the creative vision… finding the balance between planned intentional shots and unplanned documentary freedom for the subjects. She wanted to step away from the previous season’s aesthetics, with a big part being that the show wouldn’t have an on-camera host, and would instead let the subjects be who they are and speak for themselves.”

For a production that’s international in scope, Whelden knew that she needed two things: “As small a camera package as we could get because of the traveling and the ability to zoom. We didn’t have the resources to manage a whole prime and zoom kit – so the zoom would have to ‘stand-in’ for the primes.” 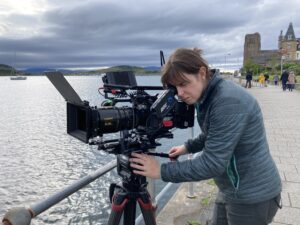 Although not required for distribution, the re-styled Original Fare would be shot in 4K. “I love the ALEXA look, and the Mini LF was perfect,” explained Whelden. “Shooting in 4K made sense considering the production standards we would be up against on other platforms. My only concern at the time was a lack of lensing options in the full frame space, especially zoom lenses.”

But Whelden ran into a problem: “When we started planning, I didn’t know about the Varotal, and the other full-frame zooms just weren’t doing it for me. I’ve used Cooke’s before – the Speed Panchro/is, S4s, and miniS4s – as well as many other lenses from other companies, but those zooms from those other companies…what I needed was just not there. I wanted something that both worked creatively, and was still relatively lightweight and mobile.”

BECine, the boutique camera rental house in Los Angeles, would come to Whelden’s rescue. “They are wonderful, just so lovely, and they knew I wasn’t happy. As it turned out, they told me that the Cooke Varotal zoom had just come in. That’s all I needed to hear. I put the Varotal 30-95 on the camera, put a person in front of the lens, and it was perfect. The look was what I wanted and expected from Cooke, with the focal length range I needed and the Varotal size and weight is very manageable. Then I created my own show LUTs in LA, which I refined on the ground.” 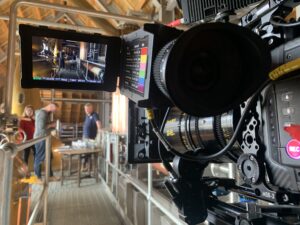 The destination in May of 2022 for the new Original Fare was the Drimnin Estate on the Morvern coast of Scotland, with an episode that would focus half on the culture of the region and half on Nc’nean Distillery, Scotland’s first net zero whiskey- which happens to be organic and bottled in the UK’s first 100% recycled clear glass bottle.

With the Varotal 30-95 zoom as a prime stand-in, Whelden wouldn’t have to worry about the time needed to change lenses. “We actually only did three zoom shots in the episode itself. Most of the show is static long takes and a few moments with camera movement on the tripod head. I was very excited to have a single lens that would cover everything needed. There wasn’t a time that I wished we had something wider or longer. My 1st AC Asia Brown was able to leave the lens on the camera in the camera coffin until the end of the trip.”

For each setup, Whelden would play with the lens and find the best zoom for prime stand-in focal length and camera placement. “For me, it always falls on those numbers that you would use as a prime: 32 and 40, plus we had one shot that used the entire range during a zoom. But I would never live above 50.” 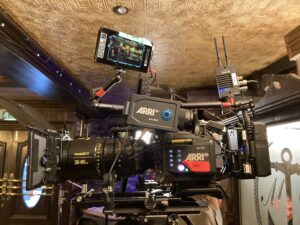 For a modest budget production, how did the Varotal 30-95 zoom perform as a prime lens stand-in for Whelden? “First, you want the audience to feel like they are in the world of these people, so there’s nothing super wide or extreme telephoto. The lens range was perfect for covering the whole show. I knew that it was wide enough for the small spaces we were in – 30 gets you there on a full-frame sensor. Any wider becomes more of an effect and less naturalistic and immersive.”

Whelden also found one other significant feature of the Varotal, its breathing, or more precisely, lack of breathing. “I didn’t want focus pulling to be an effect, especially when sitting on a shot for two minutes. The last thing you want is for a focus pull to take you out of the experience. Add that lack of breathing, no chromatic aberration, and minimal distortion on the wide end, you get a really clean lens. Plus, it’s a Cooke lens, so you get a natural aesthetic, not a clinically sharp focus. With Cooke, I reached for diffusion a lot less to take the edge off, just a bit of Glimmerglass here and there.”

Working with Cox for the first time was “really amazing and easy; like we’ve worked together before. She placed a lot of trust in me to do what I wanted to do, but we kept each other in check. As an example, I was setting up the very first shot, looking at a wide, and Kelly said ‘that’s beautiful, but a little bit too obvious.’ It’s cool to have someone there who is so committed to the vision we discussed. Keeping each other on board for the different vision we wanted for the show.”

“The full frame market really needed this lens,” concluded Whelden. “There are not a lot of options, and the Varotal felt like a lens I could see myself using in place of primes in the right narrative project because the look is so appealing.”