(May 2020) – When it came time for cinematographer John Conroy to develop the look for Showtime’s Penny Dreadful: City of Angels spin-off, he already had eight episodes of lensing the original Penny Dreadful under his belt. A major part of the look for the spin-off would come from using Cooke Optics’ S4/i prime lenses and rehoused vintage Cooke Speed Panchro lenses.

The 1938 Los Angeles of Penny Dreadful: City of Angels is a time and place deeply infused with social and political tension. When a grisly murder shocks the city, Detective Tiago Vega and his partner Lewis Michener become embroiled in an epic story that reflects the rich history of Los Angeles: from the building of the city’s first freeways and its deep traditions of Mexican-American folklore to the dangerous espionage actions of the Third Reich and the rise of radio evangelism. 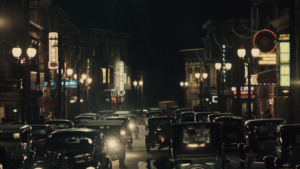 “We used four ARRI ALEXA Mini cameras in 3.2K 16:9,” explained Conroy. “We rented a full set of S4/i lenses — all 18 lenses from 12mm to 300mm, as well as two sets of rehoused vintage Speed Panchro primes in 25mm, 100mm, and 135mm focal lengths. We did several tests at Panavision to make sure that the Panchros and the S4/i’s matched, with the goal of the two lens families looking seamless to the viewer by the time our colorist got done with the footage.”

Working with Jeremy Sawyer, the Supervising Colourist at Light Iron in Los Angeles, Conroy developed and tested various LUTs for City of Angels. The two continued to work together all the way through post.

Creator and writer John Logan were very specific about not wanting a noir look and feel, but rather embracing the 100-degree heat of Los Angeles. “Our mantra from John was ‘we gotta feel the heat’,” said Conroy. “It was John’s world and we were lucky to be part of it, so having 60-70-year-old optics that were designed in the 1920s really helped with that aesthetic. I really love the Panchros, with their unique idiosyncrasies and falloff — and for extreme panning, there’s nothing cleaner and lovelier than the S4/is.”

While the Los Angeles exterior day shots meant that Conroy’s biggest lighting issue was battling the harsh summer midday sun, night exteriors were another story. “It’s my light…I have control over it. Having the high sensitivity in low light with the ARRI ALEXA Minis worked really well with the T2.3 Panchros,” he said. 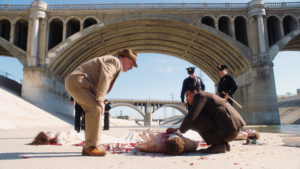 Conroy has a long history with Cooke lenses. “My father and mentor, Jack Conroy, shot My Left Foot and The Field with Cookes from Joe Dunton Cameras. I was an assistant back then. When I shot Wild Decembers, my first made-for-TV feature film, using Cookes was a no brainer. I loved them then, and I love them now.

“While all of the lens companies are great, and I feel lucky that we have so many amazing companies to work with for our vision, Cooke is at the forefront of this. I am lucky to have shot using Cooke lenses with the support of Panavision on Penny Dreadful: City of Angels.” 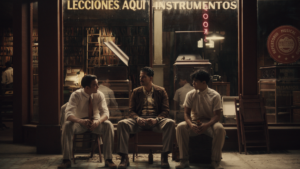 The first episode of Penny Dreadful: City of Angels aired on April 26, 2020, on Showtime in the United States. 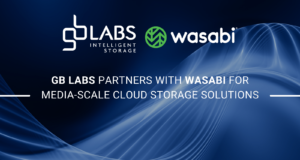 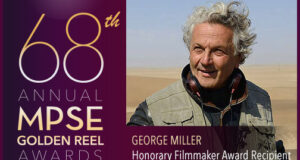