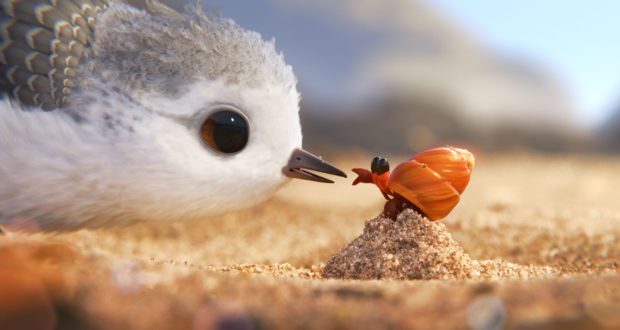 “We believe that being open with our technology and sharing it with our peers in the industry is how we can best continue to drive innovation,” said Ed Catmull, President, Pixar and Walt Disney Animation Studios. “It’s in that spirit that we’re happy to be opening up USD.”

With this initial release, Pixar is opening up its development process and providing code used internally at the studio. “USD synthesizes years of engineering aimed at integrating collaborative production workflows that demand a constantly growing number of software packages,” added Guido Quaroni, Vice President of Software Research and Development at Pixar.

USD provides a rich and powerful toolset for reading, writing, editing, and rapidly previewing 3D scene data. With many of its features geared towards performance and large-scale collaboration among many artists, USD is ideal for the complexities of the modern pipeline. One such feature is Hydra, a high-performance preview renderer capable of interactively displaying large data sets.

“With USD, Hydra, and OpenSubdiv, we’re sharing core technologies that can be used in filmmaking tools across the industry,” noted George ElKoura, Supervising Lead Software Engineer at Pixar. “Our focus in developing these libraries is to provide high-quality, high-performance software that can be used reliably under demanding production scenarios.”

“Integrating Hydra into our proprietary Virtual Production Renderer helped us solve one of our biggest challenges,” continued Kevin Wooley, Virtual Production Engineering Lead at ILM. “With the performance improvement, we can handle incredibly complicated digital environments, with thousands of pieces of geometry, while preserving the editability of the scene.”

Along with USD and Hydra, the distribution ships with USD plugins for some common DCCs, such as Autodesk’s Maya and The Foundry’s Katana.

We are committed to working with Pixar to make USD the platform-independent scene representation of choice for Maya artists,” said Marc Stevens, Vice President of Film & Television, Autodesk.

“The Foundry strives to constantly deliver the best innovations to our customers and one of the best ways we can do that is through our partners, so we were delighted to work with Pixar on the release of USD,” stated Andy Whitmore, Chief Product Officer at The Foundry. “This technology will ultimately give companies better and more powerful pipelines by building more robust connections between their tools of choice, resulting in more empowered artists and therefore greater creativity.”

To prepare for open sourcing their code, Pixar gathered feedback from various studios and vendors to receive early testing from the community.

“In designing and refining USD’s concepts and APIs, we’ve worked closely with our own internal production clients, as well as with other studios, who have already provided feedback that helped shape USD’s evolution,” said Sebastian Grassia, USD Lead Engineer.

Studios such as MPC, Double Negative, ILM, and Animal Logic were among those who provided valuable feedback in preparation for this release.

“USD provides a rich and powerful framework which allows us to describe our pipeline in a scalable, coherent and flexible way. It brings conceptual clarity, standardization and great potential for asset and software reuse to the world of Animation and VFX,” concluded Eoin Murphy, Lead Pipeline Developer, Animal Logic R&D.

More information about USD can be found at the official website: openusd.org

Latest posts by Curtis Chan (see all)
TV Technology Video Engineer 2016-07-29
+Curtis Chan
Previous: SIGGRAPH 2016 Concludes with Strong Showing of Attendees and Exhibitors from Around the World
Next: CTV Takes Axon’s Cerebrum Back To The Open Golf Championship