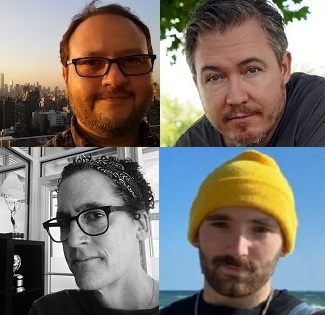 Free video conference slated for Thursday, May 26 at 4:00pm EDT

NEW YORK CITY— During the pandemic, many post-production professionals shifted to remote work, often applying novel workflow technologies to remain productive. In the next edition of Post Break, the free webinar series from Post New York Alliance (PNYA), a panel of industry veterans will compare the benefits of remote and in-person work for post-production.

Warner Bros. Director of Post Production Barry Gliner, Lost Creek Creative Owner/Producer/Editor/ Director Mike Noble and BREAK+ENTER VFX Supervisor David Reynolds will offer their views on whether remote work is a fad or if it’s here to stay and able to co-exist with in-person work. They will also touch on how remote work might affect the future of the film and television industry generally.

The panel will also discuss:

The session is scheduled for Thursday, May 26 at 4:00 PM EDT. Register here.

Barry Gliner, Director of Post Production, Warner Bros. Discovery, New York City, joined Warner Bros. in 2003. He began his career in post-production in 1984 as a video editor. He has edited programs, commercials, promos, trailers, music videos, documentaries, corporate and web video productions for NBC, CBS, ABC, PBS, USA and many others. Gliner has received multiple industry awards and nominations for video editing including a National News and Documentary Emmy Award for Outstanding Achievement In A Craft: Film Editors for the JFK documentary Jack, which aired on CBS in 1993.

Eli Lederberg, Post Production Coordinator, is a graduate of Parsons School of Design. While still a student, he served as an intern with several New York City post production companies, including A24 and MATTE Projects. His past projects include the Apple TV+ series Severance and Amazon Prime’s Outer Range. He is currently working on the upcoming Showtime series Let The Right One In.