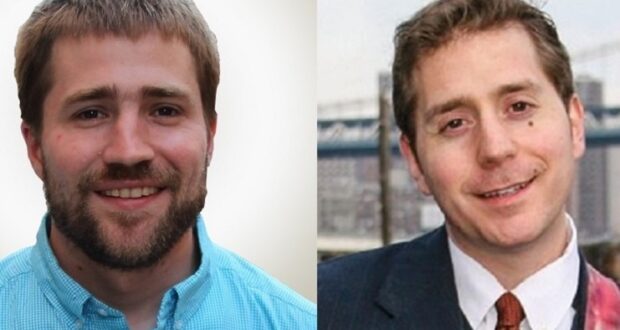 NEW YORK CITY— Post New York Alliance (PNYA) will offer advice on how independent contractors and post-production companies can get help through the Small Business Administration’s Paycheck Protection Plan (PPP) in the next edition of Post Break, its free webinar series. A panel of business owners and financial experts will discuss who’s eligible, how to apply and how to seek forgiveness for loans from the program, part of the federal government’s pandemic relief measures. Titled PPP Loans for Freelancers and Production Companies, the session is the first in Post Break’s new “Financial Health” series for freelance workers. It’s slated for Thursday, March 11th at 4:00pm EST.

Begun last year, the SBA’s PPP program provides loans to businesses to keep their workforces employed during the Covid crisis. The current round of loans, which ends March 31, is designed to favor the smallest businesses, those with fewer than 20 employees, and independent contractors. Qualifiers can get loans to cover payroll and related costs and may be eligible for loan forgiveness. Post Break panelists Andrew Bly, CEO of The Molecule VFX; Steven Zelin, Managing Member of Zelin & Associates CPA and Mike Noble, owner, producer and editor at Lost Creek Creative, will share their experiences with the program and offer tips on how to get help. The session will be moderated by picture editor and PNYA events committee member Carl Marxer.

Following the webinar, attendees will have an opportunity to join small, virtual breakout groups for discussion and networking.

Andrew Bly (CEO, The Molecule VFX) co-founded The Molecule in 2005. His many credits include Unbreakable Kimmy Schmidt (Netflix), Billions (Showtime), Dickinson (Apple), Da 5 Bloods (Netflix), The Plot Against America (HBO) and Five Feet Apart (Lionsgate). An active member of the visual effects and post-production communities, he has served as a board member of Post New York Alliance and Chair of the New York chapter of the Visual Effects Society. He has worked with lawmakers, nonprofits and other parties in New York and Los Angeles on behalf of the industry and working artists.

Steven Zelin (Managing Member, Zelin & Associates CPA), who is known as the Singing CPA, leads a firm that provides specialized financial services, including bookkeeping and tax preparation, to artists, musicians and others in creative businesses. He is also an independent singer/songwriter who has been featured in the New York Times, ABC Nightline, CBS News, The New York Daily News, and the Wall Street Journal.