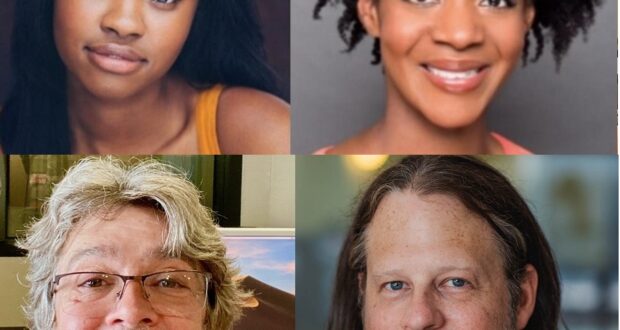 PNYA’s “Post Break” Presents “We Are All Entrepreneurs, Part II”

NEW YORK CITY—Post New York Alliance (PNYA) will feature the second part in its series on entrepreneurship in the post-production industry in the next edition of Post Break, its free webinar series. A trio of pros, with experience as freelancers and business owners, will reveal how they launched their careers and found success, and offer advice to others seeking to follow in their footsteps. With pandemic measures easing, new opportunities in the post-production industry are on the rise, making this a very timely session.

We Are All Entrepreneurs, Part II is slated for Thursday, May 6 at 4:00 p.m. EDT on Zoom. Following the webinar, attendees will have an opportunity to join small, virtual breakout groups for discussion and networking.

Sienna Jeffries and Cherelle Cargill are founders of HR Casting and SAG/AFTRA actresses with 20-plus years of experience in commercials, television, film, theater and ADR. Their experience as loop group performers on Ocean’s Eight, The Marvelous Mrs. Maisel, The Unbreakable Kimmy Schmidt, prompted them to form their company which provides ADR talent who “add sound texture to film and television projects that allow audiences to visualize scenes as if they were there.” HR Casting’s recent projects include Timmy Failure, Project Power, The Glorias, Ma Rainey’s Black Bottom, Judas and The Black Messiah and The Mosquito Coast.

Bob Pomann is an award-winning sound designer, mixer and supervising sound editor, and founder of Pomann Sound. His company has provided recording, mixing and sound design services for the Emmy award-winning shows Doug, Little Einsteins and Little Bill. Its film and television credits also include Blind (Amazon), An Imperfect Murder (Netflix), The Walking Dead (AMC), Madame Secretary (CBS), Life After Lock Up (WE tv), 90 Day Fiancé́ (TLC) and Star Wars: The Old Republic (LucasArts Entertainment). Pomann is currently serving as supervising sound editor on a new series for Apple due in September.

Chris Peterson (PNYA Board Secretary / Executive Board Member and Executive Producer) has worked as an Executive Producer and media technologist at post-production facilities, VFX shops, sound/music houses, and systems integrators. His credits include Hereditary, Absentia (Sony/Amazon), Women of Troy (HBO), and Roger Waters’ concert tours and films. Prior to that, he was a producer/videographer/ editor for The Howard Stern Show and on location for cable series in Brazil, Argentina, Trinidad, and around the United States. He is the host of the PNYA’s popular webinar series Post Break, which has been providing timely, post-Covid information and community for the post-production industry since April of 2020.

Title:  We Are All Entrepreneurs, Part II