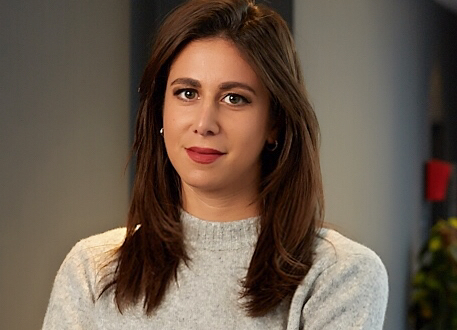 NEW YORK CITY— Two of New York’s most talented young colorists will share their insights on working with Rec.709 workflows in the next edition of Post Break, the weekly webinar series from Post New York Alliance (PNYA). Lucie Barbier-Dearnley, senior colorist at Sim New York and Sean Dunckley of Light Iron Post will join moderator Freddy Hernandez, Light Iron director of business development, for a lively discussion about the creative and technical aspects of grading and finishing projects in Rec709. The free event is slated for Thursday, September 17th at 4:00 p.m. Following the webinar, attendees will have an opportunity to join small, virtual breakout groups for discussion and networking.

Lucie Barbier-Dearnley, originally from France, studied at the Université Sorbonne Nouvelle and L’Ecole des Nouveaux Métiers de la Communication in Paris, and at New York Institute of Technology. Her studies in fine arts and her passion for painting provided the perfect education for her move into color grading. She began her career in post-production at Company 3 New York, as a digital restoration specialist. After transferring to the company’s London facility, she advanced to color assistant, junior colorist, and ultimately colorist. Her recent credits include the feature film You Should Have Left, and the documentary series Hillary and High Score.

Sean Dunckley has collaborated with some of the industry’s top talent in the feature, commercial and episodic worlds. Since joining Light Iron in 2013, his credits have included the features The Night House, Villains, Late Night, Brittany Runs a Marathon and Life Itself. In the episodic world, Dunckley has collaborated on such celebrated series as Girls, Tales of the City and Dickinson. In his spare time, he enjoys hitting the links and has played a good percentage of the top 100 golf courses in America.

Freddy Hernandez joined Light Iron’s Los Angeles facility in 2016 as a DI producer and recently moved to Light Iron New York to serve as director of business development. With more than 10 years of experience, his credits include Transformers, The Lone Ranger, The Circle, A Star Is Born, 24 Hours to Live, Ingrid Goes West, Last Flag Flying and Hot Summer Nights. Hernandez represents Light Iron as a member of the Post New York Alliance and is a frequent public speaker on post-production topics.