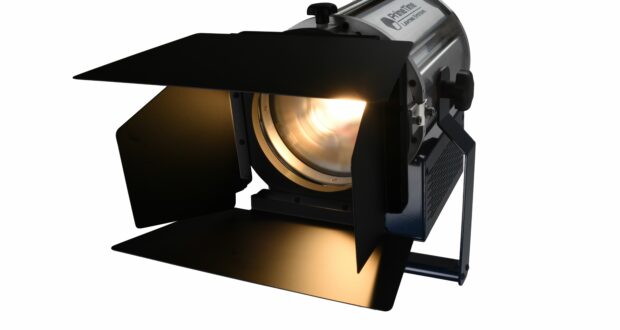 “We’ve developed commercial-grade LEDs to quietly and efficiently illuminate broadcast studios and we continue to upgrade our lights. PrimeTime has been recognized for twenty-five years for engineering at the highest standards. Foreign LED light competitors are engineered with fans and given lesser term warranties” said Glen Harn, CEO of PrimeTime Lighting Systems.

PrimeTime products are built to order in Dallas, TX with materials primarily sourced in the United States. PrimeTime’s passively cooled lights are the result of engineering research and testing. Harn is so confident of his LED product quality the he guarantees them for five years.

“Our LED lights are have plenty of throw, feature soft shadows and meet or exceed panel lights in many ways,” said Harn. “They include high TLCI and CRI.” 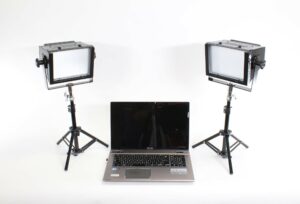 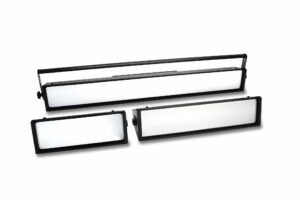 The SLED Series consists of 5 models including the low-profile MSLEDs. With new and improved Lambertian distribution, the “SLEDs” have incredible throw for a soft, even light with a single soft shadow. With the increased softness, the light continues to be the primary choice for many lighting directors. 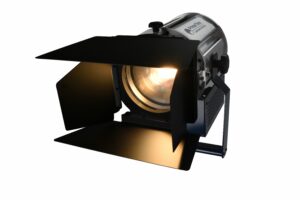 The GUS 51 LED Fresnel has a super-wide focus range adjustable from a tight 11° beam angle at full spot to a wide 80° field angle at full flood. Its high-quality Micro-Fresnel lens systems with advanced optics result in the most even wash of light likely to be found in any LED Fresnel, with less than

2.8% decrease in brightness from center to outer edge.

Harn added, “our LED lights are engineered without fans in the United States for the professional studio, built in Texas and backed by a 5-year warranty.”