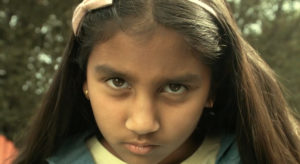 Based in Long Beach, CA. and former agency creative director, now commercial director, Koshy had worked with a number of Asian brands in the past. Malaysian pet food brand ProBalance approached Koshy through his production company in Kuala Lumpur, Directors Think Tank, in mid-March to shoot the PSA even though they knew he would be unable to shoot outside of his home.

Working with creative agency Imaginary Friends and Directors Think Tank, “Stay Home” focuses on a patient dog teaching the importance of staying at home and practicing social distancing. The spot shows the dog in a Western style standoff with his human companion, who he teaches to sit and stay safe.

“I had been shooting a Ritz Crackers spot in Malaysia with Think Tank in March when the borders started to be closed around the world, so I had to put the job on hold and come rushing back to the US. My producers at Think Tank called me a few weeks later with the idea to shoot the ProBalance PSA. I had done quite a few jobs involving pets in the past, and they were hoping that I would be able to do something from my home,” Kiran said.

“A couple of years ago I had picked up a Pocket Cinema Camera for my own personal use after I worked on another pet spot where the DP used one. And I noticed so many art directors at agencies owned Pocket Cinema Cameras,” he continued. “The camera gives an amazing cinematic image that can be compared to other cameras that cost a huge amount more, and is small enough that I can use it anywhere. So with the Pocket I was able to say yes to the project and keep working while maintaining social distancing.”

In “Stay Home,” Nigel the dog and Kiran’s daughter sit staring at each other until she begins to stand up. Nigel then gently barks at her to sit and stay in keep her home and safe. Shot over two days, the spot included a number of close up shots of both of them from different angles, including an over the shoulder shot of the dog.

“Initially I was asked to shoot it all on a phone because the agency thought it would be too much to ask for someone stuck at home to have a professional camera he could use himself,” he continued. “But I knew had the Pocket and could get I could get amazing images with it. And that it was small enough that it would let me be creative in the angles I could get.”

“The over the shoulder of Nigel shot was the toughest angle we had. Even though I had my son working as a gaffer, sun shade holder and dog treat giver, Nigel wouldn’t sit still. So I had to lay down on my back and hold Nigel between my legs and operate the camera with my free hand, and it worked great,” Kiran said. “The Pocket is so light and small that I could be as nimble as needed to get the shot.”

For post, Kiran worked with Charles Gerstner, an Agency creative director, and colorist. The two had worked together in the past and happened to live in the same neighborhood. After shooting and doing a quick edit and grade using his own DaVinci Resolve, Kiran handed off the footage to Charles.

“I have been a colorist and Resolve user for more than 10 years, and had built a post room around Resolve in my garage at home. I had graded a number of other commercials shot on Pockets, so I knew that I would be getting some really good footage to work with,” Charles said.

“We are all in a tough situation, but we wanted Stay Home to have a warm look that would make you smile. The grade was very simple and I only created and used 5 to 6 nodes per shot in Resolve, and with the use of the panel I was able to easily zero in on the look we wanted,” he continued.

Following the “Stay Home” project, which is being shown across Asia, Kiran is working on several other jobs for brands around the world, including a potential sequel for the PSA.

“It is a very intuitive camera and with its large screen in back I can easily tell if an image is blown out or out of focus. The footage looks cinematic,” Kiran said. “There is no reason why most of the Covid era ads popping up have to be montages or old footage. With a camera like the Pocket Cinema Camera and Resolve, you can still do amazing work anywhere, and create original content, despite the shutdown. Sometimes, limitations force you to be more creative with what you have right in front of you. It forces you to push for simpler ideas, and be more inventive with your output.”

Product photos of Pocket Cinema Camera 4K, DaVinci Resolve Studio and all other Blackmagic Design products are available at www.blackmagicdesign.com/media/images.