Professor Brian Cox OBE to keynote at #IBCShow in Amsterdam

IBC, one of the largest global gatherings of the world’s electronic media and entertainment industry, today announced that Professor Brian Cox, the world-renowned physicist and multiple award-winning broadcaster, is to speak at IBC2014. Brian will take part in the IBC Conference keynote session “Television’s Expanding Universe” on Sunday 14 September.

Professor of particle physics, explorer and rock star, Brian Cox is recognised throughout the world for his stunning hit TV series discovering and explaining the wonders of life and the universe. Originally inspired to become a physicist by the landmark TV series Cosmos, today Brian is motivating a new generation of inquiring minds through the multiplatform world of television, social media and the internet.

“I’m very much looking forward to speaking at IBC2014. Television programmes like Carl Sagan’s Cosmos and James Burke’s Connections had a great influence on me when I was younger, and it’s my view that television is still the most powerful and direct way of inspiring new generations of viewers. Integrating television with social media and the internet enhances that potential. But of course power comes with responsibility, and whilst we celebrate our continuing success, we must also take our responsibility to educate, inform and influence seriously. Can we still strive to be Reithian in today’s multi-platform, multi-channel world? We’d better try if we want to remain relevant, influential, and successful.”

A brilliant thinker, charismatic communicator and musician, Brian will give a keynote address in which he will explain how his unique story-telling style evolved and consider the impact of television’s expansion since Cosmos first aired in 1980. Credited with making science engaging and accessible to millions, Brian will also be giving his thoughts on the physics of television and its future evolution. This keynote address promises to be an unforgettable lively and entertaining session which is absolutely not to be missed.

The IBC Conference is recognised as a world-leading forum for debate and knowledge exchange, uniting a mix of visionary keynotes, panel discussions and master classes with the most influential thought leaders, opinion formers and cutting edge organisations shaping
the industry’s future. Keynote speakers, selected for their authority, relevance and strong opinions, offer a wealth of experience and challenging perspectives as they discuss the influences and factors driving the industry agenda.

Intimately tied to other key events and features around the show, the IBC2014 Conference is built around a series of streams and themes to help delegates navigate the sessions that are most relevant to them. Each day of the IBC2014 Conference will tell a different chapter of the innovation story of our industry and key themes from each day will echo throughout the different streams, with each providing a unique angle and focus.

Recognising that every attendee has different needs, budgets and timeframes in which to maximise their attendance, IBC has developed a comprehensive range of pass options to cater for their individual needs. From the exclusive VIP IBC experience of the Gold Pass to the all-access Silver Pass; five-session-access Bronze Pass and the single session conference add-on, all IBC passes include free admission to the 5 day exhibition and the experience of meeting over 1,500 key international suppliers filling the RAI’s fourteen halls. All passes also include access to IBC’s unique feature events, which reflect the constant evolution of the industry and help facilitate the exchange of information between all its attendees, exhibitors and conference delegates. 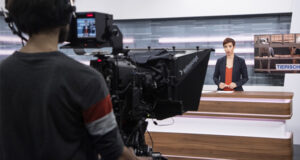 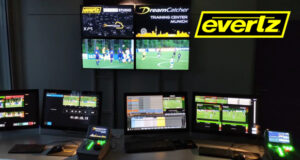