Pronology mRes Captures Stayin’ Alive: A Grammy Salute to The Music Of The Bee Gees

LOS ANGELES, APRIL 18, 2017 – In celebration of the 40th anniversary of the release of the iconic Saturday Night Fever movie soundtrack by legendary recording artists the Bee Gees, CBS recently broadcast a tribute show, which aired on Sunday, April 16. Stayin’ Alive: A GRAMMY Salute to the Music of the Bee Gees was captured before a live audience two days after the GRAMMY Awards on February 14th at Microsoft Theater, and featured artists as diverse as Celine Dion, Pentatonix, DNCE, John Legend and Bee Gees co-founder Barry Gibb performing a selection of hits from the GRAMMY Hall of Fame-honored soundtrack. At the heart of the production, which was produced by AEG Ehrlich Ventures, LLC and The National Academy of Recording Arts and Sciences, directed by Leon Knowles and edited at Kober Post in Hollywood, was Pronology’s mRes encoder, which simplified the entire recording workflow from rehearsals, straight through to show time. 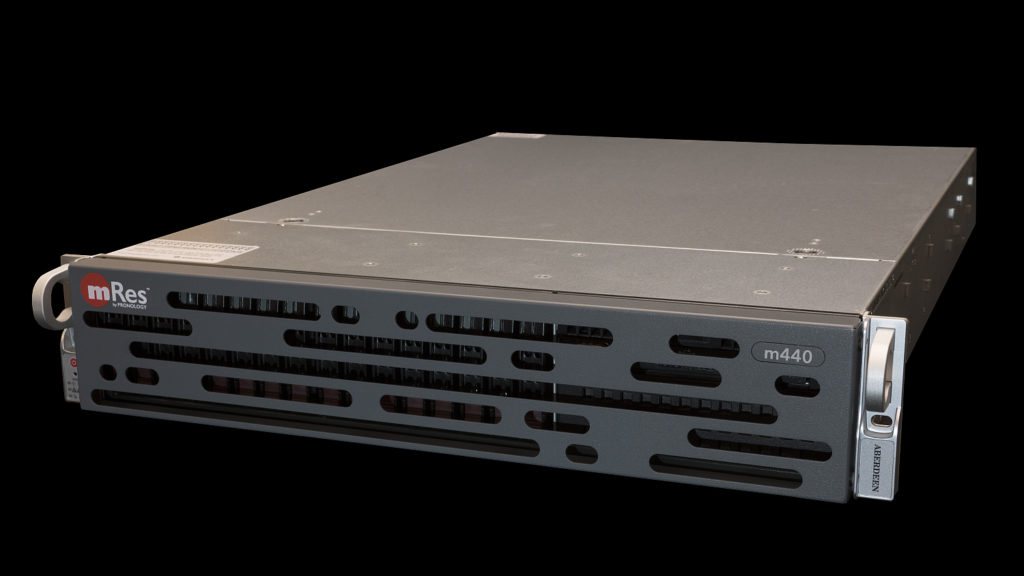 Pronology, a leading media asset management and tapeless workflow solutions developer, was chosen to exclusively supply the encoding devices used in All Mobile Video’s 4K mobile production truck. “Not only was Pronology key in the recording of the show and providing the files to the post-production team, but we also created a series of rehearsal screeners for producers to review,” says Jonathan Aroesty, president of Pronology. “Pronology was at the hub of the production and post-production services, allowing show files to move seamlessly from the stage to the screening areas and edit suites.”

For productions that require different codecs, wrappers and resolutions, mRes, Pronology‘s first standalone encoder, seamlessly records multiple channels of video per SDI or IP input channel prior to compression and wrapping, without missing a frame of action: a high-resolution media file, an edit proxy and a live web-streamable proxy can all be recorded simultaneously.

“The Bee Gees created many of pop music’s most memorable classics. To be able to gather some of music’s brightest stars together to salute this great legacy was very exciting for me,” says Renato Basile, producer of Stayin’ Alive: A GRAMMY Salute to the Music of the Bee Gees. “Along with mRes, we used Pronology‘s Screener to capture the true essence of the music for the choreographers, musicians and producers to review performances and allow them instantaneous artistic changes based on what had just been rehearsed.”

Screener is a multi-channel, file-based production screening device that records universally playable MP4 files. Specifically aimed at directors, producers and other industry professionals working in studio, mobile, sporting and a variety of other environments, Screener replaces legacy DVD recorders that have been traditionally used for screening and offers a wealth of additional features that are useful for modern production.

The All Mobile Video production truck, measuring 57 feet, was equipped with six Pronology mRes encoders and 11 Sony cameras. “Because the mRes boxes can record four channels each, we only required three mRes boxes to record all 12 streams as a primary record and three more boxes for redundancy,” says Jillian Arnold, operator at Pronology. The primary records went to a 12 TB Small Tree Titanium Z5+ Raid System and the redundant files went to a second Small Tree with the same specs. Each video channel also recorded the program’s left and right audio mix as well as isolated audio tracks for post.

“Pronology‘s capability of writing Avid MXF OpAtom files to portable storage is key for productions with fast turn arounds,” adds Arnold. “For quick checking, five- to 10-second test files were shot, recorded and sent to post via FTP. Employing this workflow allowed post-production to load these files faster than a traditional single-wrapped file, making them readily available for review. This was extremely helpful for me as the mRes operator, providing me with the assurance that post had reviewed the files in the proper format, with the correct audio channels prior to the live production.”

Pronology‘s mRes has also been used at the OSCARS, the Critics’ Choice Awards, FOX’s Grease: Live! and the MTV Movie Awards.

About Pronology
Pronology‘s digital asset management and production tools, designed by Emmy Award-winning developers, simplify the tasks of content creation and distribution for today’s file-based workflows by unifying the production process from acquisition to archive. Its award-winning standalone multi-resolution encoder, mRes, provides even greater flexibility to today’s multi-resolution, multi-frame rate and multi-codec production environments, by providing access to multiple formats, instantaneously. Due to its native uncompressed recording architecture – various file formats can be created without any loss of quality or signal degradation since each copy is created from the original uncompressed file.

Pronology‘s comprehensive CenterPoint Core asset management system allows a limitless number of users to simultaneously and remotely acquire, manage, approve, log, distribute, transcode and archive content using a standard web browser. Its user-friendly interface has been designed by users, for users, to accommodate a wide range of possible workflows. Its Location Intelligence feature further accommodates global workflows by allowing users to quickly determine whether content is available on-site or needs to be transferred from a distant location. For more information, please contact Pronology at 212-660-1600/ [email protected]pronology.com or visit us online at www.pronology.com.