MELBOURNE, Florida, July 11, 2017 — Qligent, a specialist in cloud-based, enterprise-level content monitoring and analysis, will unveil Match, the latest addition to its Vision cloud-based monitoring portfolio, at IBC2017, taking place from September 14-18 at the RAI Convention Centre in Amsterdam. Qligent will exhibit Match alongside other products at stand 8.E47. 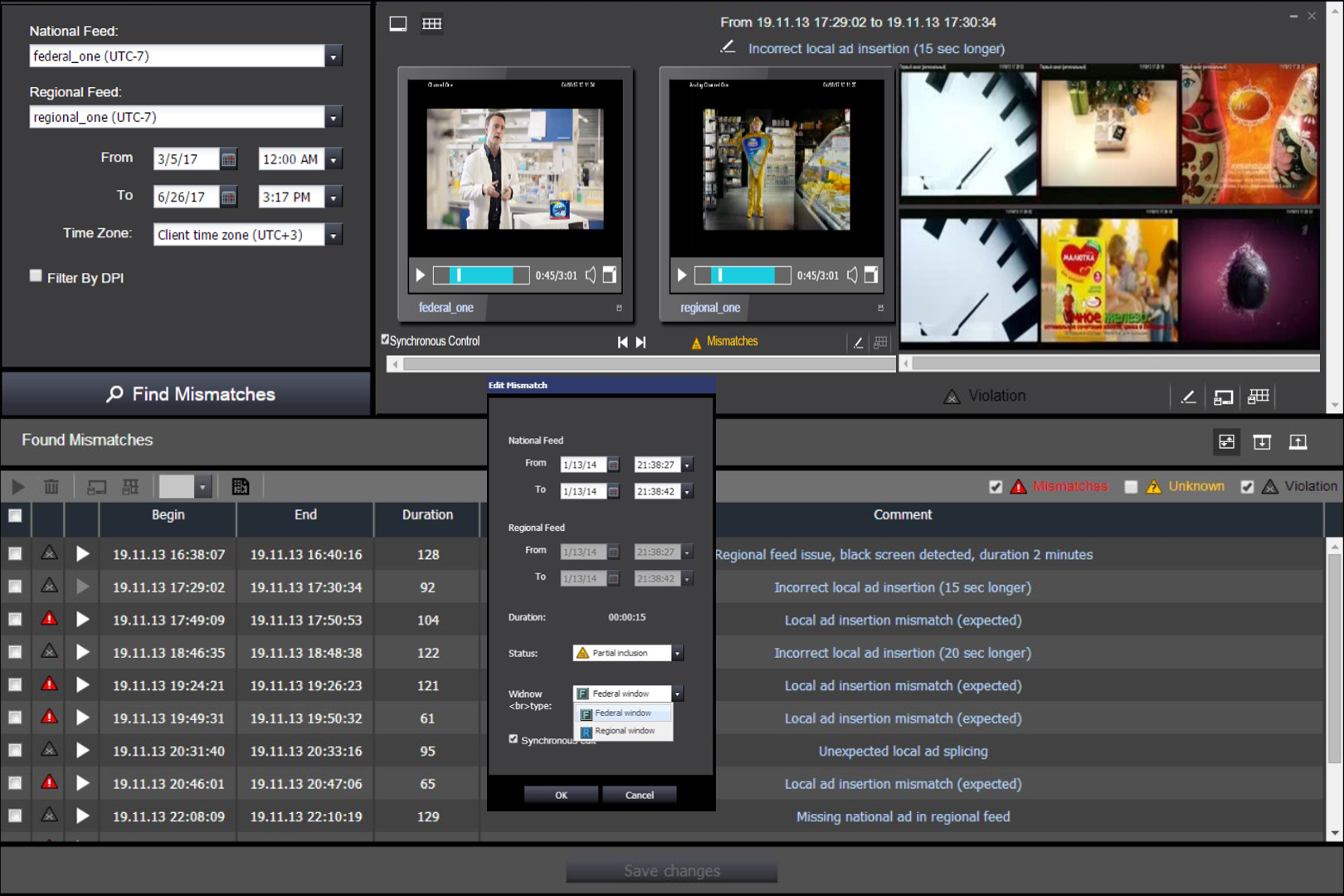 “At various points in the distribution chain, Match can decode the transport stream back to baseband video and audio in order to compare that version with the reference data it captured of the program while it was in its native state prior to distribution. In comparing and analyzing the video and audio content, Match looks for programmatic errors and anomalies that may have occurred due to repeated encoding, multiplexing or other processes as the signals move downstream,” said Ted Korte, Qligent’s COO.

“The moment Match spots an inconsistency,” Korte added, “It triggers alarms and alerts, such as emails or texts, so that costly broadcast errors can be prevented or mitigated before they adversely impact compliance requirements or Quality of Experience (QoE) for viewers.”

Match arms broadcasters with a toolset to identify today’s most common media distribution errors, including:

According to Korte, programmatic errors are on the rise as broadcasters increasingly outsource their master control operations and other functions to third parties; and as video networks expand broadcast content delivery via terrestrial, cable, satellite and over-the-top (OTT) video platforms.

“These errors are generally not caught by the usual quality control (QC) methods that are in place because there is nothing technicallywrong with the signal but rather the program content it contains,” said Korte.

For example, Match immediately recognizes if a program was intended for 16:9 HDTV broadcast, but was mistakenly re-encoded or multiplexed as letterboxed along the distribution path. The system can also prevent false alarm triggers for frozen video during playout when, in reality, that imagery was a static PowerPoint that was intentionally left up onscreen while its associated audio kept going. This is acommon occurrence with infomercials, weather maps, and other seemingly static content.

“Given the dynamic nature of last-minute changes made to media streams before air, operators may not know what the correct program, promo, or advertisement content should be,” said Korte. “Match can automatically alert users when a mismatch is detected, and generate a full recording of both the reference stream and monitored stream. It will also quickly provide a visual representation with thumbnails, which makes it easier to verify whether there is a problem with the content.”

While the original Match reference data is not embedded in the transport stream, this ancillary data is readily available for reference at any point in the workflow.

“Without this capability, as long as the video is playing out smoothly, the on-duty network operator might not realize that there’s a big problem. Maybe the EPG calls for the Big Bang Theory to be on that channel, but they’re airing a documentary instead,” Korte said. “And the wrong show could run for quite some time before the mistake is finally caught, usually when a confused or angry viewer calls in to report the issue.”