Audio recording is highly specialized, and different production scenarios will require drastically different microphone solutions. Acquiring clean audio on set for your film or television production is paramount. Wireless microphones are often used however there may be occasions where they are not available or perhaps the best option. This article is going to take a quick look at a common debate when it comes to recording dialogue via a boom mic. Which one is better; a shotgun or hyper-cardioid microphone?

What is a Shotgun Microphone? 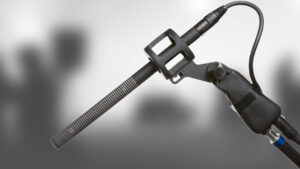 In the simplest of terms, a shotgun microphone is designed to record a range of audio at distances further than other microphones. A standard handheld microphone used for interviews will have what is called “cardioid” directionality. The pickup pattern resembles the shape of a heart and is specialized to pick up sounds directly in front of it while eliminating sounds behind it. This is ideal for a handheld microphone.

This design is very good at recording audio in specific directions at longer ranges while filtering out unwanted ambient noise. For this reason, shotgun microphones are often used as boom mics on set, so they can be pointed to an actor’s mouth while positioned away out of frame.

What is a Hyper-Cardioid Microphone? 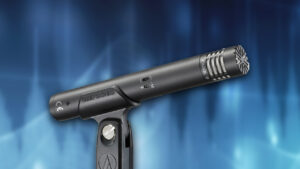 A hyper-cardioid microphone (similar to a super-cardioid) could be viewed as a “hybrid” between a cardioid mic and a shotgun mic. It has a similar “heart-shaped” pickup pattern to that of a handheld microphone. However, the pickup range is more focused and rejects more sound from the sides than a standard cardioid mic would. The caveat to this focused range is that while it eliminates more sound from the sides, it picks up more noise from the rear. This would make it a poor choice for a handheld field reporting mic as it would pick up the handling sounds of the microphone as well as it would the speaker’s voice.

These microphones are also often used as boom mics because of this focused range and are great for recording clean audio.

There are long-standing debates amongst audio engineers in the recording industry regarding which microphone to use for which application. The truth is, it’s not a matter of which mic is better, but rather understanding their advantages and the environments they are being used in. 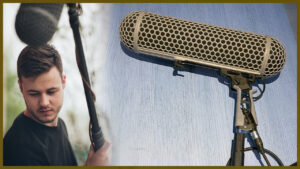 It is important to remember that both of these microphones do well at eliminating ambient sound from the side at the cost of picking up sound from the rear. A shotgun microphone has a longer range of pickup than a hyper-cardioid does, but that also means it has a greater rear lobe pickup. Why does this matter?

Consider a scene being filmed inside of an office. The microphone is boomed high up out of the camera shot. Are the ceilings high or low? If it is low and the microphone is near it, then that shotgun mic may pick up unwanted sound reverberating off the ceiling.

A hyper-cardioid also has a rear lobe pickup, but it is much smaller than that of a shotgun mic so it may be more favorable in that scenario. Rooms with heavy reverberation tend to create strange effects with shotgun mics and record unwanted noise.

The rear noise pickup is less of an issue outdoors, where the microphones are unlikely to be held close to ceilings and may encounter fewer issues with echoing. Shotgun mics work great outdoors; however, they may be susceptible to wind noise. Using accessories such as “dead cat” filter screens or microphone blimps can eliminate this issue.

A hyper-cardioid experiences fewer issues with these scenarios; however, the tradeoff comes in range. While they are great at recording clean dialogue on a boom, they don’t have the extended reach that shotgun microphones have. Additionally, their “axis” of pickup is much smaller and works best when pointed directly at the source of the sound. Thus, hyper-cardioids work better in more stable and stationary setups than trying to follow a talent moving around.

This leads to the common expression that shotgun mics are best used outdoors while hyper-cardioids are more suited for indoor recording. While this is often the case, there certainly are exceptions. A production filmed on a sound stage with high ceilings is unlikely to cause reverberation or rear pickup issues for a shotgun microphone.

How to Achieve the Best Recordings 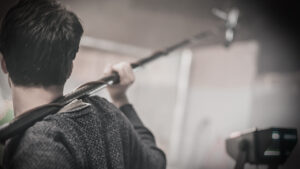 Understanding each microphone’s strengths and weaknesses and the environments you will be working in goes a long way to recording clean audio. You can take a few steps to give yourself a greater advantage.

Scout the location whenever possible. If you have access ahead of time, it is recommended to do some recording tests to discover any challenges you may run into. Check the site for reverberations, low ceilings, or anything that may cause interference. If it’s feasible, scout the location at a similar time of day the recording will take place. Sometimes environmental noises—such as trains or church bells—may occur at certain times, and you don’t want surprises when you are recording.

Try to use the same microphones for each scene for consistency. Shotgun, hyper-cardioid, and even wireless lavaliere mics generate different sound properties. Switching between microphones in the same location may be jarring for the audience.

Invest in as good of quality microphones as your budget allows. Quite often, you get what you pay for. Going cheap in equipment may end up being costly in the recording.