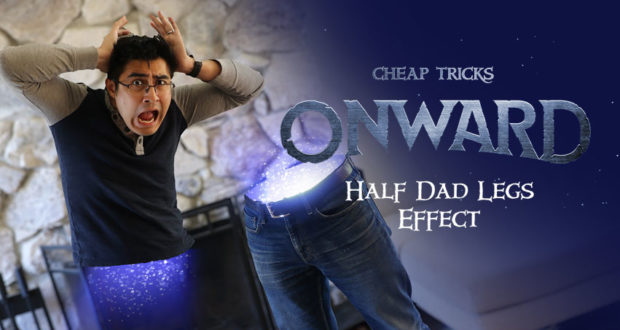 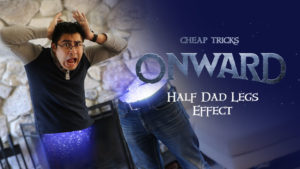 Portland, OR – March 09, 2020 – Red Giant has just released another Cheap Tricks episode, featuring half-dad, a father who is conjured back to life with only his legs and feet, from Pixar’s “Onward” – now playing in theaters. In this Cheap Tricks episode, now out on YouTube, Dan “Hashi” Hashimoto, the Action Movie Dad, shows viewers a range of techniques for erasing characters from static and dynamic shots using 3D plate projection for a live-action remake of half-dad from “Onward.” Viewers will also learn how Maxon Cinema 4D is used to create a more animated version of “dad legs.”

“I think that knowing how to erase things from a handheld shot is a skill that could prove useful in a million different ways,” Hashi explains. “You may never need to create dad legs per se…but there are lots of reasons that visual effects are used to erase limbs in movies.”

Focusing on camera tracking, basic plate projection, masking and particle & lens flare plugins, Hashi demonstrates three levels of difficulty approaching how to erase the top part of his body while keeping his legs moving around in After Effects. Many tools from Red Giant Complete were used to help create the effect including Trapcode Particular, which was primarily used to create the magical particles coming the “magical wand” seen in the video that was used to diminish Hashi into a pair of legs. Other tools used included plugins from Magic Bullet Suite and VFX Suite. In the last 10 minutes of the tutorial, Hashi creates a CG version of half-dad by utilizing Maxon Cinema 4D and Adobe’s Mixamo.

Free Trial
Want to follow along? Don’t worry, it won’t cost you an arm and a leg (or even you’re upper torso)! You can download a free trial of both Red Giant Complete and Maxon Cinema 4D and have access to fully functioning versions of all of our tools!

Download the project files for “Onward Half Dad Effect” on the Red Giant tutorial page.

The Red Pledge
Red Pledge is Red Giant’s commitment to customer happiness, with no purchasing hassles. Learn about the Red Pledge guarantee at www.redgiant.com/company/red-pledge/.

Request a Red Giant Media Review Kit
Members of the media are invited to review Red Giant Complete as well as any individual tools or product suites from Red Giant. For more information or to request a product review kit, please contact Megan Linebarger at [email protected].

About Red Giant
Red Giant is a software company made up of talented artists and technologists who collaborate to create unique tools for filmmakers, editors, VFX artists, and motion designers. Our company culture is focused on finding balance between work and life – we call it “the double bottom line” – this philosophy helps us ignore complexity in favor of building simple tools that yield giant results. Over the last decade, our products (like Magic Bullet, Trapcode, Universe and PluralEyes) have become the standard in film and broadcast post-production. With over 250,000 users, it’s nearly impossible to watch 20 minutes of TV without seeing our software in use. From our experiences as artists and filmmakers, we aspire to not only provide tools for artists, but inspiration as well. Watch our films, learn from over 200 free tutorials, or try our software at www.redgiant.com. 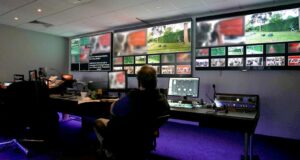 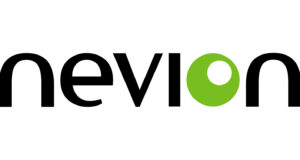