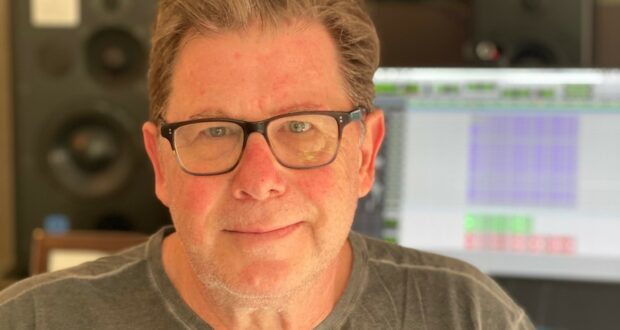 
NEW YORK, APRIL 15, 2021 – Independent Sound Mixer Alan Meyerson has worked on a multitude of high-profile films and video games, like Star Wars, Shrek and Gears of War. Many of these projects have become case studies in the importance of how music and sound play an integral part to the overall storytelling. No matter where he has set up shop for the day, Meyerson relies on NUGEN Audio’s Halo Upmix and Halo Downmix plug-ins, along with Stereoizer and NUGEN Producer, to ensure clients receive the superior quality of sound they seek from his professional services.

“I first started using NUGEN’s Halo Upmix and Halo Downmix for surround and immersive sound projects, and it was fantastic,” says Meyerson. “From there, I started looking into their other products and realized that NUGEN is a company that is on the cutting edge of technology in terms of its offerings.”

Meyerson says he enjoys using Halo Upmix for the variety of techniques it offers while mixing pre-recorded material. The plug-in enables him to achieve natural and coherent upmixing from stereo to 5.1 and 7.1 sound. Meyerson explains that his typical projects fall into two large scale areas—5.1 surround sound or Dolby Atmos. For those projects, film composers typically send him a pre-record or master of the score that they created, much of which ends up in the final mix. In modern scoring, there is also typically a combination of orchestral music and computer-driven elements―such as percussion, guitars, or synth sounds―that need to be added. It is up to the sound mixer to figure out a way to take the stereo scores and turn them into surround sound mixes.

“One of the challenges of these projects is that if you use the same technique over and over again, it’s like putting vanilla syrup on vanilla ice cream; you start losing the effect,” Meyerson explains. “I found the best thing to do is find three or four different techniques to accomplish the same goal. That way, I can keep things interesting and end up with a wider and much more open image. NUGEN is a perfect solution for the approach that I use.”

Meyerson adds that Upmix doesn’t “color the sound.” In the past, if he took stereo audio and upmixed it to surround, “a lot of things could go wrong, such as losing some of the front image because all of the sound is diverted to the sides for surround, or to the upper/height speakers in Atmos.” Meyerson says he relies on NUGEN’s Upmix to negate this from happening.

“I found NUGEN is almost invisible,” he continues.  “It adds all of those elements and does it in a very elegant way where I am getting a really true sense of width, but it still sounds the same. It still comes back to me at the same level and has the same amount of power and impact. That’s a huge advantage. There are other companies that also do stereo to surround, but those solutions are a little bit more colored. So, even if someone has one of the other options, I encourage them to add Halo Upmix to their package, because it really is a fantastic tool.”

Meyerson says NUGEN’s Stereoizer stereo widening software is also beneficial when he receives stereo sound that has all the content on the same stereo plane. “Sometimes it can sound a little too mono or a little too wide, but what I found while mixing is that I get so much benefit out of varying the width of my files, even mono,” he adds. “NUGEN’s Stereoizer is such a good solution because it is frequency-based. You can control the low-end to stay steady and focused on the center, and have the high-frequency start spilling out. Stereoizer is a helpful tool for getting outside the speaker.”

With the NUGEN Stereoizer capabilities, Meyerson says he can create a much more dynamic mix by “taking some of the keyboards and moving them out five percent or taking the percussion and moving it in five percent, and so forth. Those little changes make a huge difference.”

For his recent projects, Meyerson began using the NUGEN Producer bundle, the brand’s award-winning mix and mastering suite of tools that includes eight elite plug-ins, designed to provide users with deeper control over their full production workflow. From EQ, stereo panorama and low frequency content, to mixing and mastering for today’s streamed delivery services, the Producer Bundle enables users to identify and solve a multitude of audio issues in order to increase the quality and efficiency of any audio production. Meyerson is currently utilizing the suite for six-time Grammy-nominated artist Moby’s upcoming album and the upcoming Minions: The Rise of Gru (2022) movie, and just used it to score the reboot of Dune, set for release in October 2021. “I’m going to use this on everything,” he concludes.

Meyerson, who began his career as a young student studying classical trumpet and later apprenticed in the music recording industry, has worked on more than 300 movie and video game scores during his four-decade career. Well known for his 30-year residency at Hans Zimmer’s “Remote Control” production company, Meyerson’s long list of credits include a wide array of blockbuster films. Among these are several Star Wars films; all of the Pirates of the Caribbean and Shrek movies; Dunkirk (2017), The Dark Knight (2008); Wonder Woman (2017), the recent live-action Lion King (2019) and Mulan (2020) films. His credits also extend to video games such as Halo and Gears of War; as well as recording artists like The Reddings, Jody Watley, Nia Peeples, Dead Mouse, Daft Punk and Moby.

Meyerson also recently acquired NUGEN’s Paragon software, which he plans to use on forthcoming projects.