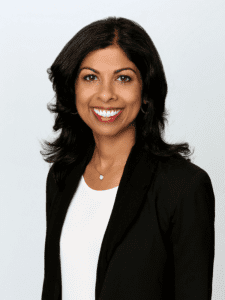 Renu Thomas has been promoted to executive vice president, Media Operations, Engineering and IT. It was announced today by Ben Sherwood, co-chair, Disney Media Networks and president of Disney|ABC Television Group, to whom she will now report.

In her new role, Ms. Thomas’ will work closely with members of DATG’s senior leadership team to ensure strategic alignment of the Group’s investments, initiatives, and business growth objectives, including global expansion, organic growth into new markets, and new product/service development/deployment. She will work in collaboration with John Frelinghuysen, the Group’s executive vice president, Digital Media, Strategy & Business Development, and his team to assess and optimize DATG’s current technology needs based on the Group’s strategic initiatives.

Additionally, her overall responsibilities will now include the development and implementation of operational and business-to-business IT strategies and solutions that support the Group and its individual business units.

“Renu has distinguished herself as someone with a deep understanding of our current business operations and the vision needed to guide us into the future,” said Mr. Sherwood. “She is well respected by her peers here at Disney|ABC and by the rest of the industry, and is absolutely deserving of this promotion.”

Most recently, Ms. Thomas served as senior vice president, Technology and Operations, under Vince Roberts who, as previously announced, will retire in January 2016 after more than 30 years with the company. In this role, Ms. Thomas was responsible for the technical and operational strategic direction and ongoing management of all television functions across US Domestic Disney Channel, Disney XD, Disney Junior, ABC Family, Disney|ABC Domestic Television (Syndication) and Radio Disney. Additionally, she provided support and collaborated with teams in Europe, Asia Pacific, Latin America and Canada on operational and technical activities involving production, channel origination, satellite asset management, foreign-language dubbing, duplication and distribution; advanced technology, studio operations and technical affiliate relations.

“I am looking forward to working with the senior leadership team at DATG as we navigate the many opportunities available across our strong portfolio of media brands,” said Ms. Thomas.

Ms. Thomas joined The Walt Disney Company in 2007 as executive director of Operations for ABC News where she was responsible for setting the overall strategy and leading the operations for studios, control rooms, editing and graphics for all ABC News programs. Prior to joining ABC News, she held production and operations positions with MacNeil/Lehrer Productions and NBC Universal.

Ms. Thomas graduated from Cornell University with a Bachelor of Science and Master of Engineering in Operations Research & Industrial Engineering. She is involved in alumni activities, including the President’s Council of Cornell Women and Engineering College Council.