Rick Alloway, Gary Kerr and Neil Nelkin to be inducted into the NBA Hall of Fame 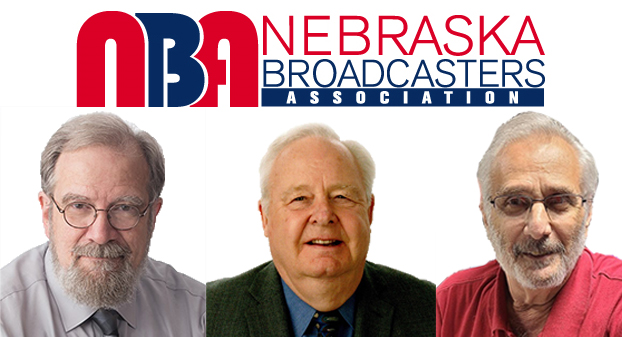 The Nebraska Broadcasters Association will welcome Rick Alloway, Gary Kerr and Neil Nelkin into the NBA Hall of Fame on the evening of August 9th in Lincoln, during the 87th Annual NBA Convention.  Established in 1972, these inductees will bring the total number of NBA Hall of Fame members to 112.

Rick Alloway earned bachelor’s and masters’ degrees in broadcasting from the University of Nebraska – Lincoln.  He worked for KFOR radio in Lincoln from 1972-1984 as an announcer, producer, promotions director and operations manager.  He then worked as an account executive and as a broadcast producer for a Lincoln ad agency for two years, and also did Lincoln-area high school sports play by play cablecasts from 1972-1981.  A full-time UNL faculty member since 1986, he taught the college’s sports broadcasting course for 30 years and was a member of the steering committee that developed the college’s major in Sports Media and Communication.  From 1995-2021, Alloway hosted the NBA’s monthly Governor’s Call-In Show.  He is a 28-time recipient of the UNL Parents Association recognition for contributions to students, reflecting his continuing, powerful impact on the education and lives of hundreds of future broadcasters.

During his 34 years as a broadcast journalist, Gary Kerr became known as the “Cronkite of the Midwest,” a trusted anchor for his professionalism, intelligence and kind demeanor.  His career began as an Ag reporter in Sioux City, Iowa before moving to Omaha in a similar role at WOW radio & WOW TV in 1964.  Kerr became the WOWT TV news anchor in 1971, delivering the news of significant events including Omaha Civil Rights and Vietnam War protests, the 1975 Omaha tornado and the 1980’s farm recession.  Kerr covered several presidential campaigns and traveled to Germany to report on the 52 Americans held hostage by Iran.  Kerr retired from WOWT in 1998, leaving the station with a legacy of producing a “Kerr Story;” a story that is factual, includes everyday people, asks the hard questions, and is told with compelling video and excellent writing. Since 2000, Kerr has volunteered to help organize monthly education programs at the Omaha Press Club.

In a career spanning more than 50 years and still going strong, Neil Nelkin has excelled in a career that includes his work as an announcer, talk show host, program director, operations manager, station manager and co-owner.  Nelkin also worked in operations and engineering for the ABC Television Network in New York.  Nelkin’s true love is radio, where he worked with numerous owners and managers at successful radio stations in North Platte, Ogallala, Lincoln and Omaha.  Nelkin is perhaps best known for his unique ability to identify and groom talent.  Referred to by many as the “Godfather of Radio,” Nelkin is revered by deejays, talk show hosts and sports play-by-play announcers whom he coached and trained to go on to achieving their own level of significant success, in Nebraska and far beyond.  He continues to stay active in Omaha radio, at both NRG Media and at Walnut Media.  His tireless devotion to broadcast excellence is unmatched.

The Nebraska Broadcasters Association is a 501(c)(6) non-profit organization supporting the interests of FCC-licensed AM, FM & TV member stations throughout Nebraska, and is the second-oldest state broadcast association in America.