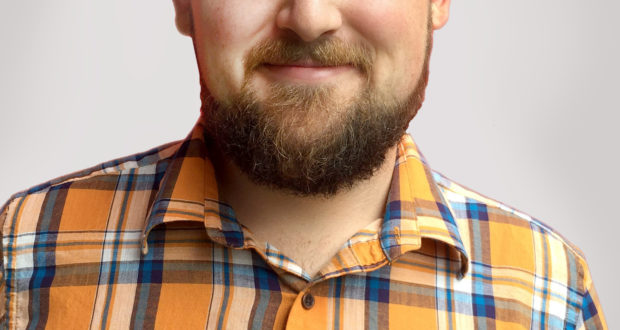 WUPPERTAL, Germany — Nov. 22, 2016 — Building out the technical capacity and capabilities of its North American team, Riedel Communications has hired Zach Funk and Justin McClellan as Service and Support Engineers in the Riedel North America Technical Services department. Through their previous experiences in live-event production and broadcast television, both Funk and McClellan have overseen setup, implementation, and maintenance of Riedel signal distribution and communications systems.

“Through work with Zach and Justin on a variety of Riedel installations, we know that they have the right spirit and technical expertise to play a valuable role on the Riedel North America team,” said Joyce Bente, President and CEO at Riedel North America. “Their knowledge, dedication, and enthusiasm in working with our clients will contribute to customer satisfaction and continued adoption of Riedel solutions in markets across North America.”

Funk’s previous work with Riedel includes a year as a logistics specialist for the company from 2011 to 2012. More recently, as a freelance systems technician, he collaborated closely with Riedel in setting up and configuring Riedel MediorNet systems for a large media organization’s trade show booth and for the Toronto 2015 Pan American Games. Funk’s industry experience also includes the role of Technical Director at Flatirons Community Church in Lafayette, Colorado; Lead Audio Engineer at Mars Hill Church in Seattle; System Integration Wireman at Beck Associates in Denver; and Live Sound Technician at Azusa Pacific University.

McClellan joins Riedel having most recently served as a freelancer in RF and communications work for corporate events and large TV broadcasts, including the Central American and Caribbean Games Veracruz 2014 and “CMT Crossroads.” During this time he gained experience working on a wide array of audio consoles, intercom systems, and control software systems. McClellan began his career at Alford Media Services, where he built and refined his skills as both an RF technician and a communications technician. He was instrumental in upgrading Alford’s communications systems to Riedel Artist systems and then led the training of in-house and freelance staff on Riedel equipment.

“The technical expertise that Zach and Justin bring to the table is exceptional, including a great deal of hands-on work with Riedel systems, as well as other key systems common in live-production environments,” said Jeremy Lommori, Head of Technical Sales and Support for Riedel North America. “Working from our offices and on site, they will be invaluable technical support resources for our customers.”

Funk is based in Burbank, California, and McClellan is based in Nashville, Tennessee. Both report to Lommori.

About Riedel Communications
Riedel Communications designs, manufactures, and distributes pioneering real-time video, audio, data, and communications networks for broadcast, pro audio, event, sports, theater, and security applications. The company also provides rental services for radio and intercom systems, event IT solutions, fiber backbones, and wireless signal transmission systems that scale easily for events of any size, anywhere in the world. Riedel is headquartered in Wuppertal, Germany and employs over 450 people in 19 locations throughout Europe, Australia, Asia, and the Americas.