Learning how to be a professional.

Adelaide, South Australia— Rising Sun Pictures Education has served as the stepping stone that many young artists have used to make the leap from the classroom to industry. Joannah Anderson is one. Having successfully completed the RSP / UniSA 12-week Graduate Certificate Program in Dynamic Effects and Lighting earlier this year, Joannah has just landed her first job as a Junior 3D Lighting Artist at Technicolor’s newly-launched Mill Film studio in Adelaide. The Sale, Victoria native will now be putting the skills she learned in 3D visual effects techniques to practical use on film projects destined for cinemas around the globe. 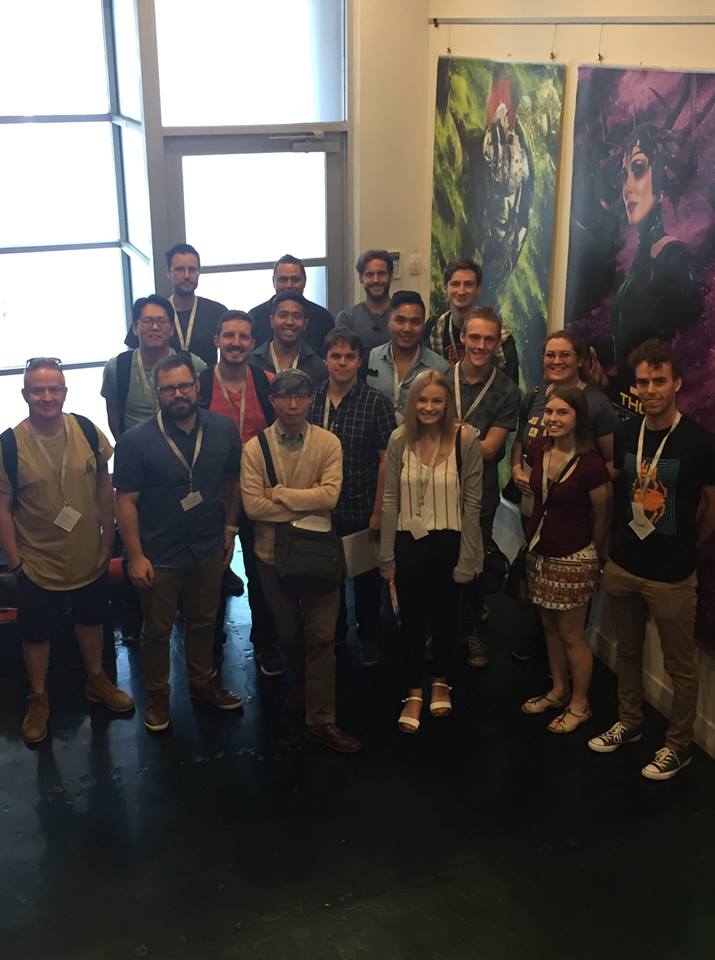 Joannah recently spoke with RSP about her experience at RSP, her new job and her future.

RSP:       Where did you first study visual effects?

Joannah Anderson: At AIE (Academy of Interactive Entertainment) in Adelaide. I was 18 and wanted to learn about animation but my hometown, Sale, didn’t offer anything. As it happened, my parents were planning a move to Adelaide and AIE had just opened at the time, so I moved with them.

JA:          3D animation and visual effects. I started in the game program, but eventually transferred to film and earned an Advanced Diploma in Screen and Media.

JA:          AIE had an open house and one of the speakers was from Rising Sun Pictures. I thought if I wasn’t offered a job straight out of school, I’d get some more experience at RSP.

JA:          It was really uplifting. You work in a studio environment and learn from professionals, and you can engage with them at any time. I got a feel for how a big studio works, how people interact. The course itself was a Graduate Certificate program in Dynamic Effects and Lighting. We mainly used Houdini. It was my first time using that software.

JA:          A little bit. Some of my classmates had experience with Houdini, so I had some catching up to do. But they all helped me. The concept was a bit different from software I’d used previously, but once I gained confidence, it was easy.

RSP:       Did any of your instructors make a particular impact on you?

JA:          Yes. Greg and Sam, our lighting instructors, changed my whole opinion toward lighting. When I’d joined the course, I thought I’d never be interested in lighting. I wanted to go into VFX, but halfway through that flipped. Greg showed us stills from Monsters, Inc. and pointed out the lighting details, how you could use lighting to pick out certain colors. He was very passionate about it, and that rubbed off on me. I learned that you can tell a story with lighting, or direct the audience’s eye to a certain area of the film. He literally taught us how to turn light into art.

JA:          They improved very, very rapidly. When I applied to RSP, I didn’t think I’d be accepted. By the time I finished the course, I had a lighting showreel that I loved. I sent it off to Technicolor confident that I had a chance to land a job. I felt so much better about myself having pushed through the course.

RSP:       Aside from the technical training, what did you learn about being a professional artist?

JA:          We attended day-in-the-life sessions where we were exposed to all levels of industry professionals who talked to us about their work. We also had several sessions with recruiters who gave us advice about applying for jobs, how to conduct ourselves during interviews, and what employers look for in showreels. That helped me a lot with my job interview.

RSP:       Did the program meet your expectations?

JA:          It exceeded them. At first, I thought it was going to be much too hard, that I wouldn’t understand anything. But that turned out not to be true. All you have to do is dedicate yourself and work hard. In three months, Rising Sun Pictures taught me how to be a professional.

JA:          I have a cousin who works in the industry and she told me that Technicolor was coming to Adelaide. I applied on a whim. Two weeks later, they called me in for an interview. Two weeks after that, I was offered a job.

JA:          I’m currently training in the lighting department. We haven’t started production yet. They use Katana. So, I’m learning a whole new program again. But it’s okay. It’s very similar to Houdini.

JA:          Feature films mainly. I’ve wanted to work on films since I was a little kid. It’s sort of a shock that I’ll be working on films in my first job.

JA:          I’d love to go to Vancouver or London. I have dreams of one day opening my own studio. But that’s after I do a bit of networking and get to know people.

RSP:       What advice do you have for other aspiring artists?

JA:          Enjoy the process. Don’t be too hard on yourself. We all have to start somewhere. It takes a lot of hours to become a working professional. Work hard and put together a strong presentation that reflects who you are as a person. Be confident in your work and you’ll get by. If you’d told me last year that I’d be working as a lighting artist, I would have laughed. But here I am.