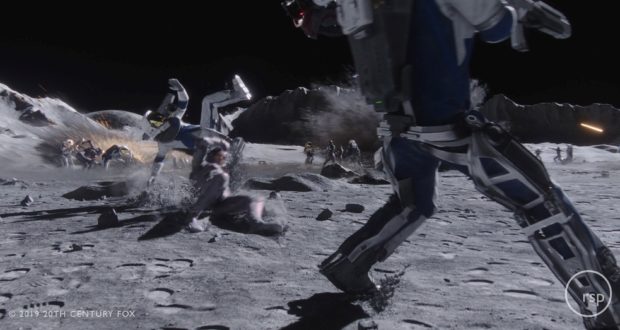 Directed by Robert Rodriguez and co-written and produced by James Cameron and Jon Landau, Alita: Battle Angel centers on a young woman (Rosa Salazar) on a journey to discover the truth about who she is. Produced natively in stereoscopic 3D, the film is based on the best-selling manga series from Yukito Kishiro. 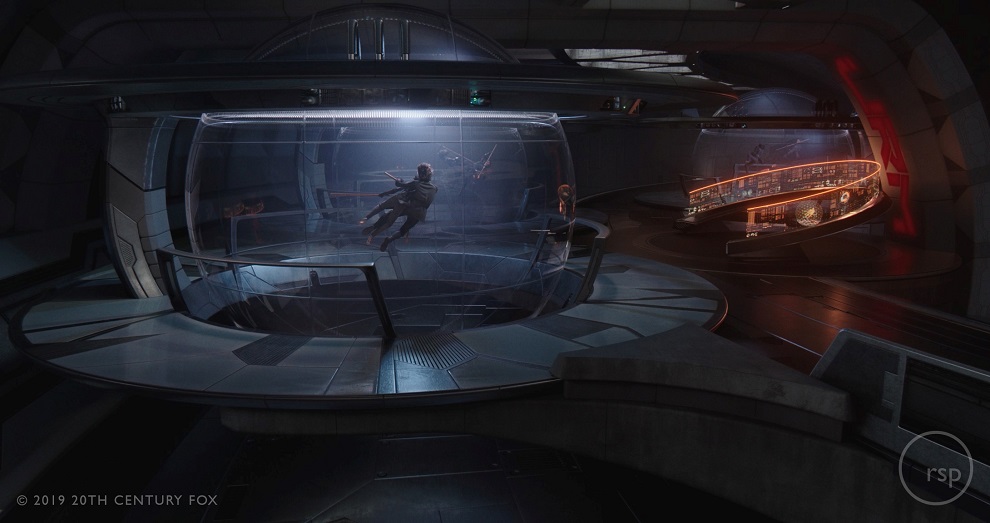 Weta Digital VFX Supervisor Charlie Tait and VFX Producer Kevin Sherwood, collaborated with Rising Sun Pictures on the moon battle sequence as well as a second, equally complex sequence set inside a translucent satellite used to train cyborg fighters in zero gravity. For the former, RSP produced the lunar environment as well as spacecraft, weaponry and pyrotechnics, and integrated Alita and hero CG characters provided by Weta Digital. Although fully CG, the sequence looks photoreal with the moon environment rendered in precise detail and the action, including explosions and clouds of debris, calibrated to conform to real conditions.

“We made the scene as accurate to real physics on the moon as possible,” explains RSP VFX Supervisor Tom Wood. “We replicated one-sixth gravity and no atmosphere, so when explosions occur, debris flies directly out and much farther than it would on Earth.”

Integrating falling debris with the scene’s dozens of CG characters, all engaged in combat, was a formidable task. “To make the lighting and the swirling dust work properly, we created proxies of many characters, using curves and specs provided by Weta,” says Wood. “Our compositors employed every trick in the book.” 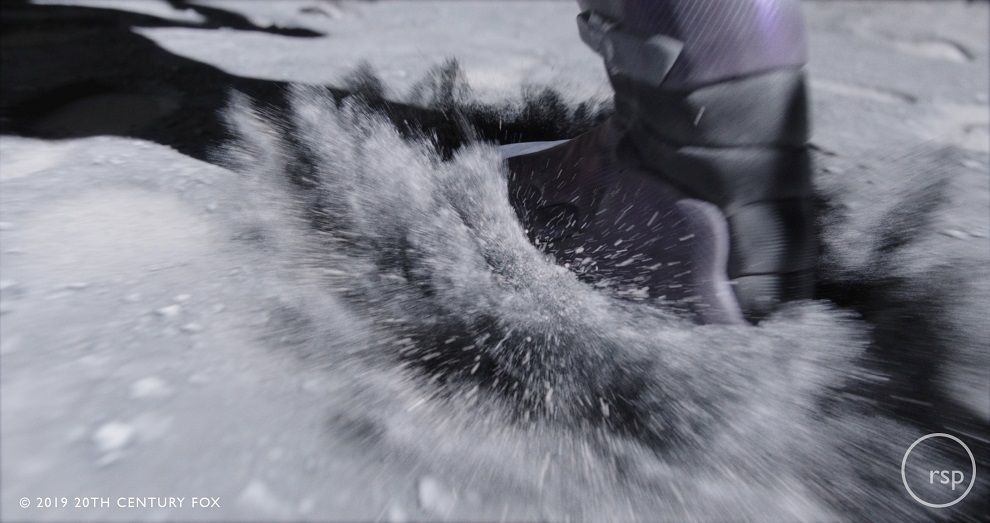 Achieving a seamless, believable and exciting sequence required unusually close collaboration between RSP and Weta Digital. The animation and effects underwent continuous refinement from the initial phases of production through final delivery. As a result, assets were in constant need of updating or replacement. “We did a lot of testing in the early stages to ensure the smooth sharing of assets and renders,” recalls 2D Lead Jess Burnheim. “By the time shots arrived in compositing, the pipeline was so well-honed that the process was seamless.”

The training sequence was produced in a similar manner with Weta Digital artists creating the characters and RSP focusing on the spherical, satellite, high-tech props and atmospheric effects. “Weta supplied a model of the training facility as well as the camera data,” says Wood. “We took their setups, developed their assets and integrated Alita and her instructor who are training with swords.” 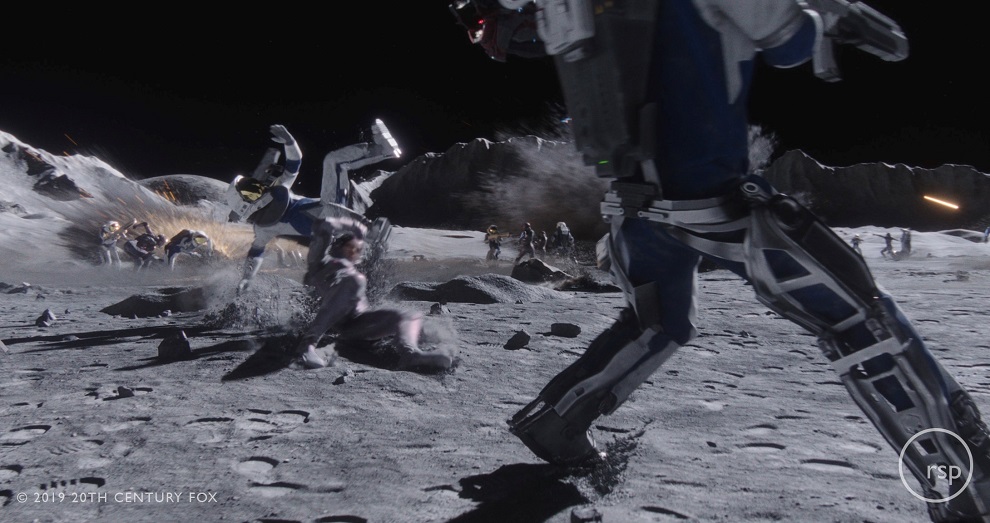 In this instance, the team had to simulate zero gravity, making characters and props appear to float freely in the translucent globes. “The weightless effect was keyed off of the animation and hair simulations from character work at Weta,” says Burnheim. “We enhanced it by creating an environment that is clean and clinical, with subtle light flares adding realism. We gathered reference material of other zero-gravity environments and studied how light reacts to edges and strands of hair, how it makes highlights bloom.”

Again, there was considerable back-and-forth between the two facilities. “We maintained a shared schedule and shared targets,” notes VFX Producer Arwen Munro who joined RSP from Weta Digital last year. “That allowed both sides to track progress as we moved forward from work-in-progress and temp phases. The key was keeping lines of communication open and transparency in scheduling and targets. It went smoothly and we are very proud of the resulting images.” 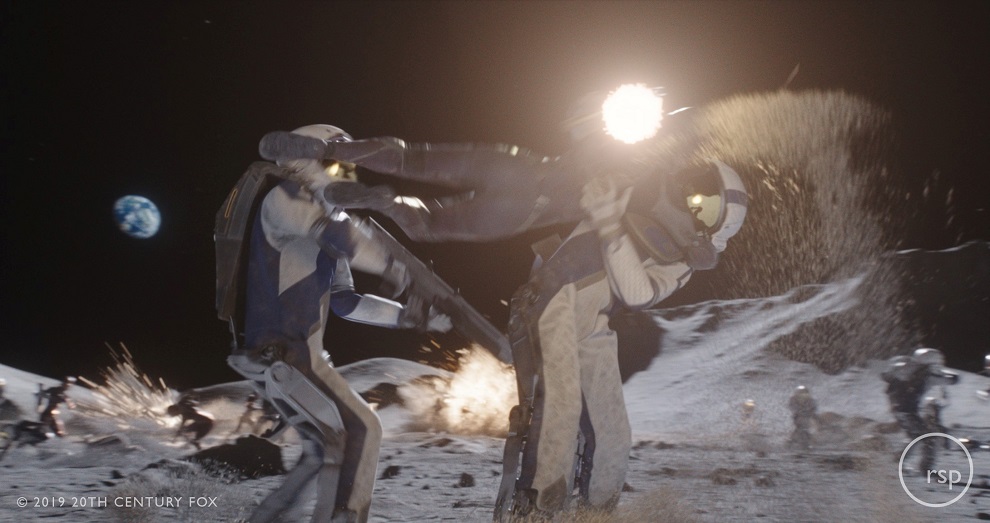 With sharing shots becoming increasingly in common, it’s important that facilities know how to align their pipelines and work cooperatively toward a common goal. “Working with Weta was a very positive experience from the start,” notes Wood. “There was a lot of commentary and things that needed to be changed right up to the last minute, but it was a very smooth run. We had a great time.”

Our studio enjoys the advantage of being located in Adelaide, South Australia, one of the world’s most liveable cities. That, combined with our sterling reputation, and access to one of the largest and reliable rebates, makes RSP a magnet for film-makers world wide. This has propelled us to continued success and enabled RSP to contribute to a range of projects including Dumbo, Predator, Tomb Raider, Peter Rabbit, Animal World, Thor: Ragnarok, Logan, Pan, the X-Men franchise and Game of Thrones.