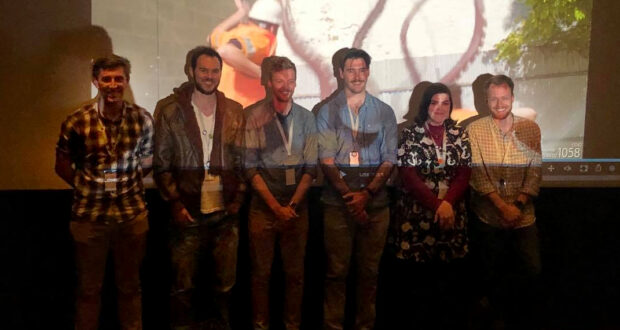 Adelaide, South Australia— With the film and television industry rebounding from the pandemic, now is a great time to begin a career in visual effects (VFX). Production activity, in Australia and worldwide, is expanding quickly as studios and streaming services rush to meet pent up consumer demand for new content. That, in turn, has caused a labor shortage, especially for professionals with specialised training, such as visual effects artists. Studios that produce VFX for film and TV can’t hire qualified talent fast enough.

Adelaide-based VFX studio Rising Sun Pictures (RSP), which operates a training program for visual effects artists in partnership with the University of South Australia (UniSA), recently experienced an unprecedented 100 % employment rate of its most recent graduating class.  Six of the graduating cohort who earned undergraduate or Graduate Certificate degrees this past May were also hired by Rising Sun Pictures as junior artists to work on an Australian film production. 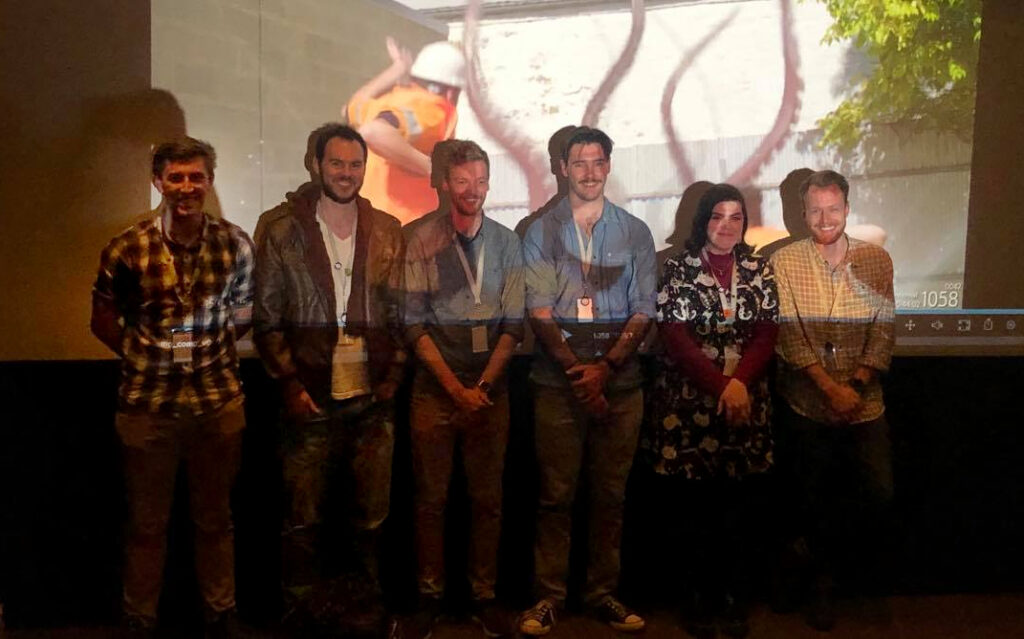 RSP has a solid slate of work scheduled for the next year and with a number of high-profile film and streaming projects in the pipeline, RSP Managing Director Tony Clark wishes there were more graduates to hire. “As the world emerges from Covid, a large amount of production work has flowed into the system,” Clark says. “The resulting talent shortfall globally is good news for young people coming through training programs like ours as they are entering an industry with full employment. And it isn’t simply a post-Covid phenomenon; we expect opportunities to remain strong for years to come.”

RSP partnered with UniSA in 2015 to meet its own need for skilled junior artists. The program is unique as courses are taught by working professionals and classrooms are set up to simulate a real-world production environment. Students gain both the technical knowledge and the hands-on experience needed to move directly into professional roles.

Over time, the program has grown and diversified. Working closely with UniSA, the studio has developed a varied curriculum of Undergraduate and Graduate Certificate courses across many aspects of visual effects production. The studio has also adapted its program to benefit both university students preparing for their first jobs, and established professionals seeking to add to their skillsets or make career changes.

Clark points out that with several visual effects studios having recently launched or expanded operations in South Australia, it’s vitally important to develop a capable local workforce. Although the course accepts students from across Australia and internationally, a large portion are native to Adelaide and other nearby locations. “RSP is committed to South Australia as a place to build our business,” he notes. “It’s fantastic to be involved in training new talent and creating employment opportunities in the state.

For students, RSP’s training program provides a proven path toward what many regard as a dream job. Graduates hired by RSP have ended up working on blockbuster titles like Black Widow, Ford v Ferrari and Captain Marvel. Seeing your name projected on a theatre screen at the end of a hit movie is the kind of payoff few first jobs can match.

Moreover, the work itself is interesting, varied and challenging. The six recent graduates who were hired by RSP are all working as junior artists in the studio’s 2D department. The work is fast-paced and requires high-level creativity and problem-solving skills. No two days are alike. “Our juniors tackle a wide range of tasks including rotoscope, paint and prep,” explains Jess Burnheim, the studio’s Head of 2D. “They are involved in rig and set removal and cosmetic fixes. We expose our young talent to a lot and expect a lot from them. We want them to have a wide range of experiences.”

Training doesn’t stop once students step into professional roles. RSP provides junior staff with ample opportunities to learn new skills so they can tackle more complex tasks and move up the ranks. Burnheim says the studio’s future depends on developing from within. “It’s very important to nurture our eager, young juniors so that in a few years’ time they become senior artists,” he notes. “It’s much better to cultivate our own people than to search the world for talent that is very hard and costly to find.”

Having had the experience of working in a professional environment during their training, RSP graduates are prepared to dive right in and thrive quickly. “Our new group of junior artists are already showing signs that they are going to be very successful in their careers,” Burnheim says. “We’ve got to make room for them to progress.”

According to Clark prospects for the visual effects industry are likely to remain good for the foreseeable future and today’s young, well-trained artists can look forward to long and productive careers. “The industry has altered considerably in the 26 years that RSP has been producing visual effects,” he says. “Tools and workflows have evolved considerably, but the need for bright, talented, ambitious people hasn’t changed. The demand for creativity will always be there.”

For over two decades Rising Sun Pictures (RSP) has been responsible for crafting some of the world’s most memorable visual effects moments. The studio is home to more than 200 exceptionally talented artists who work collaboratively to deliver incredible imagery. Focusing on producing only the highest quality and innovative solutions, RSP has designed an extremely flexible, custom pipeline, which allows the company to scale up quickly and adjust its workflow, to meet audience’s demand for evermore spectacular visuals.

The studio enjoys the advantage of being located in Adelaide, one of the world’s most liveable cities. That combined with its sterling reputation, and access to one of the largest and reliable rebates, has made it a magnet for filmmakers worldwide. This has propelled RSP to continued success and enabled them to contribute to a range of projects including Shang-Chi and The Legend of the Ten Rings, Jungle Cruise, Mortal Kombat, Black Widow, Ford V Ferrari, Spider-Man: Far from Home, X-Men: Dark Phoenix, Captain Marvel, Dumbo, The Predator, Tomb Raider, Peter Rabbit, Animal World, Thor: Ragnarok, Logan, Pan, the X-Men franchise and Game of Thrones and many more.