Zulu
THE BEAT:
Home » News » Robert Legato to Present Keynote at 2017 NAB Show’s “The Future of Cinema Conference” Produced in Partnership With SMPTE 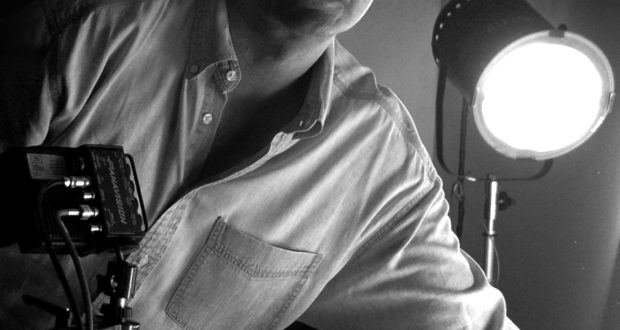 WHITE PLAINS, N.Y. — March 28, 2017 — The Society of Motion Picture and Television Engineers(R) (SMPTE(R)), the organization whose standards work has supported a century of technological advances in entertainment technology, today announced that Emmy(R) and Academy(R) Award-winning visual effects supervisor Robert Legato will present the keynote at the 2017 NAB Show‘s “The Future of Cinema Conference: The Intersection of Technology, Art, & Commerce in Cinema,” produced in partnership with SMPTE. The conference will take place April 22-23 at the Las Vegas Convention Center.

Legato will present “Jungle Book, Photorealism, and the Bright Future of Filmmaking” on the second day of the two-day conference, which also will feature sessions delving into how technical innovation, artistic intent, and evolving consumption and business models will interact to shape the future of cinema. With computer simulations becoming so accurate that it is often difficult for even the most seasoned pros to distinguish the difference between an effect and the real thing, drawing from his experiences working on acclaimed titles such as “The Jungle Book,” “Apollo 13,” “Titanic,” and “Hugo,” Legato will explore the distinction between visual effects (VFX) and ‘traditional’ cinematic disciplines, such as direction, cinematography, production, and design.

“Rob’s surprising and creative visual illusions help movies to resonate powerfully with audiences, and his work has enriched and enhanced some of the industry’s most beloved films,” said Cynthia Slavens of Pixar Animation Studios, who serves as program chair for the conference. “In addition to being a master of his craft, Rob is an engaging speaker who draws on his wealth of experience to provide insights into the creative process, offering a valuable perspective as we look to the future of cinema.”

Legato has been nominated for four Academy Awards and has won three. His first win was for his VFX work on “Titanic,” his second was for his work on “Hugo,” and his third for “The Jungle Book.” In 1996, he won the BAFTA Award for Best Achievement in Special Effects for “Apollo 13,” for which he also garnered his first Academy Award nomination. Prior to his work in film, he was a visual effects supervisor for “Star Trek: The Next Generation” from 1987 to 1992, and “Star Trek: Deep Space Nine” in 1993. His work on the “Star Trek” franchise earned him three Emmy Award nominations and two wins.

“The Future of Cinema Conference” will gather the brightest industry minds and talents to discuss the changing nature of storytelling today and into the future, as well as the industry’s role in ensuring that creative work is preserved in its highest form for generations to come. The conference will feature sessions on forward-looking techniques and challenges related to making content for theatrical release and beyond.

Complete conference details, including registration information, are available at www.nabshow.com/attend/future-of-cinema-conference. SMPTE members may use code EP02 to take $100 off the NAB Show nonmember rate for a Conference Flex Pass registration.

Further information about SMPTE is available at www.smpte.org.

About NAB Show
NAB Show, held April 22-27, 2017, in Las Vegas, is the world’s largest convention encompassing The M.E.T. Effect, the convergence of media, entertainment and technology. With 103,000 attendees from 166 countries and 1,700+ exhibitors, NAB Show is the ultimate marketplace for solutions that transcend traditional broadcasting and embrace content delivery to new screens in new ways. From creation to consumption, across multiple platforms and countless nationalities, NAB Show is where global visionaries convene to bring content to life in new and exciting ways. For complete details, visit www.nabshow.com.
About the Society of Motion Picture and Television Engineers(R) (SMPTE(R))
For more than a century, the people of the Society of Motion Pictures and Television Engineers (SMPTE, pronounced “simp-tee”) have sorted out the details of many significant advances in media and entertainment technology, from the introduction of “talkies” and color television to HD and UHD (4K, 8K) TV. Since its founding in 1916, the Society has received an Oscar(R) and multiple Emmy(R) Awards for its work in advancing moving-imagery engineering across the industry. SMPTE has developed thousands of standards, recommended practices, and engineering guidelines, more than 800 of which are currently in force today. SMPTE Time Code(TM) and the ubiquitous SMPTE Color Bars(TM) are just two examples of the Society’s notable work. As it enters its second century, the Society is shaping the next generation of standards and providing education for the industry to ensure interoperability as the industry evolves further into IT- and IP-based workflows.

SMPTE‘s global membership today includes more than 7,000 members: motion-imaging executives, creatives, technologists, researchers, and students who volunteer their time and expertise to the Society’s standards development and educational initiatives. A partnership with the Hollywood Professional Association (HPA) connects SMPTE and its membership with the businesses and individuals who support the creation and finishing of media content. Information on joining SMPTE is available at www.smpte.org/join.