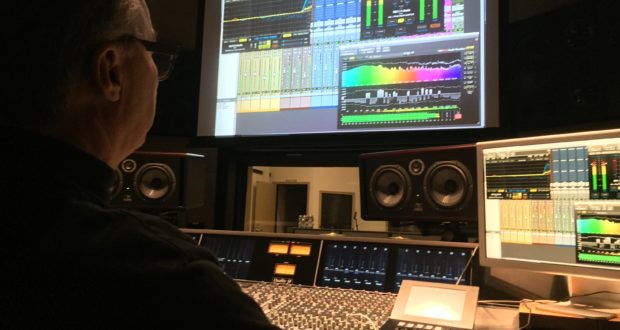 LEEDS, U.K. — Jan. 31, 2017 — Robert Nation, co-founder of the renowned EMAC Recording Studios and professor of recording engineering at Fanshawe College in London, Ontario, Canada, has adopted a suite of loudness, mixing, and mastering plug-ins from NUGEN Audio to produce loudness-normalized mixes for a wide range of radio, film, and television projects.

“Today’s digital and software-based technologies, such as NUGEN Audio’s outstanding tools, allow me to hone in more on the creative process than ever before. And as the music industry continues to move away from the ‘louder is better’ era, these technology advances are enabling me to make a smooth transition to mixing and mastering for maximum dynamic range as opposed to maximum loudness,” said Nation. “NUGEN Audio is truly dedicated to offering tools that are not only extremely easy to use, with superb visual interfaces, but also deliver a high-quality result. Clearly, the company’s founders have a deep understanding of the challenges of audio loudness as regulations become more widespread and the loudness wars continue to abate, and their tools give me powerful advantages that simply weren’t available just a few years ago.”

For loudness metering and management, Nation has adopted NUGEN Audio’s Loudness Toolkit 2 including the VisLM visual loudness meter, LM-Correct loudness measurement and correction tool, and ISL real-time true-peak limiter. Nation uses LM Correct as a standalone, final check on loudness and true-peak levels as a file goes to sequencing or delivery to the client. Also, VisLM and LM-Correct play a critical role in delivering high-quality, loudness-normalized audio for streaming services, such as Apple Music, Spotify, and DAB Radio, which are continuing to adopt loudness normalization and true-peak limiting techniques.

In addition, Nation has adopted the company’s full range of mix and mastering plugins including MasterCheck, Visualizer, Stereoizer, Stereoplacer, Monofilter, and SEQ-S.

Since 2000, Nation has also served as a professor of recording engineering in the Music Industry Arts program of the School of Contemporary Media at Fanshawe College. The NUGEN Audio tools play a critical role in his curriculum to emphasize loudness issues and incorporate loudness tools as part of the essential techniques necessary for mixing and mastering in today’s production and post-production environments.

“In our program at Fanshawe, we’re stressing the use of professional tools that will keep mixing and mastering at the highest-possible quality and maintain the standards of our profession,” Nation said. “The NUGEN Audio tools are integral in this effort.”

Jon Schorah, creative director, NUGEN Audio, said, “For the better part of 40 years, Robert has been involved in music mixing, recording, mastering, and production — so he’s had an excellent vantage point on the technology revolutions that have taken place over the past decades. With the NUGEN Audio toolset, he’s not only able to prepare his students for the coming world of loudness normalization, but his own business is prepared for the smoothest-possible transition as these changes begin to fundamentally change the way audio professionals work.”

Information about Loudness Toolkit 2, Halo Upmix, and the complete NUGEN Audio product family is available at www.nugenaudio.com or by email to [email protected].

About NUGEN Audio
NUGEN Audio’s award-winning tools for audio analysis, loudness metering, mixing/mastering, and tracking are used by the world’s top names in music production, broadcast, and post-production. For audio professionals, NUGEN Audio’s mix and mastering products offer market-leading fidelity and unrestricted creativity in every situation, providing an easy, direct, and natural way to work with sound. NUGEN Audio tools have become critical for some of the biggest names in the industry including Michael Brauer (Coldplay, The Rolling Stones), Robbie Bronnimann (Chicane, Paul Van Dyk), and Mr. Mig (Beyonce, Akon). For more information, visit www.nugenaudio.com.
All trademarks appearing herein are the property of their respective owners.