Gutierrez designed a number of soundscapes for the film, set in and around a home in Bel Air, California. “We created a lot of ambient textures,” notes Gutierrez. “We made the sound environment very real and brought scenes to life, without getting in the way of the comedy.” 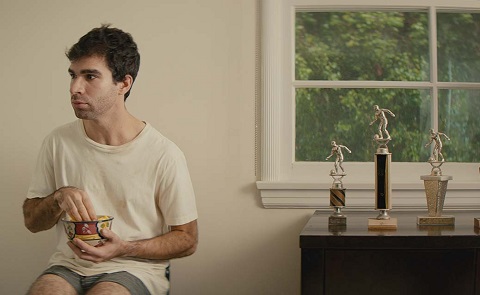 “We needed a lot of Foley effects,” adds SETH producer Arianna Lyons. “Roundabout has an incredible sound library and didn’t need to create a lot of new elements. We had many sound options; it was a dream!”

SETH has drawn wide praise for its offbeat but heartfelt story of a young man who has a fondness for corn, draws inspiration from Michael Jordan quotes, and whose only friends are stuffed animals. It won at Alternative Cinema Prize at the Las Vegas International Film Festival. It also won Best Comedy Short at the inaugural I Filmmaker International Film Festival. The film is slated for further screenings at festivals in Canada and France.

Roundabout Entertainment Senior Director of Business Development Crystal Angel said the film is remarkably well-crafted and polished. “The filmmakers are incredibly talented and driven to excellence,” Angel said. “They were savvy enough to allocate sufficient resources for post, which allowed them to complete their fantastic project with a studio quality soundtrack.”

Seth-Trailer from Fever Dream on Vimeo.