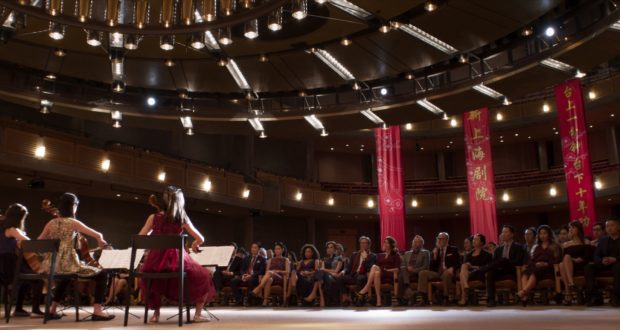 Cooke Optics’ S7/i Full Frame Plus and Anamorphic/i lenses were utilized on Netflix Film The Perfection. Shot by cinematographer Vanja Černjul, ASC (The Deuce, Crazy Rich Asians), the film was directed by Richard Shepard (The Matador, Dom Hemingway, “Girls”), written by Eric C. Charmelo, Nicole Snyder, and Richard Shepard, and follows the story of a troubled musical prodigy who seeks out the new star pupil of her former school with shocking consequences. The Perfection was released globally on Netflix Friday 24 May 2019.

“The Perfection demanded different looks for different parts of the story. We wanted each part to have a unique organic look, something built into the images on the set, during the filming,” said Černjul. “A lot of it came from lighting and our diverse locations, but we wanted to add another visual layer optically. After initial testing of many different optical systems we decided to combine the Cooke Anamorphic/i’s with the S7/i’s. We chose both lens systems for the look they were giving us, rather than for sensor coverage or the aspect ratio.”

Černjul shot most of the film in 4K uncompressed raw on a Varicam PURE with a Super 35 sensor and achieved the desired aspect ratio of 2.39:1 by cropping top and bottom while using spherical S7/i lenses and by cropping the sides when using Cooke Anamorphic/i’s.

“As a part of the film’s visual structure we shot selected scenes in VistaVision format with the S7/i’s,” Černjul added. “With this approach we created multiple looks that still felt like parts of the same universe, tied together by the round and cinematic rendering by Cooke lenses.”

Černjul has previously used Cooke lenses on productions including Orange is the New Black and Marco Polo.

“My favorite lenses used to be the Cooke 5/i’s. I love their dimensionality and the gentle quality of the flare, even when created by intense specular lights. The S7/i’s give me all those beloved qualities while allowing me to use one lens set across multiple formats,” he said.