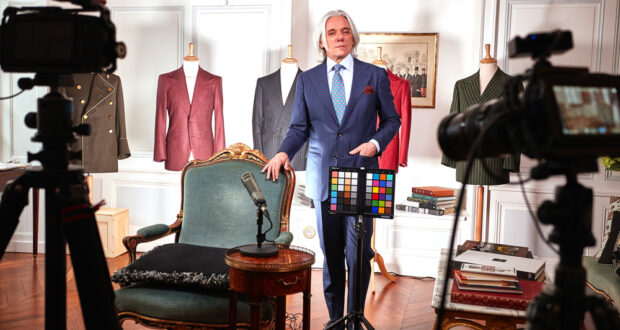 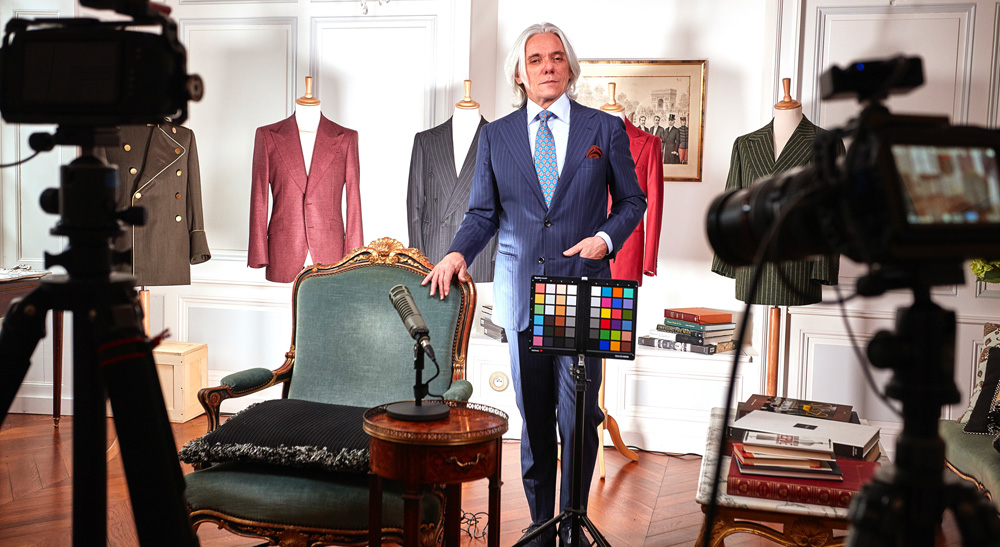 Launched in 2009, Parisian Gentleman is an online magazine dedicated to classic menswear and sartorial lifestyle. It has grown to become a recognized voice in the sartorial debate, averaging half a million views per month. Across YouTube, Jacomet boasts a following of more than 167,000 subscribers.

“As a team, we had already begun reflecting on how we might develop our video channels and the pandemic only sped that thinking up,” explains Hugo. “Autonomy was important to us as was the ability to produce our own streams on a regular basis without the need for external support.”

“Our ambition was to get as close as possible to the sort of quality you’d find in a professional television studio. The streaming hardware from Blackmagic Design achieves that, allowing us to produce high quality content that reflects our reputation for excellence.”

The home studio relies on a three camera setup, with each Blackmagic Pocket Cinema Camera 6K paired with Canon lenses. The production team has a fourth roving camera for when the show circuit begins again.

“We have been impressed by the detail and color representation from the cameras, something that is incredibly important for a channel that focuses on high fashion and style,” Hugo continues.

All content is mixed on an ATEM Mini Pro ISO, which also allows the four strong production team to create weekly live broadcasts, as the Parisian Gentleman’s community is always eager to interact with Hugo and his guests.

Hugo explains, “What has really impressed us is the intuitive nature of the switcher, and the ability to edit all of the live video streams afterwards in DaVinci Resolve really is an absolute revolution.”

“Blackmagic Design bridges the gap between traditional studio broadcasting and content creators such as myself, who are looking for affordable and quality products, to empower their passion,” concludes Hugo. “We are only a small, family team, but the studio set up delivers a truly professional finish that gives the impression of a much bigger production.”