Often the most challenging step in writing is placing that first word on that first blank page. Having the world’s most incredible story idea is one thing. Laying it across 120 pages in an engaging and tightly woven narration is something else altogether.

This article will look at an alternative way to approach this paradigm, break it up into four even acts and identify the phases your main character will go through.

What is the Four Act Structure? 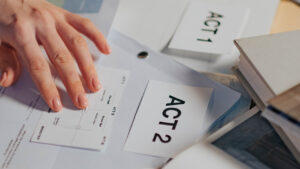 We must be familiar with the traditional three-act screenplay to answer this question. Act 1 is the beginning, Act 2 is the middle, and Act 3 is the end. In a 120-page script, Act 1 is generally 30 pages, Act 2 is 60, and Act 3 is the final 30 pages. Due to Act 2 being the longer act, it is often split in half and referred to as Act 2a and Act 2b. Both halves constitute “the middle” of the story and the main stage of overcoming obstacles.

Screenwriter and Producer Jeffery Alan Schechter breaks it up into four main archetypes your main character will go through. Understanding these phases of character is the first step to blocking out a balanced and well-told story.

These four archetypes divide the film up into four even Acts and identify specific character attributes that occur in those acts. In a 120-page screenplay, each act consists of approximately 30 pages and establishes a central question.

The central question is what drives the film, and the story is over as soon as it is answered. Will Brody stop the killer shark that’s terrorizing Amity Island? Will Luke defeat Darth Vader and overthrow the Empire? Will Marty get back to the future to save his existence? 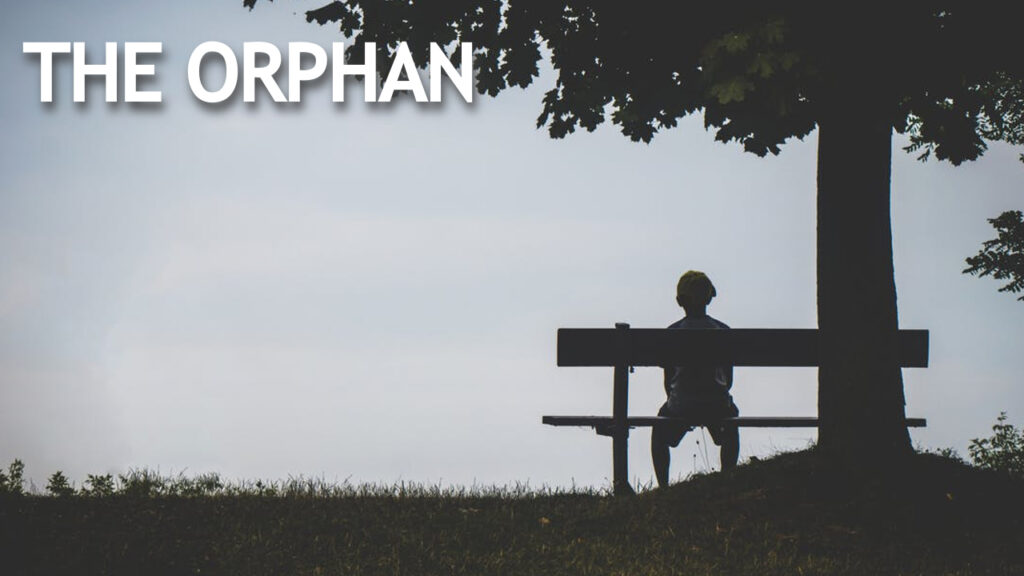 When your story starts, the main character is isolated in their world. They can be a literal orphan such as Bruce Wayne or a figurative one like Alan Grant in Jurassic Park, who chooses to distance himself out in the desert with his work.

They go against the grain of the world around them. A general guide is to establish a contrast. The hero is typically an eccentric character in an ordinary world (Ace Ventura) or a rational character in an irrational setting (Eddie Valiant, Who Framed Roger Rabbit).

In Act 1, we learn their flaws, goals, and usually an idea of the obstacles standing in their way. When the call to action arises, the main character usually declines it until the inciting event thrusts them forward. The inciting event kickstarts them on the path of answering the central question. (Kevin is left home alone. The Ghostbusters are kicked out of university and forced to enter business).

ACT 2a: The Wanderer 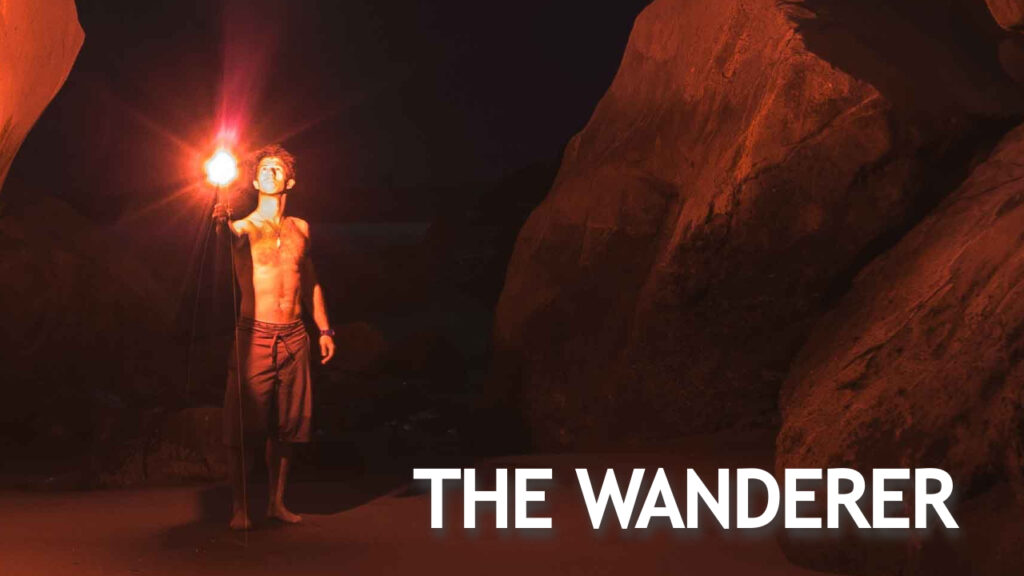 The hero has entered the villain’s domain. They are struggling to understand the new world around them. Alice arrives in Wonderland. Marty tries to navigate 1955. Luke is trying to learn the ways of the Jedi.

In this stage, we meet helpers, encounter enemies, and the hero collects the clues and tools they think they need to answer the central question. The hero is learning the rules, and in this phase, they overcome obstacles in a reactionary method. They learn to handle the challenges that happen to them.

This act ends when the hero knows the rules or believes they do.

ACT 2b: The Warrior 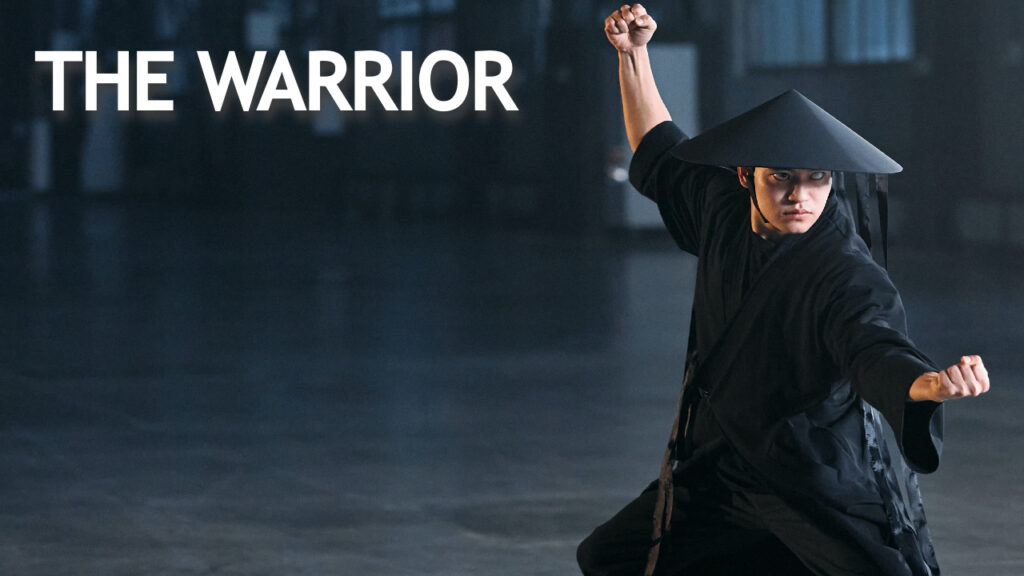 Act 2b marks the midpoint of the film. Until this point, our character has simply been reacting to everything thrown at them. In the Warrior phase, they become proactive. They have a goal in mind and become assertive in the quest toward that goal.

Marty works to get his parents back together. Brody goes out on a boat to hunt the shark.

The hero believes they have everything they need to succeed, and they work together with the helpers to overcome obstacles. The hero may stumble and get bruised, but they get back up and carry forward.

The Warrior phase ends when the hero suffers a significant defeat, seemingly losing the battle. Everything they’ve worked for feels futile, and it appears the enemy will win. Your hero has hit rock bottom and narratively speaking, they have “died.” The death can be literal (ET dies when he breaks the psychic connection with Elliot. Neo dies when the Agents shoot him in The Matrix).

This is rock bottom. 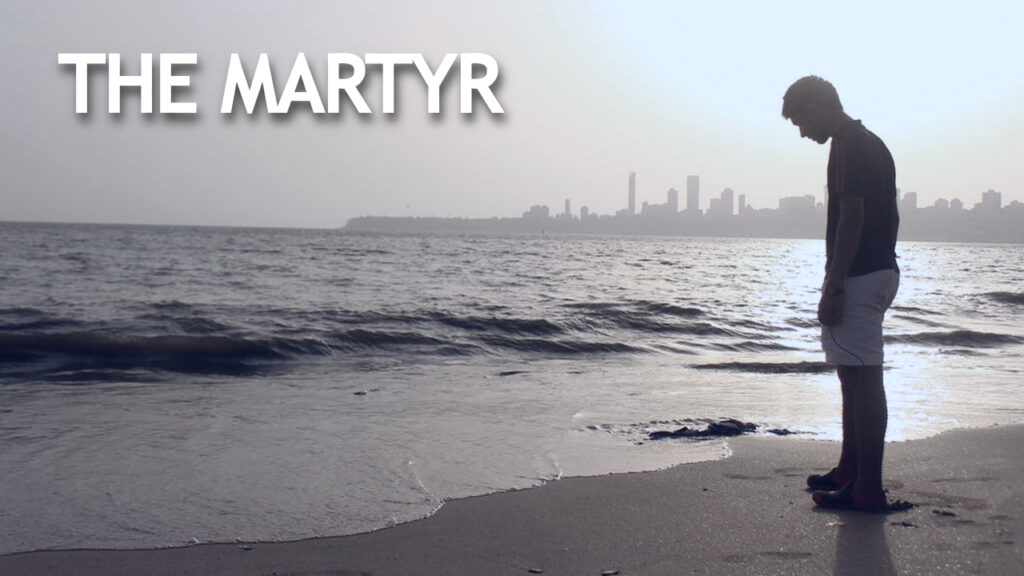 The final act of the film begins with the resurrection of your character. They either emerge miraculously from the rubble or, as with Neo, he is resurrected because he finally sees the code in the Matrix. Your hero has changed. They are no longer motivated by desire. Whatever they wanted when the story began is overshadowed by a greater cause. It’s about doing what is right.

The Ghostbusters confront Gozer. Not for business incentives but to save the world.

What differentiates the character in the Martyr phase from the Warrior is that this time the main character is willing to die and not be reborn if it means completing the mission. Luke decides to fly into the Death Star and turn off his targeting system. Frodo and Sam take the Ring of Power to the edge of Mount Doom, knowing this likely means they won’t be going home.

This culminates in the final confrontation, and the last act by the hero typically answers the central question. In many cases, the hero doesn’t get what they initially wanted, but rather what they needed. Rocky didn’t win his fight with Apollo, but he got the girl.

These are, of course, guidelines instead of rules, and many variations can exist. Additional breakdowns can be added to flesh out your main character, and understanding how specific plot points work and where to place them will build the bones of your story.

For the best chances of successfully creating a compelling story, understand your character, create dimension, and give your audience someone they can identify with.