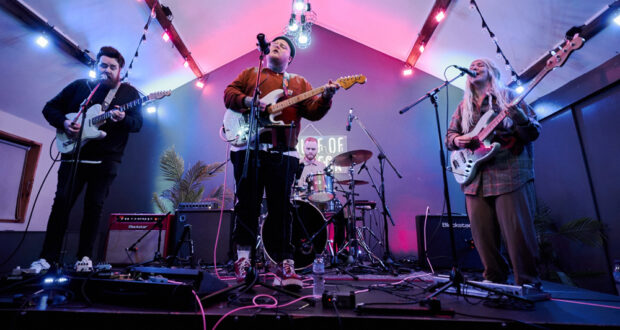 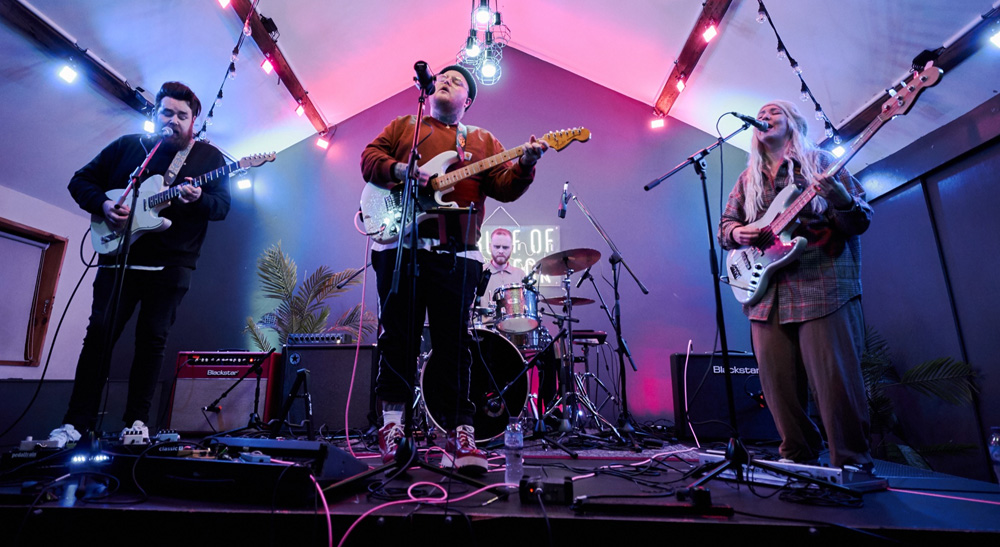 Fremont, CA, June 7, 2021 – Blackmagic Design today announced that the indie music label Scruff of the Neck is broadcasting live as part of an official Twitch partnership using the ATEM Mini Extreme and Blackmagic Pocket Cinema Camera 6K as part of a multicamera setup.

Scruff of the Neck TV is a UK based platform for new music discovery. Each live show is a three hour stream hosted by Abbie McCarthy (BBC Radio) and Jack Wood (Radio X) and features band interviews and live performances.

To date, more than 90 hours of content has been produced, resulting in four and a half million views. Artists who have featured on the channel include “Yonaka,” “The Slow Readers Club,” “Bad Boy Chiller Crew,” “Lottery Winners” and “Larkins.”

“We’re excited to be able to create new opportunities for artists to reconnect with their fans. Offering high quality, free to access live performances and programming,” reveals the head of live at Scruff of the Neck, Chris Brearley.

“We hope to develop a space for new music discovery. While building an online community, for people looking to immerse themselves in a gig experience, and become part of the conversation with the exciting talent on offer.”

According to Brearley, versatility and ease of use were vital components for making this venture work. “We’re working with multiple camera feeds, four to six per show, plus VT content from additional sources,” he explains. “The ease of use of the ATEM Mini has been pivotal in allowing us to develop the format.”

The channel also relies on a mixed package of cameras from Blackmagic Design, including the Pocket Cinema Camera 6K, URSA Mini Pro 4.6K G2 and Micro Studio Camera 4K. A series of Blackmagic Micro Converters are used to bridge the SDI cameras and ATEM hardware while the ATEM Mini Extreme’s multiview output is displayed on a SmartView 4K.

“We create high value production pieces, aiming to get as close to a real live concert which viewers can feel part of,” explains Brearley. “We have two roaming cameras to get us in amongst the performance and add movement to the broadcast, and rely on a series of fixed cameras positioned around the set to give the audience even more vantage points.”

The biggest challenge in establishing the studio’s streaming capabilities has been operating while adhering to Covid regulations. This included working with a smaller production team to limit the number of bodies in the room at any given time.

“Thankfully, the functionality and capability of the hardware we’re using has made it easier than we anticipated,” says Brearley. “We’ve been able to deliver our weekly broadcasts safely under government guidelines, without needing to compromise on quality.”

Although the pandemic gave rise to the initiative, Brearley doesn’t envisage the return of gigs making this form of broadcasting redundant. “We want to evolve and give the show purpose beyond the return of real live shows by taking the format into venues” he concludes. “There’s a lot of untapped potential in the ATEM Mini Extreme ISO, which will allow us to continue to grow and evolve.”