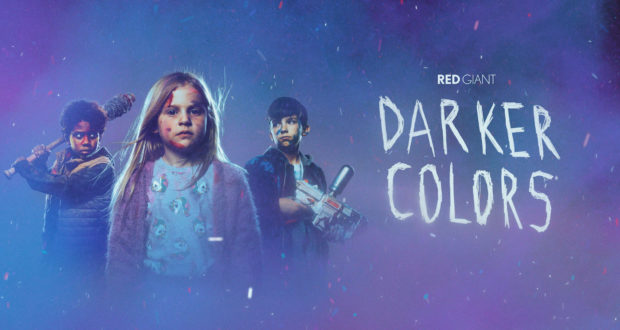 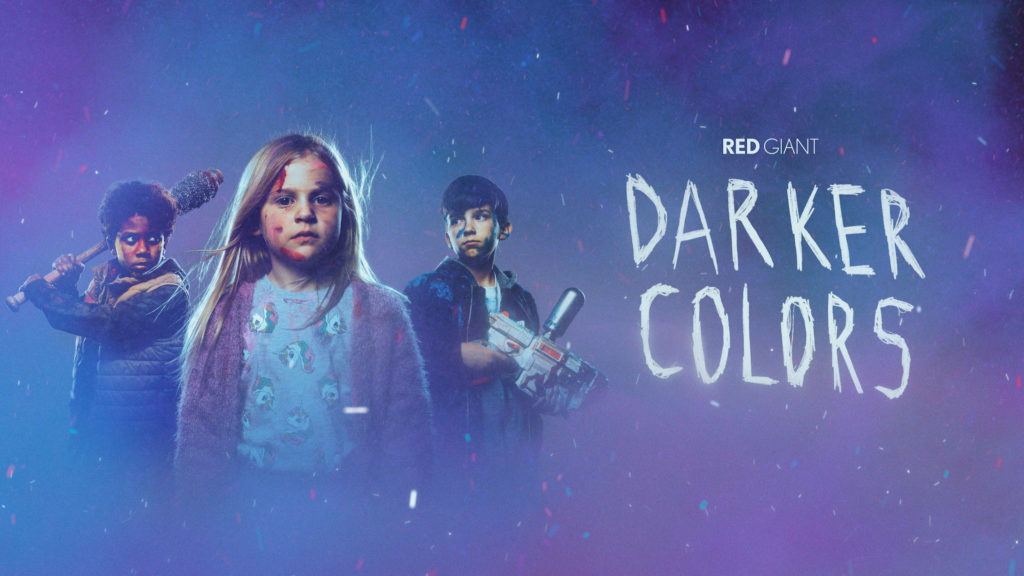 Portland, OR – February 27, 2019 – Red Giant, the VFX and motion graphics software company that has produced hit short films for YouTube, has just released a brand new horror short directed by Seth Worley titled, “Darker Colors.” Clocking in at just over 10 minutes, “Darker Colors,” a proof-of-concept film packed with a fresh and new twist on the horror genre, is now streaming on YouTube.

Written and directed by Seth Worley, director of short film content at Red Giant and co-founder of Plot Devices, and produced by Anne Fogerty, Worley’s counterpart / co-founder of Plot Devices, “Darker Colors” tells the story of Amber (Lexi Janicek), her brother Jack (JT Underwood), and their friend Bowman (Jeremiah Rusch) taking on terrifying creatures that are of Amber’s own design – literally. After Amber’s drawings are transformed into living monsters made of crayon and glitter, her older brother leads a mission into the woods to destroy them.

“The concept for ‘Darker Colors’ gave us the opportunity to mess with some traditional visual tropes of the horror genre,” explains Worley. “For example, its most modern creature designs have a darker and muted color palette, but here we wanted to subvert that and bring a glitter-infested rainbow version of the film’s monster antagonist. To play with some of those variables, it was important to fully commit to other staples of the genre. That’s why we have our beautiful, seedy, Carpenter-y score by Makeup And Vanity Set, and why we have a lot of slow, dread-inducing zoom shots.”

Fogerty adds, “It’s horror for the whole family! When it comes to inspiration, the first film that comes to mind is ‘Jurassic Park.’ Humans create a problem for themselves that they now have to solve. In ‘Darker Colors,’ the kids are on their own to solve the problem they created, and they come up with some pretty amazing kid solutions.”

The film’s narrative centers around Amber, who created the monsters out of the depths of her childlike and innocent yet expansive imagination. At the start of “Darker Colors,” her brother Jack is taking charge, but by the end of the story, Amber is fully owning it, utilizing the very things that got them into this situation – her creativity and imagination – as superpowers, not to be feared, but to be owned and embraced. Says Worley, “The end of the story isn’t about defeating monsters, it’s about a hero finding the strength and confidence to be the one who does it.”

“Kids are some of the smartest, most imaginative people, unencumbered by the day-to-day reality that comes with age, yet at the same time have a depth to them we often don’t give them credit for,” says Fogerty. “You can see Amber processing and taking ownership of what she’s capable of over the course of this film, moving from timidity to confidence.”

Worley developed “Darker Colors” as a proof-of-concept for a feature he’s been developing with Tony Hale (“Veep,” “Arrested Development”) and Rideback (“IT,” “The Lego Movie,” “Aladdin”), with the help of the full set of Red Giant Tools: “VFX Suite was the main one, most notably Supercomp, Spot Clone Tracker, King Pin Tracker, and Optical Glow. We also used Trapcode Particular, Form, and Shine pretty heavily. Then a decent amount of Magic Bullet Looks, Colorista IV, and Renoiser. Also PluralEyes. So one could easily say we used Red Giant Complete.”