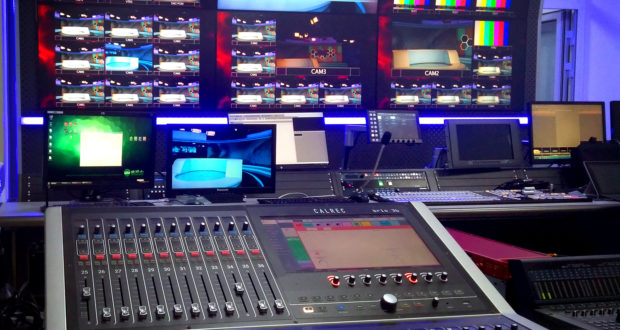 HEBDEN BRIDGE, OCTOBER 16, 2019 — China-based Shanxi Television has chosen a Calrec Brio36 audio console for its news programming and multi-purpose talk shows. The Brio is installed in a new studio, which was initially used for covering the China National Youth Games, held this August, with more than 10 hours of live broadcasting produced in the studio each day. This is the broadcaster’s second Brio installation with the first installed a year ago. 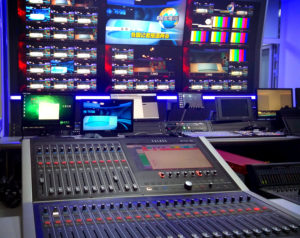 “We have been very happy with our first Brio, which has proved to be intuitive to use, with great sound quality and stability,” commented Mr. Wu Jie, Supervisor of the technical department of Shanxi Television. “The last point is very important. The intuitive I/O connections and simple-to-use software and surface helped us save a lot of time during installation in this new studio and with the training, too.”

Shanxi Television is a network in the Taiyuan and Shanxi province that broadcasts in Jin Chinese. For the China National Youth Games, the station received signals from multiple venues and the hosts and guests adding commentary and comment in the studio.

Mr. Wu Jie explains that they set up the new studio in 10 days, with five days of training, with the Brio’s clear design making it easy for operators to master quickly. Also, functions like swapping a fader on an individual strip, ALT-input, auto mixing and the fact that labelling channel strips is easy are also highlighted, along with the support Calrec partner RAC Pro provided throughout the process.

Later this year, Shanxi Television will be working with 4K content and they anticipate that the Brio’s 5.1 capabilities and expandability will make the use of 4K go smoothly. “There are always time pressures and equipping this studio was no different so the quick learning curve with the Brio was hugely beneficial,” says Wang Yi, Product Manager at RAC Pro. Considering its size, advanced functionality and its price, Brio really is the best choice for this new studio.”

“Our Brio console is gaining great traction and a stellar reputation in China for its ease of use, reliability, sound quality and price. We’re delighted that Shanxi Television has found our Brio consoles so favourable and easy to work with,” commented Anthony Harrison, International Sales Manager, Calrec.

For more than 50 years the world’s most successful broadcasters have relied on Calrec. They still do. As our industry adapts to new viewing habits and evolving commercial environments, Calrec is helping broadcasters to stay ahead as they switch to IP infrastructures; to achieve efficiency with remote broadcasting; to save money with virtualised production. Calrec’s radio-focussed and flexible Type R can adapt to a variety of requirements including headless, and Calrec has expanded its range of consoles, from the cost-effective Brio consoles, to the IP-enabled ImPulse core. For flexible working, integrated networks and reliable audio, Calrec has it covered. More information at calrec.com.