Los Angeles— Hokkaido Calling, a new short film created by Sherpas Cinema (represented in the U.S.by Accomplice Media) for Audi, follows big mountain ski legends Sam Smoothy, Jérémie Heitz and Dane Tudor on an epic road trip in search of deep powder, undiscovered paths and the chance to stand where no one has stood before.

Directed by Sherpas Cinema’s Leo Hoorn, the 8-minute film is filled with breathtaking skiing as the trio of freeriders spend two weeks touring the rugged mountains of Japan’s northern island in an Audi Quattro. Smoothy, Heitz and Tudor soar down steep volcanos, slalom through untouched forests and relax in wooden baths called onsen. Ultimately, their journey leads them to a towering hydroelectric dam whose dizzyingly sheer side is crisscrossed with snow covered concrete barriers. In the film’s climax, they dive down the pyramid-like structure in a wild, buckling ride.

“The guys set off in search of the deepest snow,” says Hoorn. “And they end with the realization that every footprint is unique. Your perspective changes when you travel to new places, meet new people and have new experiences.”

Hoorn, who also served as cinematographer, worked with minimal gear and crew. The production itinerary was also kept loose to maintain spontaneity and a spirit of adventure. “We worked with a local guide, but once we were on the ground, we were chasing the weather and looking for the best snow,” Hoorn recalls. “One of my favorite sites was a hot spring resort high in the mountains where local farmers go for a weekend retreat. You could ski right up to the door.”

The hydroelectric dam featured in the film’s concluding sequence was also a lucky discovery. The towering dam’s steep side had never been skied before, providing a perfect opportunity for the three athletes to test their mettle in virgin snow.

“We captured amazing images of the three guys skiing through deep powder,” Hoorn recalls. “They look like they are floating down a mountain of big fluffy pillows with clouds billowing around them. It was incredible.”

Sherpas Cinema has garnered worldwide acclaim for their adventure films Into the Mind and All.I.Can as well as adrenalin-pounding television spots for Audi, RAM, Jeep and Mitsubishi produced via Accomplice Media. 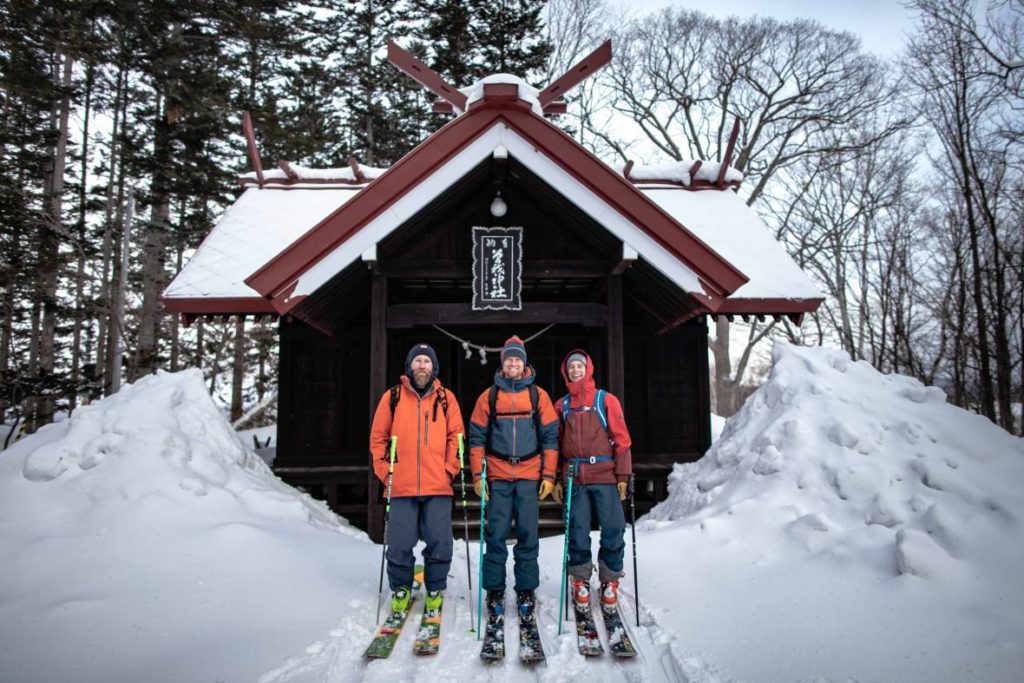