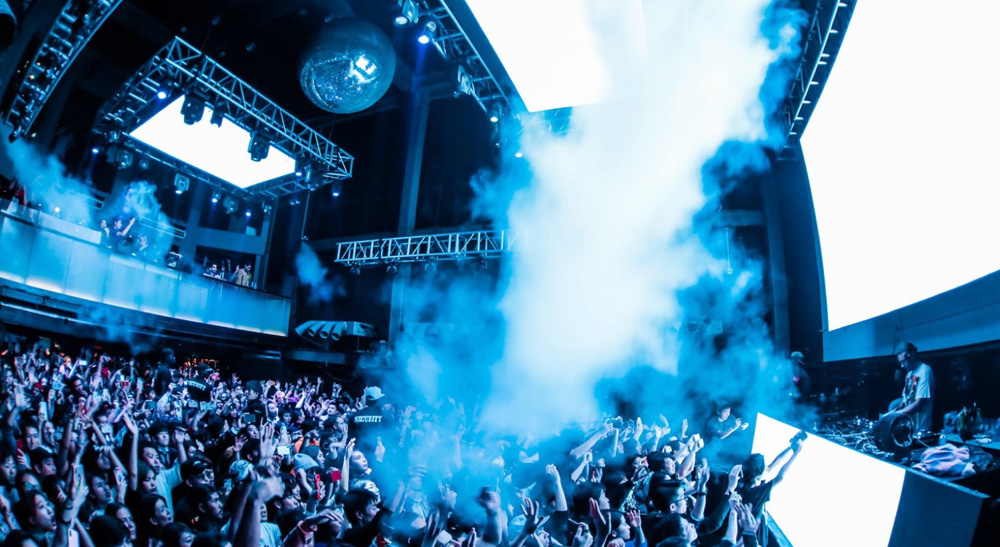 WOMB is a unique club that brings the latest and best in electronic music to fans in Tokyo and serves as the launching pad for resident artists into oversea fame. It is equipped with a top of the line sound and lighting system and is a globally acclaimed club that is ranked every year in the “Top 100 Clubs” in the world by DJ Mag, the world’s leading dance music media.

Events at the popular club, which has attracted many customers not only from Japan but also from overseas, were put on hold by the restrictions on live events required due to Covid 19. The team of WOMB decided to put more effort on live streaming, which they had been doing sometimes, and have continued to grow their use of streaming with the introduction additional live streaming from each of the three stages of the club. 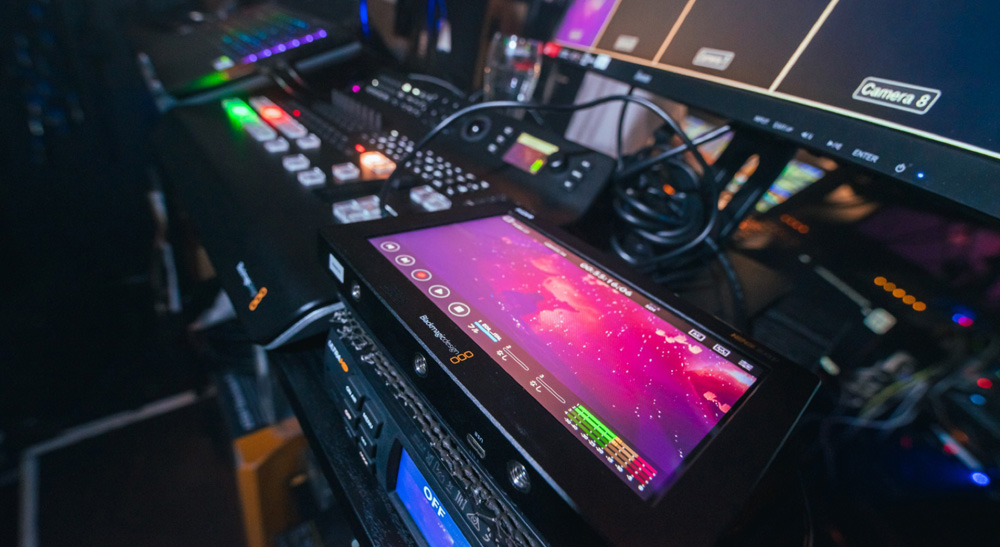 Gak Nagamatsu, president of YELLOW Inc., who is in charge of WOMB’s digital marketing and online streaming, and is also a musician himself as YELLOCK, said: “The loss of a place to perform music due to quarantine has forced many artists to shift their place to express themselves online. It was right around that time that I learned about Blackmagic Design‘s ATEM Mini, and I strongly recommended to the artists we produced to get the ATEM Mini. We have supported those artist to help them stream their performance..”

He continued using the ATEM Mini for streaming support and now upgraded the streaming system to stream live events at WOMB. He said* “It is groundbreaking that even each club and each artist, can bring the audience to the venue while streaming the club event for those who cannot come to the venue, which lead them to acquire another revenue from streaming. Blackmagic gear has allowed us to expand our range of expression,” said Nagamatsu. 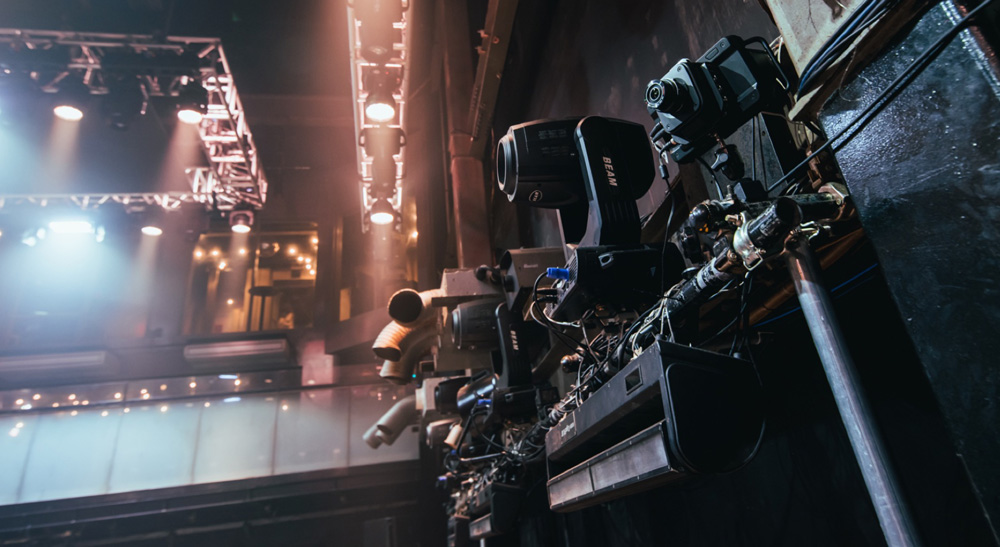 He continued: “The basic ambient light is quite dark because it is a nightclub, while the lighting and LED screens are very bright, so we needed a camera with a wide dynamic range. The venue is large, so it was also essential to be able to extend cables over long distances. We also wanted a camera that could be controlled remotely, so we installed Studio Camera 4K Pro. Since we don’t always have a camera operator, being able to control the camera from the ATEM Television Studio 4K Pro was very convenient.”

DJ AKi has been a resident DJ for 20 years at 06S, Asia’s largest Drum ‘n’ Bass party, which is extremely popular at WOMB. He said: “When the club was closed and I was no longer able to work as a DJ, my friends told me to DJ from my home. That is when I started using the ATEM Mini. Since then, I have been streaming music every week for two years without fail. I had no technical knowledge when I started. Everything was DIY, such as setting up cameras and creating croma key background. Currently, I do MC, VJ, DJ and switch four cameras all by myself. The ATEM Mini is like a family unit for DJs who want to stream their music.”

One of the first uses of the new streaming workflow was a recent 06S event where DJ Aki performed a live event as resident DJ that was streamed via Twitch. Footage from the performance was captured by the Studio Camera 4K Pros, switched with the ATEM Television Studio Pro 4K and streamed using the Web Presenter 4K. The audience was also able to interactively participate in the scenography of the event by sending in cheering visuals, which were managed with the ATEM Television Studio Pro 4K.

The number of live streamed events is expected to increase. However, Nagamatsu and his team are not interested in simply streaming club events as they are. “Of course, we can provide professional quality streaming even in the current state. But that is more like a ‘live broadcast’ of club events, which is not too interesting for the viewers. Since the SDK for Blackmagic products is publicly available, we hope to offer new streaming experience to the world. For example, changing the stage design via online audience’s comments and cheering bits, and changing camera work and switching automatically to match the DJ’s beat. By integrating online and offline, we want to send musical experiences that only WOMB can offer, ” concluded Nagamatsu. 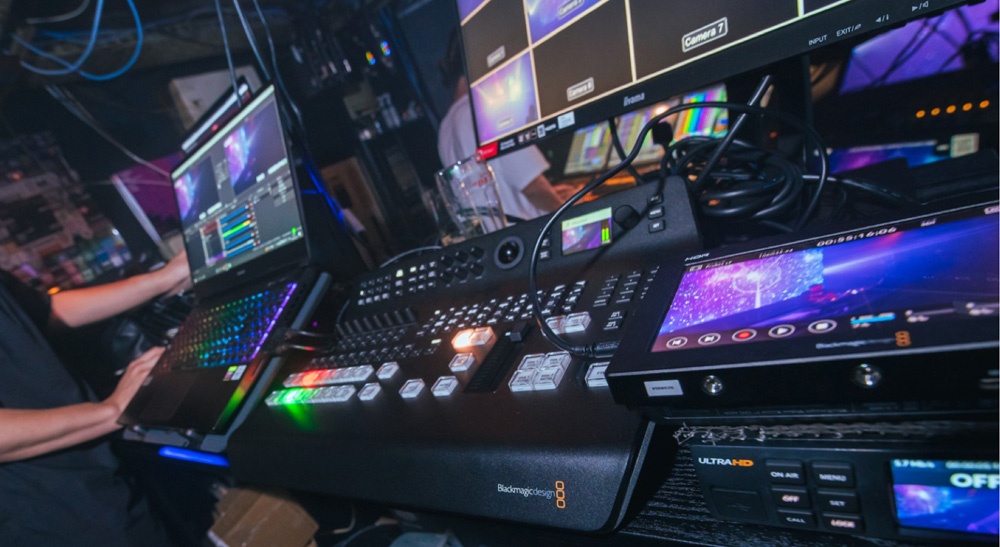