Toronto –The Directors Guild of Canada presented its 2014 DGC Honorary Life Member Award to SIM Group President and CEO Rob Sim at the annual DGC Awards Gala in Toronto. The award is presented each year to an individual, member or non-member, whose outstanding contribution to the industry has had a major beneficial impact on the Guild and Guild members.

“I am grateful to the Director’s Guild of Canada for bestowing this prestigious award upon me,” said Sim. “I am honored yet feel this award is not just about me but also about all of the talented and devoted professionals in our industry with whom I have had the good fortune to meet and work beside.”

Rob Sim co-founded Sim Video (now known as SIM Digital) in 1982 with the intention of providing film and broadcast producers with the latest in video equipment rentals. His pioneering leadership helped propel the company forward to become the first rental house in Canada to offer high definition cameras and production equipment. His dedication and commitment to new technologies drove SIM to further expand its services to include digital cinema and broadcast cameras, lenses and post production tools. 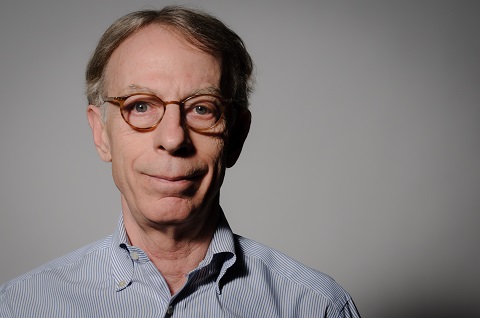 In May 2013, SIM Digital acquired PS Production Services Ltd. one of Canada’s largest lighting and grip companies, with offices in Vancouver, Toronto and Halifax. The addition of PS further strengthened SIM’s global position as the most comprehensive service provider for the motion picture and television industry. In June 2014, SIM merged with Hollywood-based Chainsaw, uniting one of the film and television industry’s leading suppliers of production equipment and post-production services, with one of Hollywood’s most successful independent post-production facilities.

Rob Sim has been instrumental in driving the Canadian film and television industry forward. In 2011, he received the prestigious Bill Hilson Award from the Canadian Society of Cinematographers for “outstanding service contributing to the development of the motion picture industry.” He continues to stay true to SIM’s founding philosophy- always delivering the very best equipment, service and support to each and every client.

About The SIM Group

The SIM Group, which is majority owned by investment firm, Granite Partners, is a leading supplier of technology to the film and television industry. Its operating units, SIM Digital, Bling Digital and PS Production Services, maintain offices across the USA, Canada and China. SIM Digital is a world-class rental facility specializing in digital production equipment and workflow services. SIM Digital offers one of the largest and most diverse inventories of the latest digital cinematography tools from top manufacturers including ARRI, Sony, RED, Panasonic, Canon, Fujinon, Angenieux, Zeiss, Cooke. In tandem with its innovative Bling Digital division, the company offers the industry’s most comprehensive workflow solutions for feature and television production, encompassing cameras, data, dailies, offline editorial, finishing and archiving. PS Production Services is a rental supplier of lighting, grip, generators and dolly equipment. For more information, visit simgroup.com