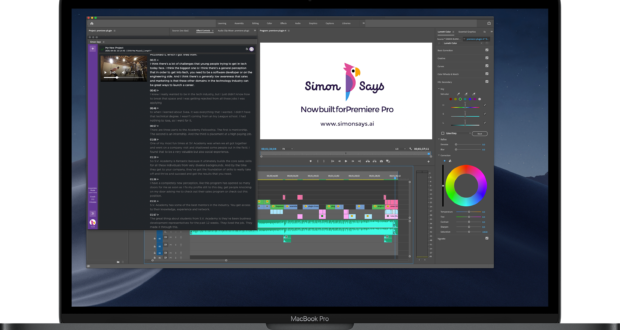 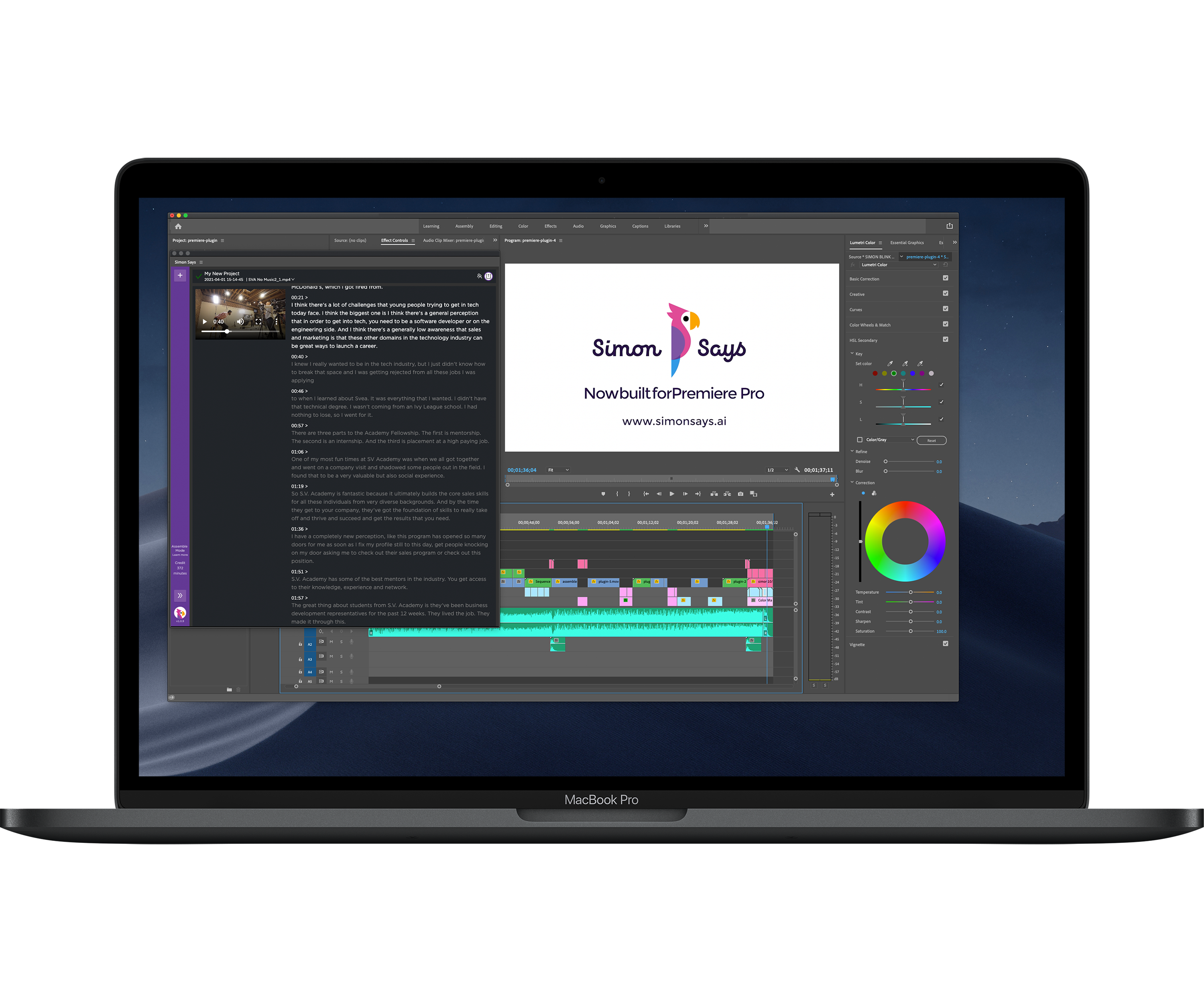 San Francisco, CA – April 15, 2021 – Simon Says, the leading timecode-based AI transcription and video assembly platform for video professionals, is now integrated seamlessly into Adobe Premiere Pro as a workflow extension panel. Transcribe interviews and translate foreign-language recordings—in 100 languages—and receive transcript markers that attach back to clips. Caption edits for accessibility and subtitle sequences for international distribution in minutes. All from within the non-linear editor. Coupled with Assemble, Simon Says’ text-based video editor for assembling a rough cut from the soundbites, Simon Says Premiere Pro users save upwards of 50% of the time it typically takes to create a rough cut when using Assemble, getting them to the creative work faster.

“’All my life I have dreamed of scrubbing through audio to find in and out points’ – said absolutely no one. So, we’re eliminating that process with the introduction of our extension with a deeper integration for Adobe Premiere Pro users. Combined with Simon Says Assemble, storytellers can work with collaborators online in the browser to quickly and easily create the paper edit or rough cut,” said Shamir Allibhai, founder and CEO of Simon Says. “Transcription used to be frustrating. Simon Says users don’t waste time on the tedium; they focus on their super power: bringing stories to life.”

And they’re incredibly excited to have Simon Says natively integrated into Adobe Premiere Pro. Bas Goossens of Ministry of Frames explains how Simon Says has become an integral part of their post-production workflow, saying, “For the Make-A-Wish foundation, we made a branded documentary, which turned out to be such a great story that we’re now going to send the final film in for international film festivals. The project is Dutch language. With Simon Says, we transcribed and translated in mere minutes, at a fraction of the cost, in an intuitive interface.”

Once installed, the Simon Says extension lives as a panel inside Adobe Premiere Pro. Users select the media or sequence they want to import and Adobe Media Encoder will launch to transcode it. It is then uploaded to the project in the cloud and transcribed in minutes; results are displayed in the extension where creatives can edit and export it.

Download the Simon Says Extension for Adobe Premiere Pro in the Adobe Exchange marketplace to get started transcribing, translating and captioning content in Premiere.

New users get 15 minutes free credit and Simon Says has Pay As You Go and subscription plans. Learn more on the Simon Says website.

Simon Says transcription and translation capabilities are ideal for audio and video content, and will be especially useful to those in non-fiction and cutting dialog footage. Features include:

Members of the media interested in reviewing the Simon Says Extension for Adobe Premiere Pro can request a product review license by contacting Kristin Canders at [email protected].

Transcribing used to be frustrating. Simon Says solved it.

Simon Says has been featured in Apple’s Keynote (twice), has cloud and on-premises applications that are suitable for every security requirement, and is used by customers at Adobe, BBC, CBC, CNN, Sony, Yale University, Bunim/Murray, Goodby Silverstein, and TED.