Simulate a Multi-camera Shoot with One Camera 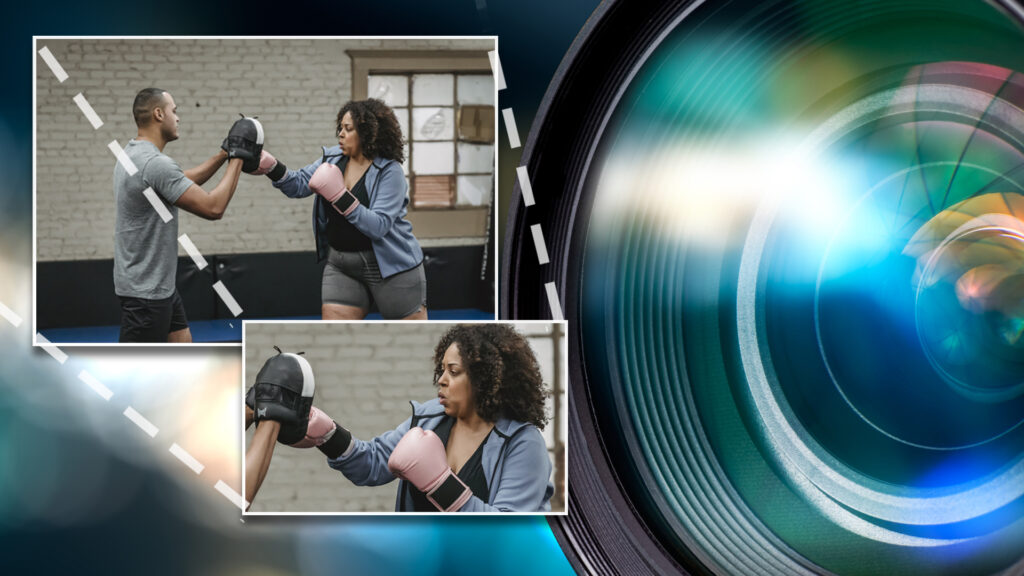 Using multiple cameras to cover an interview or an event can take an otherwise static scene and add some shot variation. It’s not an obscure concept; the more angles and shots an editor has to work with, the more dynamic the finished piece can be. However, as great as it is to have multiple cameras on set, there is a caveat that comes with this; cost.

If the budget allows for multiple cameras and operators, that is a preferable option, but sometimes a video’s finances can limit the scope. Whether you are a client looking to shave off some overhead or an independent producer trying to deliver a polished project with limited crew or gear, there is a potential solution. A simple trick can sometimes be used to simulate a multiple-camera shoot with a single camera.

If the circumstances allow it, there is a rudimentary tactic that can have you seemingly pull off some production voodoo (Blackmagic optional). By using some creative cropping and the proper resolution, you can use a “punch in” effect to simulate a second—or sometimes even a third or fourth—camera.

This technique works best for either stationary shoots or productions in which multiple cameras would have been set up near each other, filming in the same direction. An example would be a stage play, a sit-down interview, a workout demonstration, and other instructional videos.

By filming the project with a single camera in a wide shot, you could crop the image to get a closer focus on a subject. The tradeoff here is the loss of quality when an image is cropped and then expanded to full frame. 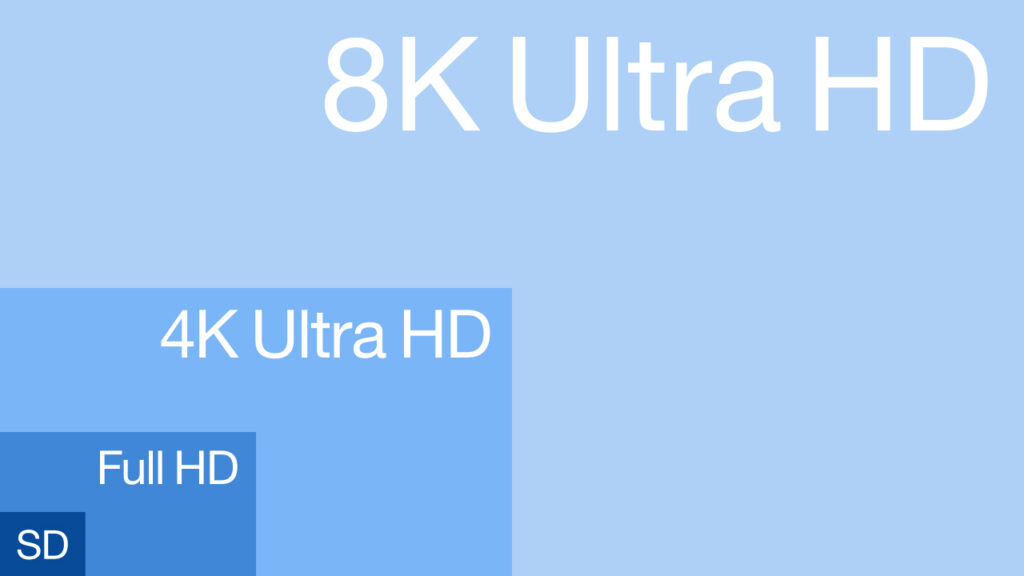 Understanding the relationship between video resolutions is essential for this to work. For the cropped shot to retain its quality, it needs to be filmed at a higher resolution than the finished video. If the final edited product is in 1080HD resolution, then the acquisition format should be 4K (or higher). If the deliverable is in 4K resolution, you’ll need to film in 8K. (You may get away with 6K in some cases with less extreme cropping).

Generally speaking, a format 4x the size of the final resolution will give you better chances of cropping as far in as a quarter of the image without perceivable quality loss. Let’s look at an example scenario: 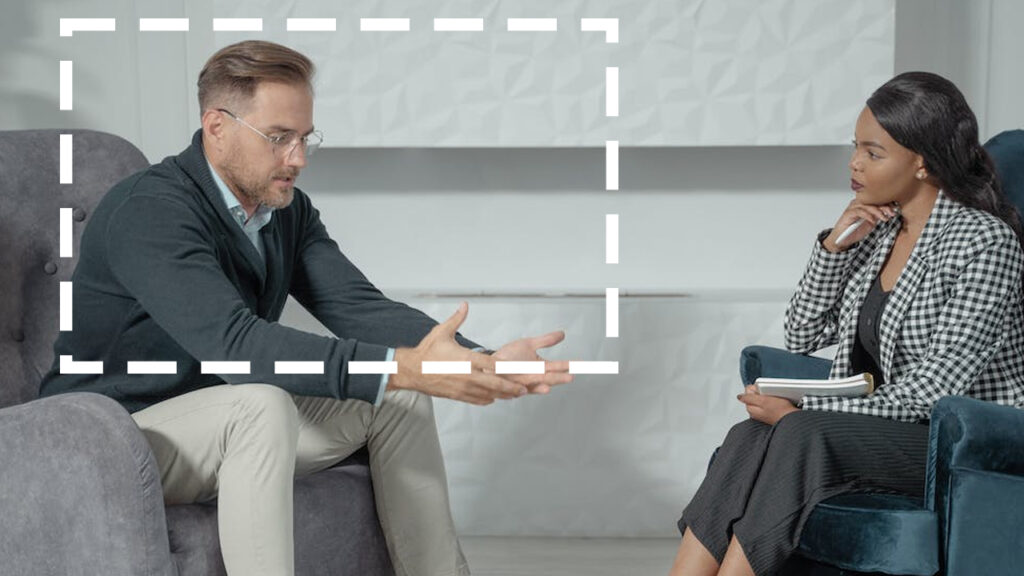 You are filming an interview between two people facing each other in chairs. The project will be delivered in 1080HD (Full HD), and you are filming with a 4K camera.

Record the interview in a single wide shot that includes both people on screen, and in post-production, you can crop into a medium shot of each person to simulate three different cameras. 4K is four times the image size of Full HD, so you can crop into as much as 25% of the original shot and still be within the 1080 resolution.

To effectively utilize this production hack, there are three things you need to be vigilant of; focus, focus, and focus! If your shot is slightly out of focus, that will be amplified and obvious—possibly unusable—when you punch into the closer shot.

The more times you have to repeat a step, the more tedious post-production will be. Instead of making cuts in the timeline and applying a crop every time you want to switch to a “close-up,” treat the project as if you filmed with three different cameras.

Import or render the clip three times in your video editing platform of choice. To use Avid Media Composer as an example: 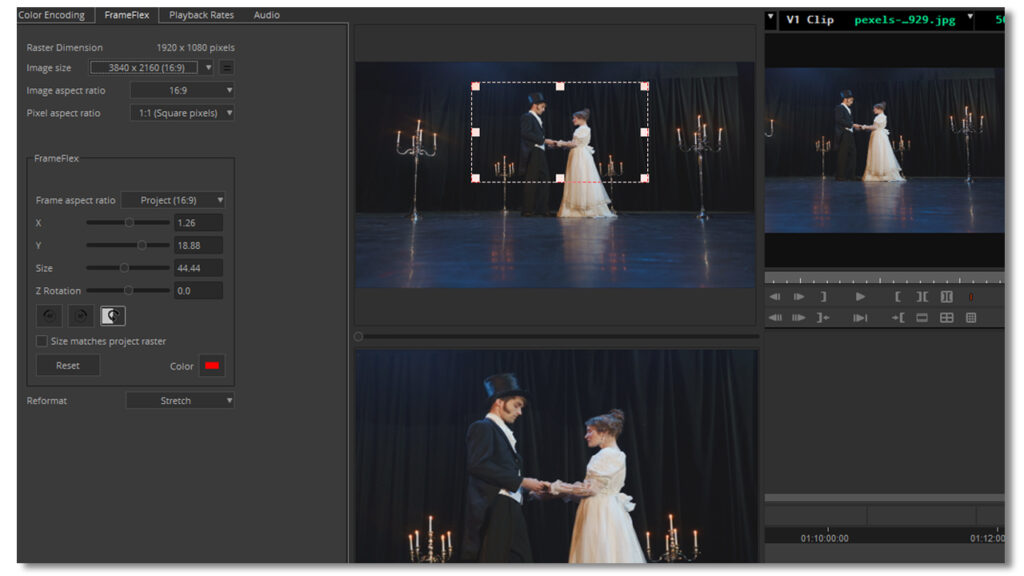 Create a 1080HD project and link to the original 4K video file as a source clip (this will retain the original quality of the raw footage and not “down res” it to HD). This will be the initial wide shot filmed. Transcode this reference file into a new clip in your footage bin. Once that is complete, go back to the original reference clip, and in Avid’s “Source Settings,” select the “Frame Flex” tool. This brings up guides you can adjust to show you a crop window. Shrink the window down (no smaller than a quarter of the picture) and place it over your first speaker, framing it as you would prepare a medium shot. Transcode a new clip from this cropped reference file. Then, repeat the process and move the crop window over your second speaker and transcode your third file.

You should now have three individual renderings of your footage in your bin, one wide shot and two cropped in medium shots. Group these clips together, and you can now edit them as a multi-camera shoot, cutting between sources as you play back. As a bonus, all three clips will have identical timecodes, focus, color grading, and action to cut on.

This technique works best with static camera shots, as trying to crop into a moving subject may add a challenge. Some editing and compositing platforms offer presets for simulated motion filters if you want to give it a “handheld” look.

This isn’t a perfect solution and won’t work for every setup, but if you find yourself in a budget crunch or in a pinch filming a video on your own, this simple technique may help make the project feel a little larger than it actually was.

If you can throw in a second camera, imagine the possibilities this opens up.