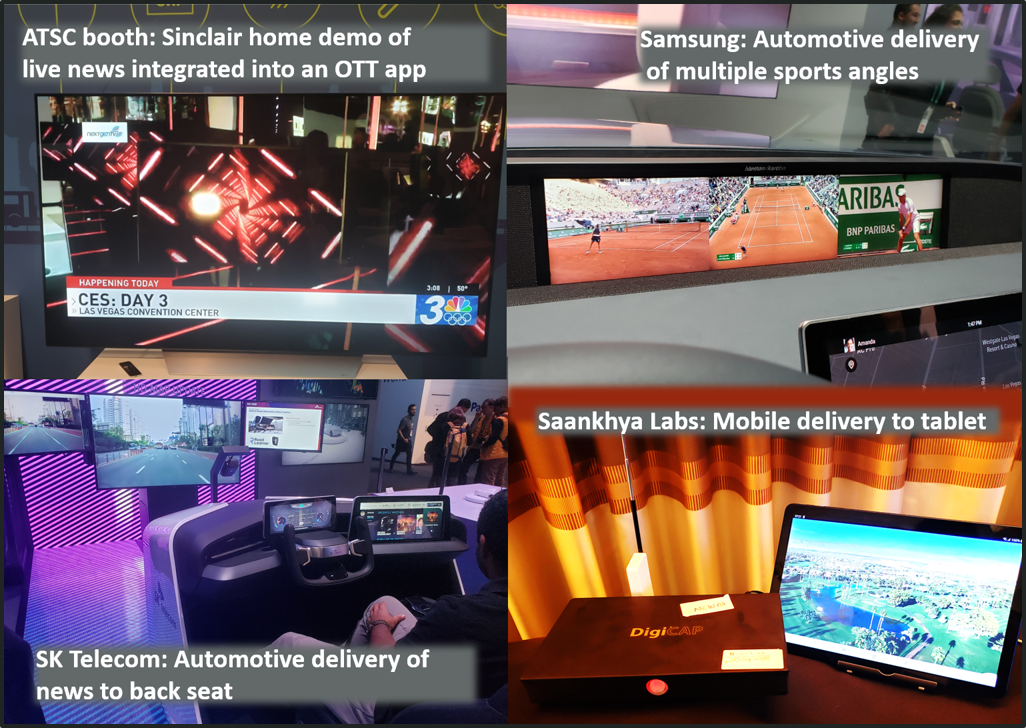 Before the Show began, Sinclair’s KSNV TV switched its back-up transmitter to NextGen TV, enabling the station to provide three live signals for a variety of demonstrations across the Show. The live signals were:

The signals were then used in the following demonstrations:

At the ATSC booth, a live demonstration of a home viewing application
This Sinclair-sponsored demo showed how easy it can be for standard television sets to integrate multiple OTA broadcast channels into a streaming app using an ATSC 3.0 home gateway device (provided by DigiCAP). According to Michael E. Bouchard, VP of Technology Strategies at ONE Media /Sinclair, “Once an ATSC 3.0 home gateway is integrated into a home viewing environment, switching between OTA and OTT channels is as easy as switching between OTT programs.”

At the Samsung and SK Telecom booths, live demonstrations of automotive applications
At both booths, live NextGen TV signals were shown on rear passenger monitors. In addition, the Samsung booth showed multiple angle sports programming on a passenger side monitor.