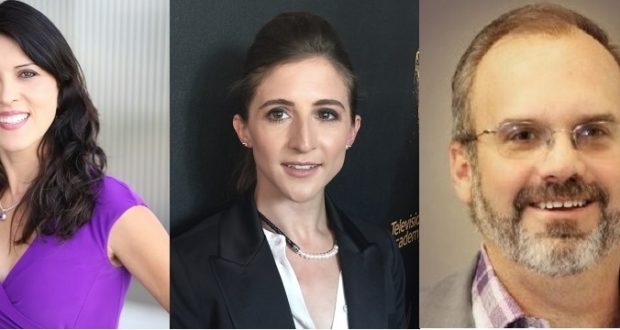 LOS ANGELES — The Hollywood Section of SMPTE®, the organization whose standards work has supported a century of advances in entertainment technology, will examine the entertainment industry’s need for greater diversity in science, technology, engineering, and math (STEM) talent at its monthly meeting, scheduled for Thursday, Oct. 11, in Hollywood.

“Studios, production companies, postproduction facilities, and other employers in the entertainment industry need talent trained in STEM disciplines,” said SMPTE Hollywood Section Manager Ramón Bretón, CTO at 3rd i Digital. “Skilled technologists are essential to fueling further advancements in motion picture and broadcast content creation, and research has demonstrated that, in trying to solve complex problems, it’s critical to draw on individuals with diverse perspectives. We’ll talk about steps companies can take to attract a more diverse talent pool, including more women and people of color, as they fill positions requiring STEM expertise.”

At SMPTE Hollywood Section’s October meeting, a group of highly successful STEM professionals will share their insights on how to encourage more inclusion in Hollywood technology projects. In a series of short presentations and panel discussions, they will offer tips to STEM job-seekers on how to attract the attention of employers and suggest ways that employers can spot the hidden talent that is often right in front of them.

Participants (shown from left to right, above) will include the following:

A networking reception sponsored by Netflix will be held before the meeting.

For more than a century, the people of the Society of Motion Picture and Television Engineers, or SMPTE (pronounced “simp-tee”), have sorted out the details of many significant advances in media and entertainment technology, from the introduction of “talkies” and color television to HD and UHD (4K, 8K) TV. Since its founding in 1916, SMPTE has received an Oscar® and multiple Emmy® Awards for its work in advancing moving-imagery engineering across the industry. SMPTE has developed thousands of standards, recommended practices, and engineering guidelines, more than 800 of which are currently in force today. SMPTE Time Code™ and the ubiquitous SMPTE Color Bars™ are just two examples of SMPTE’s notable work. Now in its second century, SMPTE is shaping the next generation of standards and providing education for the industry to ensure interoperability as the industry evolves further into IT- and IP-based workflows.

SMPTE is a global professional association of technologists and creatives who drive the quality and evolution of motion imaging. Its membership today includes more than 7,000 individuals: motion-imaging executives, creatives, technologists, researchers, and students who volunteer their time and expertise to SMPTE’s standards development and educational initiatives. A partnership with the Hollywood Professional Association (HPA) connects SMPTE and its membership with the businesses and individuals who support the creation and finishing of media content. Information on joining SMPTE is available at smpte.org/join.