The Society of Motion Picture and Television Engineers (SMPTE) “kicks off” a wonderful luncheon today(October 24th), presented by HPA Women In Post, and SMPTE, and will feature engaging conversation with Victoria Alonso, Marvel Studios’ Executive Producer and Executive Vice President of Physical Production the “sit and chat” will be moderated by Kari Grubin, Vice President, Mastering, The Walt Disney Studios! *Here’s a run down of the their respective biographies provided by SMPTE: 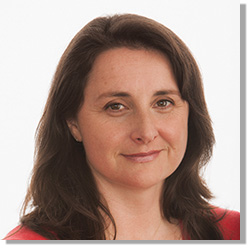 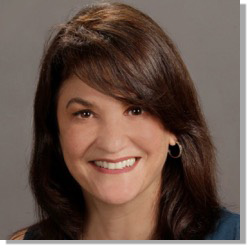 *Kari Grubin joined The Walt Disney Studios in 2015 as the Vice President of Mastering for Studio Operations, where she is tasked with developing a long-term strategic vision for Mastering across the title lifecycle. She serves as the technical lead and key contributor to resolving planning conflicts, version control and general performance in the area of mastering. In addition, Kari is the Chair of Women in Post for the Hollywood Post Alliance and has been an active member of the HPA since 2002 as well as SMPTE.Her early career included work in staff positions at Universal Studios Hollywood and as an assistant film editor in the 1990’s, moving to Paramount Pictures Digital Mastering Operations where her last position was Head of Technical Operations.  In 2002, she formed Global Entertainment Partners (GEP). As co-owner and General Manager, she grew the company to include 2K/HD Digital Intermediates and Mastering, Dailies services, LibraryRestoration and Re-Mastering, along with Editorial. In 2006, Grubin and her partner sold GEP to Deluxe Entertainment Services Group.From 2006 – 2013, Kari was Vice President of Post and Restoration for Deluxe Digital Media, a subsidiary of Deluxe Entertainment Services Group. She was responsible for business lines that included Library Restoration and Re-Mastering (4K, 2K, HD), Reality TV Finishing Services, Editorial, Digital Archive migration, Digital Intermediates and Dailies Services. As a member of the Deluxe Executive Team, she collaborated on the end-to-end services for Disney and Fox.  Kari also spent two years at NSS Labs as Sales Director focusing on the Entertainment Sector. NSS is the leading information security research and advisory company that is both an analyst firm and testing laboratory, specializing in cyber security.

Women in Post was created to provide leadership and visibility opportunities for women working in post-production at all levels, in motion pictures, television, commercials and other media. It is a community for women to network, learn and share information and ideas in a friendly, welcoming environment. Our mission is to:

The HPA is delighted to be joining with SMPTE in partnership to further the interactions between the creative, business communities and the technical experts that drive innovation forward. The HPA is dedicated to the notion that in times of technological and economic challenge and opportunity, the professional media content community can better be served if the entire industry learns and works together. The HPA Awards support this notion by promoting creative artistry in the field of post production and recognizing the achievement of talent, innovation and engineering excellence in the larger professional media content industry. The first annual HPA Awards were held in November, 2006.